Official site of The Week Magazine, offering commentary and analysis of the day’s breaking news and current events as well as arts, entertainment, people and gossip, and political cartoons.
— Read on theweek.com/speedreads/924153/health-secretary-azar-wrongly-claims-healthcare-workers-dont-infected-argument-reopening-schools

International students contributed $45 billion to the U.S. economy in 2018, according to the U.S. Department of Commerce. Support about 400,000 jobs and Trump wants to throw that away! 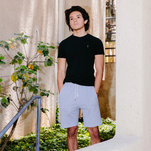 International students will be required to take at least one in-person class to keep their visas, at a time when many universities are prioritizing online instruction.

And in three states that have been hit hardest with the virus this summer—Arizona, Texas, and Florida—hospitalization rates, including intensive care unit (ICU) admissions, are increasing at an alarming rate.

HONG KONG • Hong Kong’s national security law does not spell “doom and gloom”, its leader Carrie Lam said yesterday, as she tried to calm unease over legislation that critics say could quash freedoms that have underpinned the city’s success as a financial hub.

The sweeping legislation that Beijing imposed on the former British colony punishes what China defines as secession, subversion, terrorism and collusion with foreign forces, with up to life in prison.

It came into force at the same time it was made public, just before midnight on June 30, with police arresting more than 300 people in protests the next day – about 10 of them, including a 15-year-old, for suspected violations of it.

“Surely, this is not doom and gloom for Hong Kong,” Mrs Lam, the city’s Beijing-backed Chief Executive, told a weekly news conference. “I’m sure, with the passage of time… confidence will grow in ‘one country, two systems’ and in Hong Kong’s future.”

The legislation has been criticised by democracy activists and Western governments for undermining freedoms guaranteed under the “one country, two systems” formula agreed when Hong Kong returned to Chinese rule in 1997.

Hong Kong and Chinese officials say the law, which gives mainland security agencies an enforcement presence in the city for the first time, is vital to plug holes in national security defences, exposed by the city’s failure to pass such legislation as required under the Basic Law, its mini-Constitution.

Mrs Lam said cases involving the new mainland agents would be “rare”, but nevertheless, national security was a “red line” that should not be crossed.

The law was not harsh when compared with that of other countries, she said. “It is a rather mild law. Its scope is not as broad as that in other countries and even China.”

Critics say the aim of the legislation is to stamp out a pro-democracy movement that brought months of protests, at times violent, to the city last year.

Late on Monday, Hong Kong released details of how the law would be implemented, outlining police powers over the Internet, including the ability to ask publishers to remove information deemed a threat to national security.

Internet firms and their staff face fines and up to one year in jail, if they do not comply and police can seize their equipment. The companies are also expected to provide identification records and decryption assistance.

But Mrs Lam said she had not noticed widespread fears and the law would restore the city’s status as one of the safest in the world after last year’s violent pro-democracy protests. Despite her assurances, the law has had a chilling effect.

“If Hong Kong police and the government do not get information from Facebook, they may have other means,” said 45-year-old playwright Yan Pat-To.

“The fear has spread over freedom of expression.”

Shortly after the law came into force, pro-democracy activists disbanded their organisations.

Many shops have removed protest-related products and decorations, and public libraries have removed some books seen as supportive of the democracy movement.

Protesters have quickly learnt that actions that were not worthy of police attention a little more than a week ago could now warrant an arrest, a DNA sample and search of their home.

“It is unnecessary, intrusive and disproportionate,” she said. “I don’t know why they had to take DNA samples. We don’t know what kind of database they’re trying to build which might be sent back to the central government in Beijing.”

Police said the samples were to prove – or disprove – that those held had committed the offences.

The final power of interpretation of the law lies with the authorities in mainland China, where human rights groups have reported arbitrary detentions and disappearances. China has been clamping down on dissent and tightening censorship.

“Ultimately, time and facts will tell that this law will not undermine human rights and freedoms,” she said.

Days after a protester was killed when a driver plowed through a demonstration in Seattle, a sheriff’s detective was suspended for saying “all lives splatter” in a Facebook post. A … Click to Continue »

At least eight Mississippi lawmakers have tested positive for the coronavirus after working for weeks in a Capitol where many people stood or sat close together and did not wear masks.

Among those who have publicly acknowledged having COVID-19 are Lt. Gov. Delbert Hosemann, who presides over the Senate, and House Speaker Philip Gunn.

The state health officer, Dr. Thomas Dobbs, said Tuesday there are also at least 11 other suspected cases of the virus among legislators and Capitol employees. In addition, Dobbs said the highly contagious virus is spreading at parties and other social gatherings around the state.

DeSantis on Tuesday, however, refused to address the fact that the state has yet to make good on its promise when asked by a Miami Herald reporter.

Israel’s public health director quit on Tuesday amid a spike in new coronavirus cases, saying it had reopened the economy too rapidly and had lost …