Boeing, Lockheed-Martin, Northrop Grumman, Raytheon, General Dynamics, Booz Allen Hamilton all controlled by US military via billions of dollars of contracts. Should other nations refuse to do business with them based on similar rationale?

An anonymous reader quotes a report from Reuters: The Trump administration has determined that top Chinese firms, including telecoms equipment giant Huawei Technologies and video surveillance company Hikvision, are owned or controlled by the Chinese military, laying the groundwork for new U.S. financial sanctions, according to a document seen by Reuters on Wednesday. The list of 20 companies that Washington alleges are backed by the People’s Liberation Army also includes China Mobile Communications Group and China Telecommunications Corp as well as aircraft manufacturer Aviation Industry Corp of China.

The designations were drawn up by the Defense Department, which was mandated by a 1999 law to compile a list of firms “owned or controlled” by the People’s Liberation Army that provide commercial services, manufacture, produce or export. The Pentagon’s designations do not trigger sanctions, but the law says the president may declare a national emergency which would allow him to penalize any companies on the list that operate in the United States.

President Donald Trump’s administration has confirmed that Trump has been wildly inaccurate when he has claimed he inherited “no ventilators” from the Obama administration.
— Read on edition.cnn.com/2020/06/24/politics/fact-check-trump-16000-ventilators-stockpile-obama/index.html

“The president of the United States is not a civilian,” said a White House spokesman when asked about Trump’s compliance with the New Jersey Covid-19 quarantine order.
— Read on www.cnbc.com/2020/06/24/trump-will-not-follow-new-jersey-coronavirus-quarantine-order.html

He is going golfing as Commander in Chief? 😜

The research was the target of a conspiracy theory about the origin of the new coronavirus.
— Read on arstechnica.com/science/2020/06/white-house-ordered-nih-to-cancel-coronavirus-research-funding-fauci-says/

The advisory not only applies to out-of-state residents. Any New Yorker that leaves to visit those states would be subject to quarantine upon their return, Cuomo said.

Facebook is “aiding and abetting the spread of climate misinformation,” said Robert Brulle, an environmental sociologist at Drexel University. “They have become the vehicle for climate misinformation, and thus should be held partially responsible for a lack of action on climate change.” From a report: Brulle was reacting to Facebook’s recent decision, made at the request of climate science deniers, to create a giant loophole in its fact-checking program. Last year, Facebook partnered with an organization, Science Feedback, that would bring in teams of Ph.D. climate scientists to evaluate the accuracy of viral content. It was an important expansion of the company’s third-party fact-checking program. But now Facebook has reportedly decided to allow its staffers to overrule the climate scientists and make any climate disinformation ineligible for fact-checking by deeming it “opinion.”

The organization that requested the change, the CO2 Coalition, is celebrating, E&E news reported on Monday. The group, which has close ties to the fossil fuel industry, says its views on climate change are increasingly ignored by the mainstream media. Now it plans to use Facebook to aggressively push climate misinformation on the public — without having to worry about fact checks from climate scientists. A column published in the Washington Examiner in August 2019 claimed that “climate models” were a “failure” that predicted exponentially more warming of the earth than has occurred. The piece, co-authored by notorious climate science denier Pat Michaels, was quickly shared more than 2,000 times on Facebook. There was just one issue: It wasn’t true. This is exactly the kind of mess that Facebook’s network of independent fact-checkers is supposed to solve.

The bill was proposed by Sen. Lindsey Graham, chairman of the Senate Judiciary committee, along with Sens. Tom Cotton and Marsha Blackburn 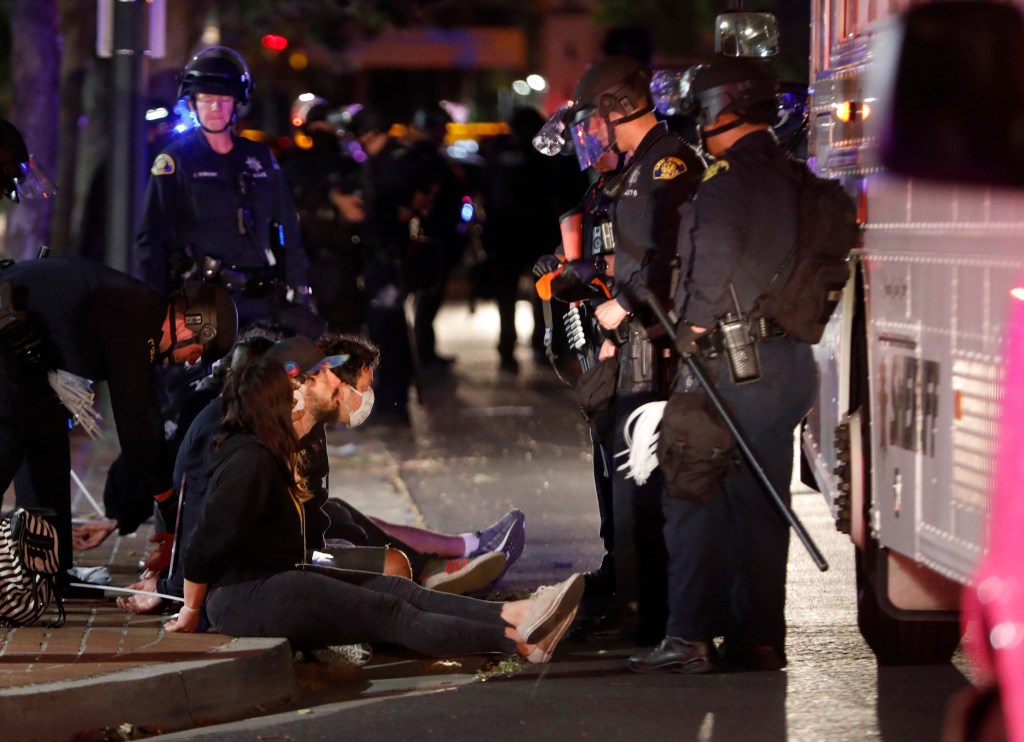 Following through on a promise to reform the city’s police department while resisting activists’ demands to gouge its budget, San Jose Mayor Sam Liccardo on Wednesday unveiled a nine-point plan to strengthen oversight and accountability of the force.

Liccardo’s plan calls for conducting a full audit of the police department’s $449 million budget so officials can identify where potential cuts could be made without severely reducing services. The proposed reforms would include creating a public demographic database of everyone stopped and detained within the city, banning the use of rubber bullets entirely and transferring the authority to investigate police misconduct from the department’s Internal Affairs unit to an outside party, such as the independent police auditor.

“This isn’t the final word on meaningful reform in San Jose,” Liccardo said in an interview about the plan. “This is just part one of the conversations that we know will last many weeks and months.”

The mayor’s new proposal comes about three weeks after San Jose residents took to the streets to join nationwide protests over police killings and racism in the wake of George Floyd’s death in Minneapolis. Citing a need to crack down on incidents of violence and burglary during the first few days of demonstrations, city officials instituted a citywide curfew order and officers clad in riot gear fired rubber bullets and tear gas into crowds — at times without distinguishing between peaceful protesters and passive bystanders and those potentially committing crimes.

The officers’ hostile response to protesters — marked by Officer Jared Yuen’s taunts of “Let’s get this motherf—er” and “Shut up bitch” — prompted many San Jose residents to join a growing nationwide chorus demanding that elected officials defund law enforcement agencies and divert the money toward community-led interventions and programs.

In contrast to city officials in Los Angeles and Minneapolis who heeded those calls, Liccardo rebuffed the outcry from hundreds of residents to defund San Jose’s police department, noting the force is already so small that some residents have been asking for more cops on the streets over the years. He said he favors reforms over slashing budgets.

In particular, the mayor cited data from the FBI’s Crime Data Explorer showing that San Jose has less than half the ratio of officers to residents than both Los Angeles and San Francisco and less than a fifth than New York and Chicago.

Liccardo acknowledged that he’s “fairly confident” some residents will not think the plan goes far enough, but he said, “this is not about making everyone happy.”

“This is about taking significant steps forward on a path of reform that will put us well ahead of nearly every other city in the nation,” he said.

A summary of the mayor’s nine-point plan includes the following steps:

The San Jose Police Department attempted to quell the concerns of some residents earlier this month by quickly instituting a ban on rubber bullets to disperse crowds and updating crowd-control training. But the department still allows rubber bullets to be fired in crowds, such as at protests, when an aggressor threatens to harm others.

Liccardo said dozens of accounts from journalists and non-violent protesters earlier this month showed that the projectiles are “a very imprecise tool, with a high probability of inaccuracy,” which is why he wants the city council to ban them entirely.

Liccardo’s proposal aims to serve as a road map for the city’s police department and city administrators to follow as they develop city policies and implement the reforms. Some measures in the nine-step plan, including further analysis of city policing data and exploring options to separate non-criminal and criminal response protocol, could be achieved with funding set aside in the city’s 2020-2021 budget that was finalized Tuesday night and a newly established Office of Racial Equality.

The San Jose City Council next week is already expected to move forward with a November ballot measure that would expand the purview of the city’s independent police auditor to review complaints made within the department and enable largely unfettered access to police records. The IPA currently reviews citizen and community complaints made directly to them or internal affairs, but their scope does not cover incidents where police officers and employees initiate complaints against each other.

But other reforms, such as changes to the arbitration and investigation processes of police misconduct claims, may require additional funding sources not yet pinned down, as well as negotiations with the union that represents the city’s police force, the Police Officers Association.

“Given where we are today, we need to rethink the model and that’s going to take some time,” Liccardo said. “It’s not going to happen overnight and it’s going to require a lot of negotiation and community engagement.”

This story will be updated. A glacier in New Zealand has lost enough water through ice melt over three years to provide drinking water to every citizen for the same period. Scientists say many glaciers are in danger of disappearing completely.