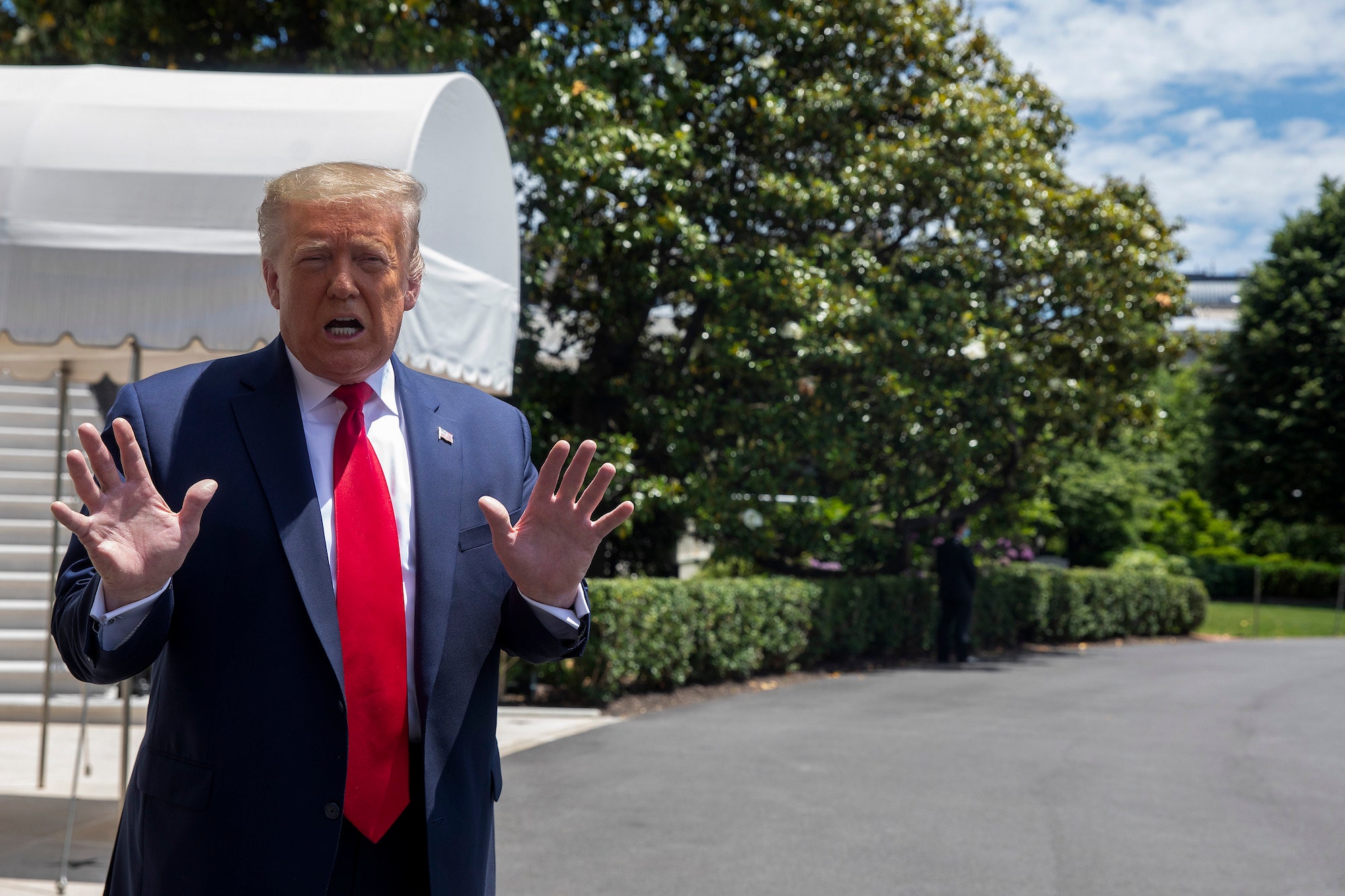 Trump and his administration have put the pandemic behind them—even as states see new spikes after easing social distancing restrictions. 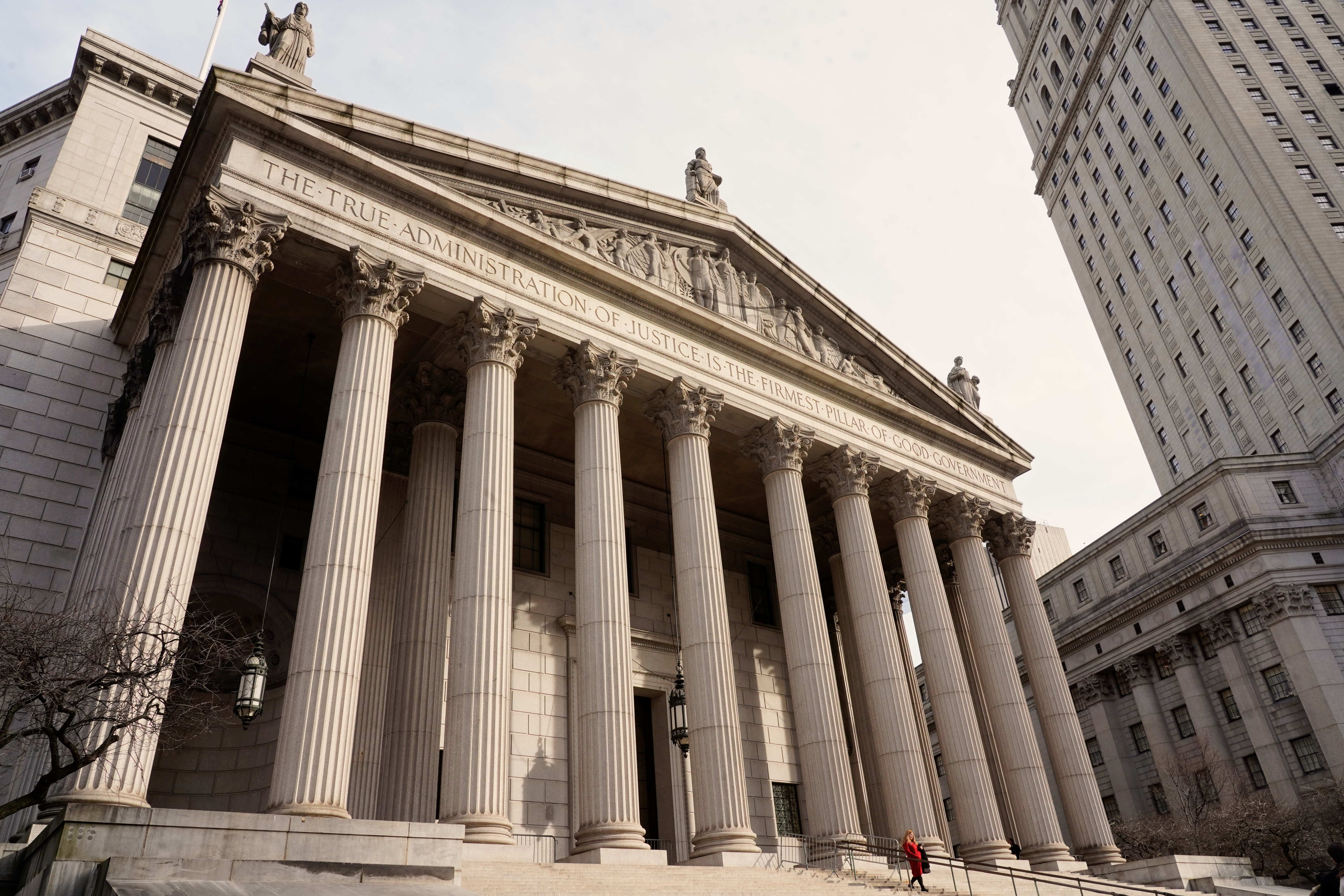 The suit was brought by the state attorney general and the Brooklyn district attorney after a sharp increase in courthouse arrests by Immigration and Customs Enforcement after President Trump took office. [ more › ]

“This is the time for us to finally make a difference,” the N.B.A. superstar said of the new group, which will aim to protect African-Americans’ voting rights.

Donald Trump said on Wednesday he would “not even consider” renaming US military bases that are named after Confederate military leaders, even though the Pentagon has indicated it is open to the idea.

The statement from the US president came amid widespread anti-racism protests that have convulsed the country and were triggered by the police killing of George Floyd in Minneapolis last month. 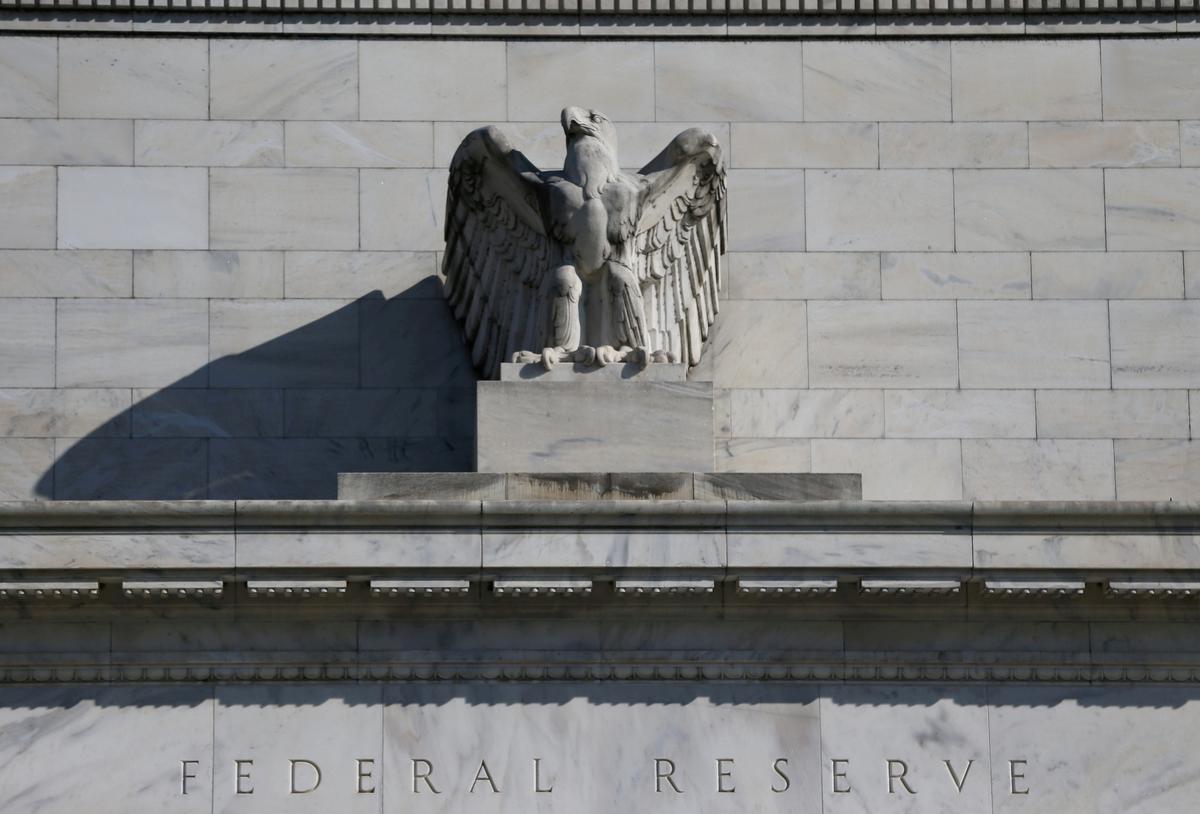 The U.S. Federal Reserve on Wednesday signaled years of extraordinary support for an economy facing a torturous slog back from the coronavirus pandemic, with policymakers projecting a 6.5% decline in gross domestic product this year and a 9.3% unemployment rate at year’s end.

“A major factor is that Tamil Nadu’s contact tracing is not rigorous enough, and testing was not systematic until late May,” said Dr T. Sundararaman, a public health expert. Even after the nationwide lockdown and closure of flights, trains and buses, the state tested only cases with travel history and direct contact with Covid-19 patients. Only since late May did it begin to test people with coronavirus symptoms. But it still does not test patients suspected of having died from the disease. This leads to a misleadingly low death rate and no tracing of the contacts of the deceased.

Cases in Arizona — one of the first states to reopen in mid-May — have increased 115% since the lockdown eased. A former state health chief warned that a new stay-at-home order or field hospitals may be needed. Utah and New Mexico all posted rises of 40% or higher for the week ended Sunday, compared with the prior seven days, according to a Reuters analysis. California has also seen an uptick in cases and has placed nine counties on a watch list, meaning harsher coronavirus measures could be reinstated. The counties the list include Los Angeles, Santa Clara and Fresno ­­— where 18 million of California’s 39 million residents live, reported Reuters.

In Mr Jain’s case, the first two hospitals refused to take his brother-in-law, saying there were no beds. He was admitted by a third hospital but it discharged him after he tested positive for Covid 19, saying it did not have an isolation ward.

“They had no ambulances so I had to arrange for a private ambulance. The ambulance didn’t have an oxygen cylinder. I begged the hospital to give me one but they refused,” said Mr Jain.

A fourth hospital also had no beds and referred him to a fifth, where he and his sister, the wife of the patient, had to physically move the sick man from the ambulance to the room because health workers were overwhelmed by other Covid 19 cases.

Tragically, Mr Jain’s brother-in-law, a businessman, died on June 3 from Covid 19. Mr Jain’s sister and her children, aged 21, 18 and 12, have tested positive and are now in home quarantine.

Mr Jain said: “He passed away before my eyes. The hospital said you should cremate the body yourself. At the crematorium, me and my nephew, 18, bought PPE kits, which is sold there and we had to do the last rites ourselves.

Red is the colour Of blood that flows in our veins It is not black, whiteBlack, white is not a colour Just the darkness in our minds.# Tanka An old poem of mine written several years ago .