In Forks, Washington, a multi-racial family of four was harassed by armed locals, who believed they represented an antifa incursion. The family had arrived in town on a camping trip, traveling in a full-sized school bus. Local police say they were confronted by “seven or eight carloads” of people, who aggressively questioned them about their antifa connections. When the family attempted to drive off, locals felled trees across the roadway to prevent them from escaping. They were only able to leave after a group of students intervened.

The Associated Press has catalogued at least five separate rural counties where locals have warned of imminent attacks, although none of the rumors have been substantiated. Notably, the rumors are often tailored to a specific local region, a “hyperlocal” approach sometime used to boost the spread of misinformation on social media platforms.

Dear Members of the BirdsCaribbean Community, Recent, tragic events serve as a stark reminder that racism and racial injustices continue to tear apart and divide communities around the world. Direct and indirect violence, discrimination, and oppression against black people cannot be tolerated. Our hearts go out to those that have been—and continue to be—hurt and […]

(Washington, DC) – The United States federal government should immediately stop deploying federal agents without relevant training or those from abusive agencies to protests across the country, Human Rights Watch said today. The protests have focused on deadly police violence against Black people and structural racism in the United States.

On June 2, 2020, the US government deployed officers from nearly a dozen federal agencies to control protests in Washington, DC, and other cities. Many of these agencies were unlikely to provide training in crowd control, increasing the risk of abuse. The deployment of US Customs and Border Protection (CBP) and US Immigration and Customs Enforcement (ICE) raised particular concerns due to their histories of human rights violations and lack of accountability.

“Border Patrol agents have a disturbing record of killing people, including US citizens, with impunity, and ICE has a history of violating detainees’ rights,” said Nicole Austin-Hillery, US program director at Human Rights Watch. “As people protest police brutality and encounter new police abuses, these agents risk infusing more danger into volatile situations.”

A 2014 independent review of 67 incidents in which Border Patrol agents used deadly force found that “Agents have deliberately stepped in the path of cars, apparently to justify shooting at the drivers and have fired in frustration at people throwing rocks from the Mexican side of the border.”

One policy organization found that of 809 complaints of alleged abuse lodged against Border Patrol agents between January 2009 and January 2012, 97 percent resulted in “no action taken” by the agency. A June 2015 interim report of the Customs and Border Protection Integrity Advisory Panel similarly found that “CBP did not have sufficient IA [internal affairs] investigators to investigate these incidents, nor until recently did its IA investigators have authority to conduct investigations involving potential criminal misconduct in the exercise of use of force by CBP’s LEOs [Law Enforcement Officers.]”

Incidents involving use of force by firearm have declined in recent years, but there has been an increase in dangerous and sometimes lethal car pursuits by Border Patrol agents, even as police agencies have placed more restrictions on when to pursue fleeing suspects. The agency has not updated its use-of-force statistics since fiscal year 2018.

Residents of border communities have complained repeatedly about racial profiling by Border Patrol agents. A Justice Department “guidance” limiting the use of race, national origin, and other factors in making routine or spontaneous law enforcement decisions, such as traffic stops, has a broad exception for interdiction activities at the border.

In Washington State, the agency settled a 2012 lawsuit that accused the Border Patrol of failing to establish reasonable suspicion before stopping drivers in the Olympic Peninsula and seemingly making decisions to stop people “based on nothing other than the ethnic and/or racial appearance of a vehicle’s occupants.” In 2019, two women, both US citizens, filed a lawsuit alleging racial profiling after Border Patrol agents held them for 40 minutes in a parking lot in Montana after hearing them speak Spanish.

In 2019, ProPublica revealed a secret Facebook group in which current and former Border Patrol agents joked about migrant deaths and made racist and sexist jokes about migrants and US elected officials. In 2019, agents were revealed to have harassed, surveilled, interrogated, and detained journalists, lawyers, and activists at the US-Mexico border, interfering with their freedom of speech and movement.

Border Patrol agents have also failed to uphold and enforce US asylum laws, in their repeated failures to properly identify people who are seeking asylum. Asylum officers within the US Citizenship and Immigration Services and their union have repeatedly provided internal reports on multiple cases of intimidation, verbal, and even physical abuse against migrants by Border Patrol officers.

ICE also has a long record of rights violations against migrants in custody. ICE is responsible for maintaining a sprawling detention system in which the United States holds many people, with no individualized consideration of whether detention is necessary, and in which systemic failures in medical care have led to preventable deaths. People in detention, including transgender women, have long reported sexual harassment and abuse that has gone unaddressed. ICE has arrested or attempted to arrest people at courthouses, affecting domestic violence survivors’ safety and due process rights in general.

“The US government should be setting an example at this crucial moment by holding its law enforcement officers, including Border Patrol and ICE agents, accountable for abuses,” Austin-Hillery said. “Deploying abusive agencies to police protests instead sends a message of utter contempt for protesters’ rights and well-being.”

Don’t Fence Me In – https://youtu.be/4QEM6UAyicA 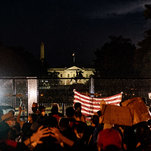 It increasingly resembles a Washington version of the Green Zone that sheltered American and Iraqi officials in Baghdad.

Now, what would he do if they offered to let a Trump hotel to take over the property? Lol 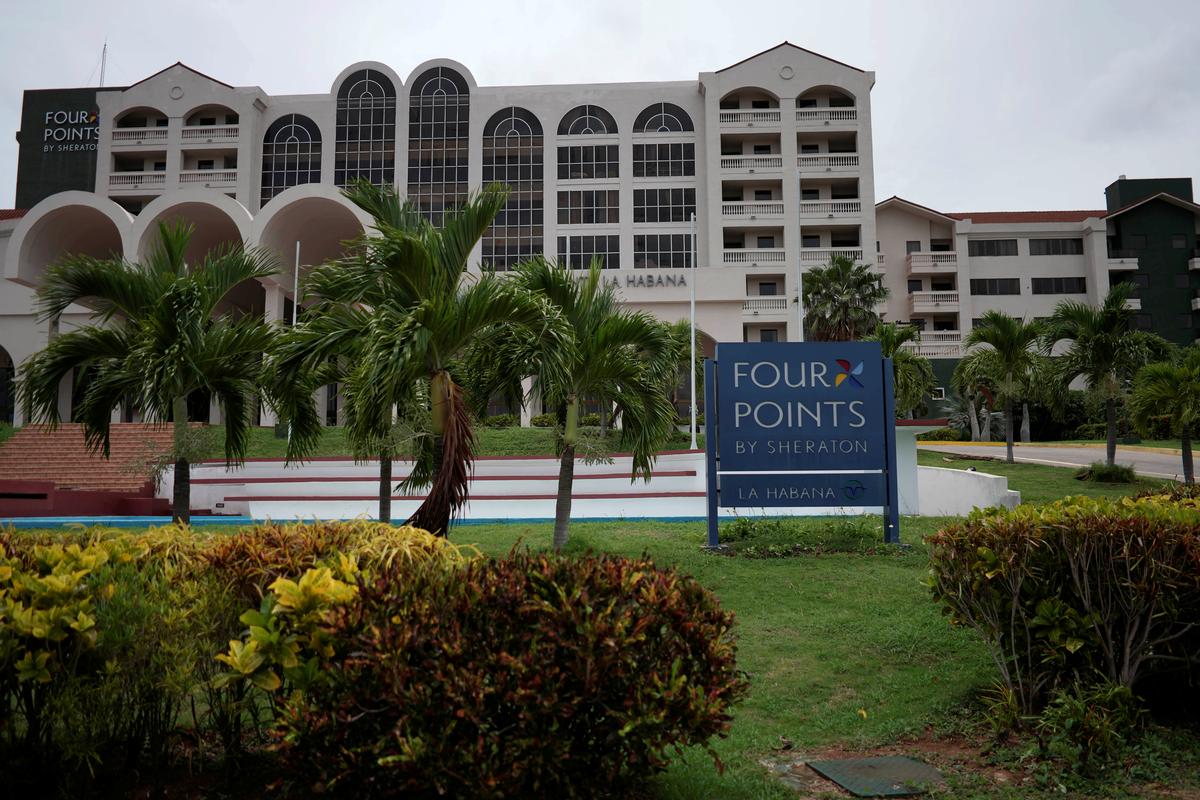 The Trump administration has ordered Marriott International to wind down hotel operations in Communist-run Cuba, a company spokeswoman told Reuters, extinguishing what had been a symbol of the U.S.-Cuban detente. 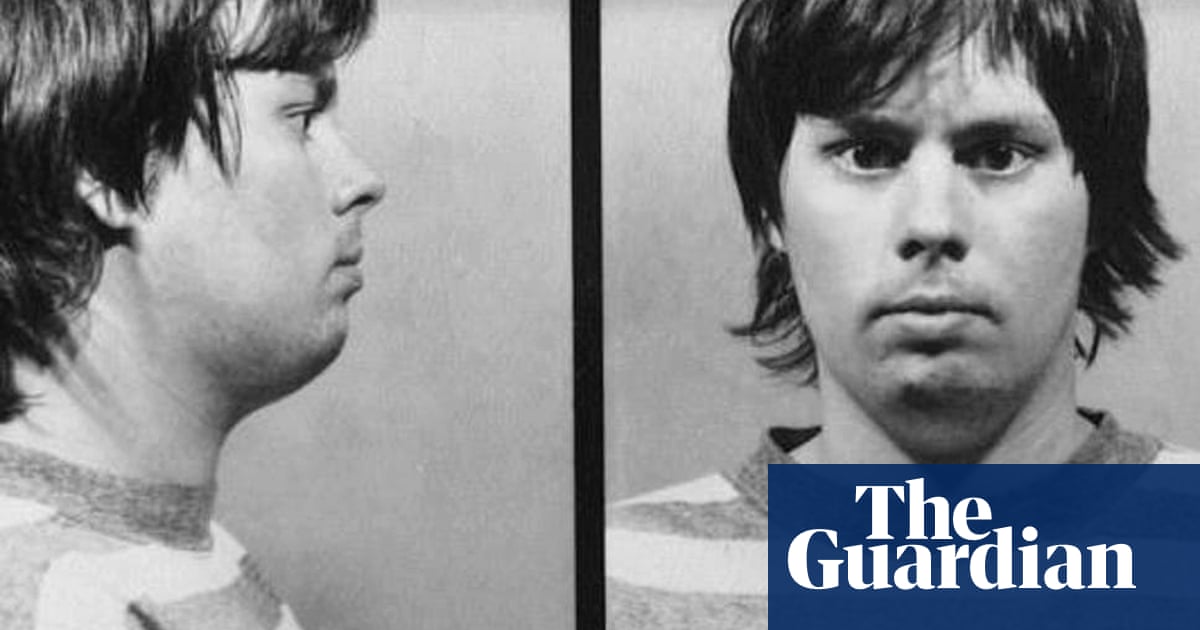 A man who spent more than 23 years on death row in Pennsylvania for a crime he did not commit walked free from jail on Friday.

A judge overturned Walter Ogrod’s conviction in the sexual assault and murder of four-year-old Barbara Jean Horn, his neighbor in Philadelphia, in July 1988.

Like anti-vaxers, they are willing to kill people to push their faux idea of freedom!

Raw milk advocates are questioning the coroner’s finding that drinking unpasteurised dairy caused the death of three-year-old in 2014.

In total, we have archived 140 incidents involving at least 157 journalists and we will be continuing to track and locate these incidents for as long as they continue to happen, updating our map periodically. To give you perspective on just how enormous this number really is, the U.S. Press Freedom Tracker tracked 150 press freedom violations for the whole of 2019. The incidents in these protests have almost surpassed the 2019 numbers in a week.

Source: bellingcat – Visualizing Police Violence Against Journalists At Protests Across The U.S – bellingcat Anti-government protesters are “outcasts, delinquents, and addicts,” according to the Brazilian president. Jair Bolsonaro has threatened to call on security forces for an upcoming pro-democracy protest over the weekend. Hamburg police have dispersed Black Lives Matter protesters, citing a violation of coronavirus restrictions. Germany held the largest demonstrations over the death of George Floyd outside the US on Friday.