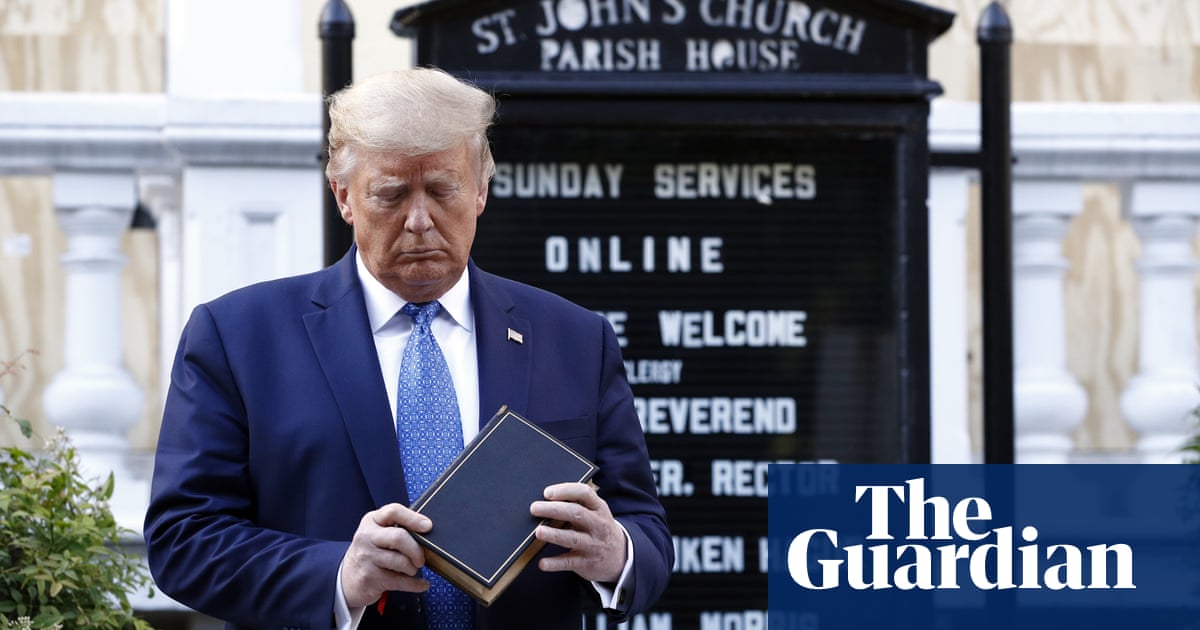 The Episcopal bishop of Washington DC has said she is “outraged” after officers used teargas to clear a crowd of peaceful protesters from near the White House to make way for Donald Trump.

Minutes after speaking in the Rose Garden about the importance of “law and order” to quell the unrest over the killing of George Floyd by Minneapolis police, Trump walked across the street to St John’s Episcopal church, where every American president since James Madison has worshipped.