BEIJING (AFP) – The Chinese virology institute in the city where Covid-19 was first detected has three live strains of bat coronavirus on-site, but none match the new contagion wreaking chaos across the world, its director has said.

Scientists think Covid-19 – which first emerged in Wuhan and has killed some 340,000 people worldwide – originated in bats and could have been transmitted to people via another mammal.

But the director of the Wuhan Institute of Virology told state broadcaster CGTN that claims made by US President Donald Trump and others the virus could have leaked from the facility were “pure fabrication”.

In the interview filmed on May 13 but broadcast Saturday night (May 23), Dr Wang Yanyi said the centre has “isolated and obtained some coronaviruses from bats.”

“Now we have three strains of live viruses… But their highest similarity to Sars-CoV-2 only reaches 79.8 per cent,” she said, referring to the coronavirus strain that causes Covid-19.

One of their research teams, led by Professor Shi Zhengli, has been researching bat coronaviruses since 2004 and focused on the “source tracing of Sars”, the strain behind another virus outbreak nearly two decades ago.

“We know that the whole genome of Sars-CoV-2 is only 80 per cent similar to that of Sars. It’s an obvious difference,” she said.

“So, in Professor Shi’s past research, they didn’t pay attention to such viruses which are less similar to the Sars virus.”

Conspiracy rumours that the biosafety lab was involved in the outbreak swirled online for months before Mr Trump and US Secretary of State Mike Pompeo brought the theory into the mainstream by claiming that there is evidence the pathogen came from the institute.

The lab has said it received samples of the then-unknown virus on Dec 30, determined the viral genome sequence on Jan 2 and submitted information on the pathogen to the WHO on Jan 11.

Dr Wang said in the interview that before it received samples in December, their team had never “encountered, researched or kept the virus.”

“In fact, like everyone else, we didn’t even know the virus existed,” she said. “How could it have leaked from our lab when we never had it?”

The World Health Organisation said Washington had offered no evidence to support the “speculative” claims.

In an interview with Scientific American, Prof Shi said the Sars-CoV-2 genome sequence did not match any of the bat coronaviruses her laboratory had previously collected and studied.

Source: Nearly half of Twitter accounts pushing to reopen America may be bots | MIT Technology Review

On Wednesday evening, a 20-year old construction worker drove to the Westgate Entertainment Center, near Phoenix Arizona, a popular spot for shoppers and diners that had only just been reopened to the public after the state’s quarantine restrictions were lifted. He was armed with an AR-15 rifle.

In a live Snapchat video he told the world that “I’m going to be the shooter of Westgate 2020. This is to get back to mean society, so let’s get this done.”

Then he marched into the mall, AR-15 in one hand, cell phone in the other, ultimately gunning down three victims — none of whom, thankfully, have died — before his rifle jammed. He streamed at least some of his rampage on Snapchat, excerpts of which are going around online (I’m not going to link to them.) Police arrived quickly and arrested him, they said, without incident.

Yesterday, at the shooter’s first court apperance, Maricopa County prosecutor Edward Leiter filled us in on what he said were the shooter’s motives. The shooter, he said, had told investigators that he identified as an incel, and that his shooting rampage was an attempt to

The shooter, he continued, “specifically said that he was targeting couples,” and indeed two of the victims were reportedly a couple.

Do we need to know any more about this creep? We don’t need to know any more. This is all textbook incel shooter shit. And it’s the second time this week I’ve had to write about a would-be mass murderer motivated by incel ideology. The first was a Toronto teenager charged with terrorism after he attacked sex workers with a machete at a massage parlor; one of his victims died.

As I do every time an incel murderer (or, in this case, would-be murderer) appears in the news, I made a depressing trek over to the Incels.co forums to see what the regulars there were saying about this wannabe Elliot Rodger.

And it was mostly predicable stuff. Depressing, but predictable.

“All hail St. Hernandez,” wrote someone calling himself universallyabhorred, “though his count was low, his heart was in the right place.”

Others mocked the shooter for not killing anyone in his rampage.

The dude was such a failure that he even failed at going ER. Now he’s gonna rot for the next 25+ years in prison because he didnt even kill himself after the attack, ovER for him.

He is a retard who couldn’t even kill anyone at close range. Fuck him

The Incels.co regulars seem most bothered by the fact that the shooter didn’t finish off one woman who was caught on his video pleading for her life. (At this point in his rampage his gun may have already been jammed.)

But both the cheering squad and the complainers were overshadowed somewhat by those claiming that the gun rampage was somehow a false-flag setup designed to make incels look bad — and make it easier to round them up and put them in camps. One commenter wondered aloud if the shooting was “another crisis actors pys-ops.” Another declared that it “[c]ertainly looks like a hoax … .”

((they)) are not even putting effort in it anymore. Can almost see the ketchup packs.

Low effort, bad direction. It’s like a bollywood movie. This psyops got a C- for lack of effort.

Meanwhile, someone called chudur-budur suggested that Hernandez had been “framed,” as part of a nefarious plot to target “ugly men.”

[G]et ready to be sent to gulag buddy boyos (assuming you are genuinely ugly virgin and not a larper).

We used to make jokes about this, but looks like it’s getting real.

We were really joking about this shit for a couple of years. Now it’s likely to become a reality that we might get arrested for just being ugly misogynists.

They were trying to frame ugly men for a long long time, through title 9, consent circus and shit. But it was not effective or quick enough to lock us up. Now they are coming up with these incel “””attacks””” to legalize any ugly men to be detained.

While some blamed the alleged plot against incels on the Jews (see above), others suggested, as one commenter put it, that incels themselves were “being persecuted like the jews in germany.”

So on one side we’ve got incels lionizing this creep as a “saint” On the other we’ve got incels angry at him for not being more bloodthirsty. And then smack dab in the middle we have the “false flaggers,” pretending that this shooting is some sort of elaborately staged psyop aimed at them.

No one needs to stage anything. These murders and attempted murders are the inevitable result of the poisonous incel ideology, which encourages young men to stoke their already extreme anger and bitterness that they can’t have the adoration of the very particular subset of women they desire — and then tells them there’s nothing to do about their predicament but to kill themselves, preferably after killing a lot of “normies” first.

The incels lusting for more blood aren’t really much different from those crying “hoax.” Indeed, one of those talking “false flag” is using a picture of the Aurora theater shooter as his avatar. These are aspiring villains who see themselves — and want others to see them — as victims.

I can only hope I don’t have to write another one of these posts any time soon. But tomorrow is the 6th anniversary of Elliot Rodger’s killing spree in Isla Vista, California — the incels are already celebrating — and I’m not hopeful.

We Hunted the Mammoth relies entirely on readers like you for its survival. If you appreciate our work, please send a few bucks our way! Thanks!﻿

The 10 vaccines in human trials

A quick recap, according to the World Health Organisation, as of May 24.

Source: Who’s leading the race? A guide to coronavirus vaccines in the pipeline – ABC News

“I think that is outrageous,” said Charlene Harrington, nursing professor emerita from the University of California San Francisco, who said the administration was aiding the nursing home industry by “helping them cover up the death rates.”

“Not only do the high death rates look bad for the nursing home industry,” she said, “but also for the administration.”

In the absence of any federal tracking effort of deaths and outbreaks in nursing homes, numerous media outlets, including NBC News, have tracked the deaths using data provided by individual states. The most recent computation by NBC News found that as of May 11 at least 27,000 older Americans who were residents of long-term care facilities had died.

it’s amazing what six words can do.

It’s pretty simple, he broke the government’s lock down policy while tens of thousands in same situation complied. It’s clear that he thought he was exempt from the policy or above it – he is/was not! 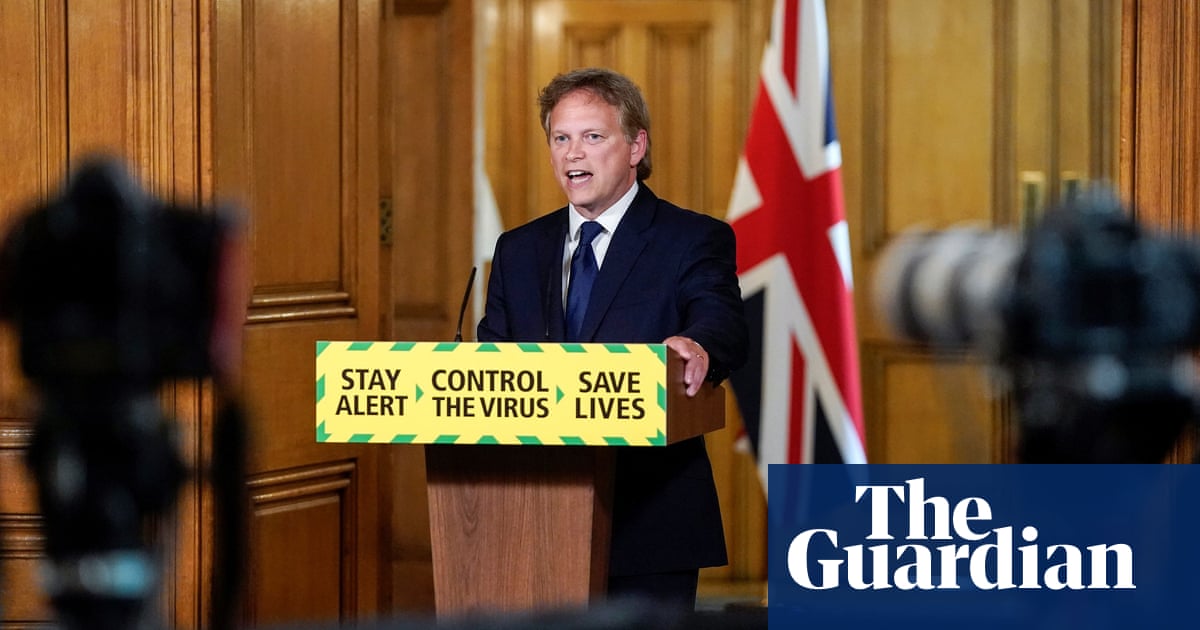 ‘In moments of crisis, we seek to have our family around us,’ says transport secretary

The transport secretary, Grant Shapps, has defended the behaviour of Downing Street aide Dominic Cummings, who drove from London to Durham during the lockdown, saying: “In moments of crisis, we seek to have our family around us.”

Cummings travelled to his parents’ property at a time when he believed he may have been infected with Covid-19.

Source: In Your Sunglasses #photography #haiku – penned in moon dust

Health officials have repeatedly warned that could mean the actual death toll is likely to be higher than the official count, as opposed to lower.

Earlier this week, a new study published by Columbia University found that up to 54,000 lives could have been saved had the U.S. implemented social distancing measures and locked down metropolitan areas from the beginning of March

But last week, President Trump said he accepted the official toll and that he expected at least 95,000 people to die from coronavirus in the U.S, but that the figure could reach 100,000.