Yo! Denier and Dumb Defender – he admitted he lied and pled guilty! 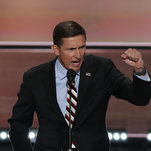 A distrust of prosecutorial power should not be abandoned.

William Frey tracks how high-prevalence counties have expanded on a weekly basis since the end of March, focusing on key geographic and demographic attributes as well as their 2016 voting patterns.

So Trump says open up the churches and businesses to keep US Number 1 in Covid-19 deaths! The polls paint a bleak picture for Trump, who has counted on broadening his religious support by at least a few percentage points to compensate for weakened appeal with women and suburban populations. One GOP official said the dip in the president’s evangelical support also appeared in internal party polling, but disputed the notion that it had caused panic. Another person close to the campaign described an April survey by the Public Religion Research Institute, which showed a double-digit decline in Trump’s favorability among white evangelicals (-11), white Catholics (-12) and white mainline protestants (-18) from the previous month, as “pretty concerning.”

To safeguard his relationship with religious conservatives, Trump on Friday demanded that America‘s governors permit houses of worship to immediately reopen, and threatened to “override“ state leaders who decline to obey his directive. The announcement — which came days after the Centers for Disease Control and Prevention omitted religious institutions in new guidance about industry reopenings — featured clear appeals to white evangelicals, many of whom have long supported Trump’s socially conservative agenda.

On the one hand, the vast majority of this wavering faction will come home to Daddy Trump. On the other hand, the fact that he’s even worrying about them shows the shape he’s in. And it’s instructive that blue state governors care more about the well-being of these supporters than Trump himself does.

…and, yes, I think a key target audience for this is hack wingnut judges:

The most frightening thing about Trump’s threat to order churches reopened isn’t that he has the power to do that — he doesn’t.

It’s that Republican judges will be emboldened to order churches reopened now that the president is calling for it.https://t.co/iQszk3cVfh

U.S. blueberries and California Hass avocados can now be exported to China. This new market access will provide California avocado growers and blueberry growers from around the United States with new opportunities to market their products to Chinese consumers in the coming years. In 2019, China imported a record volume of fresh fruits and vegetables exceeding $8.6 billion. U.S. barley for processing, along with the forage products Timothy hay, alfalfa hay pellets and cubes, and almond meal pellets and cubes can now be exported to China. In 2019, China imported $1.5 billion of barley used as feed and for malt beverage production, and a record $500 million of forage products. In recent weeks, China updated its lists of U.S. facilities eligible to export beef, pork, poultry, seafood, dairy, and infant formula products to China. China’s lists now include 499 beef, 457 pork, 470 poultry, 397 seafood, and 253 dairy and 9 infant formula facilities. As a result of these actions, more U.S. facilities are eligible to export U.S. food and agricultural products to China than ever before. USDA’s Food Safety and Inspection Service continues to update its export library, which provides additional