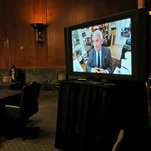 Despite progress on a vaccine, there is no guarantee it will be effective, experts said, and testing and contact tracing are still short of the levels needed.

It’s human nature, he said, to want to blame someone for a natural but catastrophic event like the pandemic. “Something bad happens, and someone has to be responsible for it,” he said.

Even so, Perlman decried the use of unproven origin theories to push agendas. “I think it’s been used way too much as a political issue,” he said. “This politicization of this is very unfortunate.”

But Andersen said he thinks theories do deserve exploration, even if to ultimately refute them. “It’s important that we don’t dismiss them out of hand,” he said. “We need to look at the data and say ‘what does the data tell us?’ And the data in this case are very strong.”

As part of its COVID-19 pandemic response, Congress in March 2020 approved the CARES Act, which provides one-time payments of $1,200 to individuals earning less than $75,000 who filed taxes for 2018 or 2019 using a Social Security Number (SSN). The vast majority of unauthorized immigrants, except for those with work authorization—such as Deferred Action for Childhood Arrivals (DACA) and Temporary Protected Status (TPS) recipients—are excluded, including those who file taxes using an IRS-issued Individual Tax Identification Number (ITIN).

Who could have done something to significantly reduce the number of needless deaths, to date? President Trump could have staid home in January and February and done his job to lead our defense. He did not. 80,000 plus souls on Trump’s plate!

Mitt Romney, the only Republican senator to vote for Donald Trump’s impeachment, is warning that the president and his team are framing test data in a misleading way to score political points. “I understand the politicians are going to frame data in a way that’s most positive politically. Of course, I don’t expect that from admirals,” the Utah Republican said during a hearing
— Read on www.independent.co.uk/news/world/americas/us-politics/donald-trump-latest-coronavirus-testing-mitt-romney-data-a9511026.html

Senate Majority Leader Mitch McConnell falsely accused the Obama administration of failing to leave the Trump administration “any kind of game plan” for something like the coronavirus pandemic.
— Read on www.cnn.com/2020/05/12/politics/fact-check-mcconnell-obama-trump-game-plan/index.html

All the hateful and dangerous ideas pushed are being pushed people who hope/expect to profit from selling false ideas and expect that no one, including themselves or anyone they love, will have pay any consequences by dying from their advice. 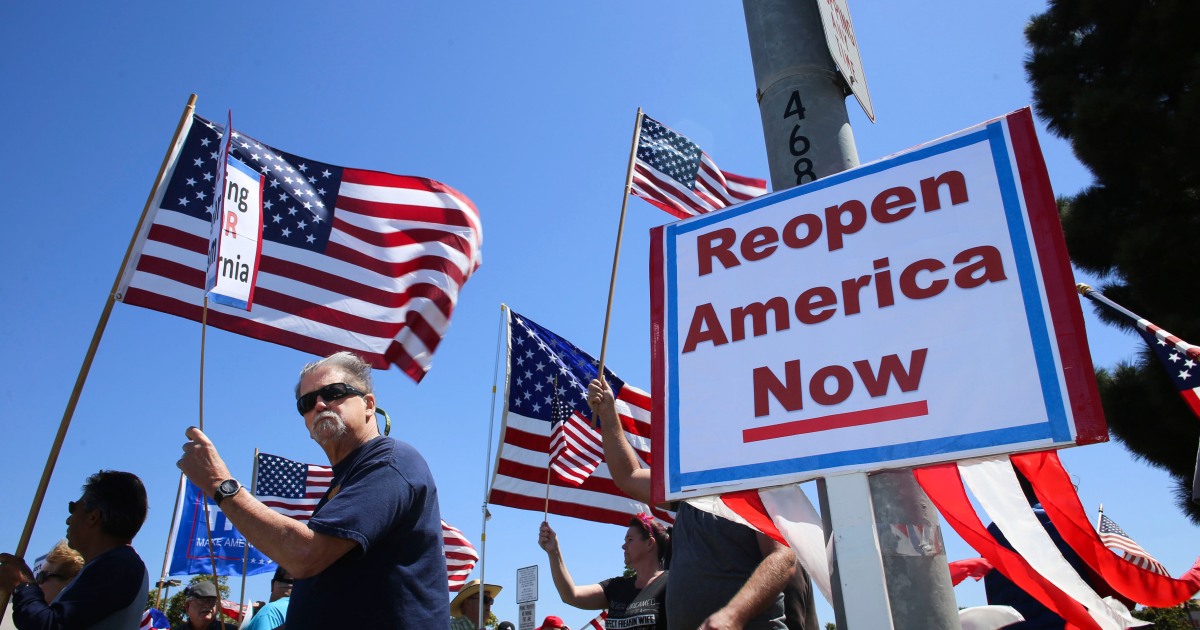 On April 26, two California physicians posted a video on YouTube about what they said was a potentially deadly side effect of social distancing: Our immune systems will get weaker because of lack of exposure to germs. They weren’t the only ones to make this argument. In a May 4 video, a controversial and outspoken Dr. Shiva Ayyadurai—an engineer who claims to have invented email—also embraces this idea. In a May 3 YouTube video, he announced, “Viruses do not harm or kill us.” Instead, he argues, “Your body is an amazing being—it knows how to take care of itself, and that’s how we get immune health. But these politicians, the CDC and the NIH—they’re not talking about any of this. Shame on them, it’s criminal.” An article from the Minnesota-based conservative think tank the Charlemagne Institute titled “COVID-19 Lockdowns May Destroy Our Immune Systems” is currently making the rounds, too.

“In order for our immune systems to be harmed by social distancing, we would have to live in sterile settings for a long time in which no bacteria or germs could affect us.”

It’s not hard to see why this content took off. The idea—or the basic contours of it, at least—has some elements of truth. Immunologists have shown that, in general, we strengthen our immune systems by exposing them to pathogens. In the last few decades, researchers have amassed evidence to suggest that some chronic conditions that are common in the developed world but rare in poorer countries—including asthma, allergies, and autoimmune illnesses like Crohn’s disease—could be the result of an environment that doesn’t have enough germs, causing the immune system to go haywire.

But the coronavirus is not a chronic immune condition; it’s a novel virus that attacks the body’s systems in ways not yet completely understood. Experts roundly reject the idea that social distancing will dangerously weaken the immune system. “A broad-based immunity weakening because of social distancing? Definitely not,” said Saad Omer, a Yale University epidemiologist and infectious disease specialist. Jennifer Reich, a sociologist who studies the spread of misinformation about health, agreed. “In order for our immune systems to be harmed by social distancing, we would have to live in sterile settings for a long time in which no bacteria or germs could affect us,” she wrote to me in an email.

But the experts I talked to weren’t at all surprised to see these discredited ideas making the rounds; they’ve seen them before in the anti-vaccination and extreme holistic medicine communities. This is the coronavirus edition of their pervasive belief in “natural immunity.” Rupali Limaye, a Johns Hopkins epidemiologist who has studied the movement against mandatory vaccines, told me, “We have heard from those that are concerned about vaccines the argument that they prefer to allow their immune system to be naturally exposed to a specific pathogen to gain immunity,” she wrote to me in an email. “It’s a spinoff of previous theories we’ve seen,” concurred Omer, who has written extensively about anti-vaccination groups. “This is all the usual stuff.”

Indeed, anti-vaccination groups on Facebook have referenced the idea constantly in recent posts. One widely shared meme lists, “Things that suppress our immune systems: Masks, gloves, no sun, fear, vaccines, washing hands with synthetic soaps.” In response to an article about the decline in childhood vaccination rates as a result of coronavirus, one member of the group Michigan for Vaccine Choice commented, “God, I would love for my kids to catch chicken pox, my body could use a little exposure to keep the shingles away lol plus you know them developing actual immunity would be nice.” In recent weeks, in response to calls for social distancing, several of the groups posted a 2016 New York Post article titled, “We Need to Stop Sanitizing Everything and Let Bacteria Back Into Our Lives.”

Meanwhile, alternative medicine groups promote the idea that eating the right foods or taking certain vitamins and supplements will strengthen the immune system so that it can successfully fight off coronavirus. “Like any virus, coronavirus is no match for someone with a strong immune system,” writes Sally Fallon Morell on a blog affiliated with the holistic nutrition group the Weston A. Price Foundation. Coconut oil, bone broth, and raw milk are among the foods she recommends to bolster the immune system against coronavirus. Just to be clear: This idea is patently false; humanity has never seen the virus before, therefore our immune systems have no natural defenses against it.

“This is not a debate society—there are actual consequences here. People are dying in hospitals alone.”

Given the holistic community and anti-vaccination groups’ fixations on “natural immunity,” it’s not surprising that the belief that we can end the pandemic through “herd immunity”—deliberately exposing everyone to the virus until we develop enough immunity that it dies out on its own—has gained traction. “The sooner well, able-bodied people get back to work, the sooner natural immunity will occur and we will have a fighting chance against the virus,” reads one post on Indiana Coalition for Vaccine Choice. An April 22 post on VaxChoiceNH says, “We know from decades of medical science that infection itself allows people to generate an immune response—antibodies—so that the infection is controlled throughout the population by ‘herd immunity.’”

Infectious disease experts all agree that the “herd immunity” approach would be catastrophic—millions of Americans would die in the process. It would be one thing if it were just fringe groups promoting this dangerous idea. But there are signs that this dangerous and flawed line of thinking is making its way into the mainstream. Over the past few months, Omer has watched in horror as the musings from armchair epidemiologists have gone viral on social media. He pointed to several influential op-eds—some of them by physicians in fields having nothing to do with infectious disease or epidemiology—promoting the herd immunity approach. In a sprawling March 20 New York Times op-ed, David Katz, a Yale preventive medicine specialist who focuses on diet, wrote that this approach could allow us to “return to life as usual and perhaps prevent vast segments of the economy from collapsing. Healthy children could return to school and healthy adults go back to their jobs.” When Omer read the piece, he was appalled. “These people are putting forth these theories without checking with people whose job this is, who specialize in it,” he told me. “This is not a debate society—there are actual consequences here. People are dying in hospitals alone.”

Omer isn’t the only expert concerned that misguided ideas about the immune system will flow from the fringe into the popular imagination. Devin Burghart, vice president of the anti-white-nationalism think tank the Institute for Research and Education on Human Rights, has been studying the nascent co-mingling between the anti-vaccination community and groups that stage coronavirus shutdown protests. He has noticed that the protest groups have begun to repeat the “natural immunity” talking points, and that both groups have embraced the herd immunity approach. “These people are really gaining a lot of traction, and that is worrisome,” he says. “We worry about these ideas making it into the mainstream.”

Omer cautions that if these ideas take hold, they could persist even after the coronavirus pandemic dies down, noting, “Those of us in this field will be cleaning up these messes for years to come.”