For nearly 15 years, the Intertribal Buffalo Council has been working tirelessly to secure a permanent federal obligation to support Tribes in restoring buffalo on Tribal lands. There have been recent milestones in the advancement of this process. 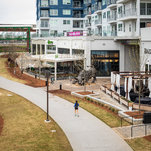 “Shutting down was hard, but opening up is going to be harder,” one C.E.O. said of balancing public health and a damaged economy. 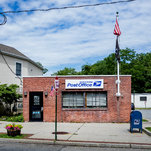 The Postal Service should be allowed to deliver low-cost financial services to poor and rural communities. And vote-by-mail should be universal.

Sad to see so many willing to risk themselves and their community. 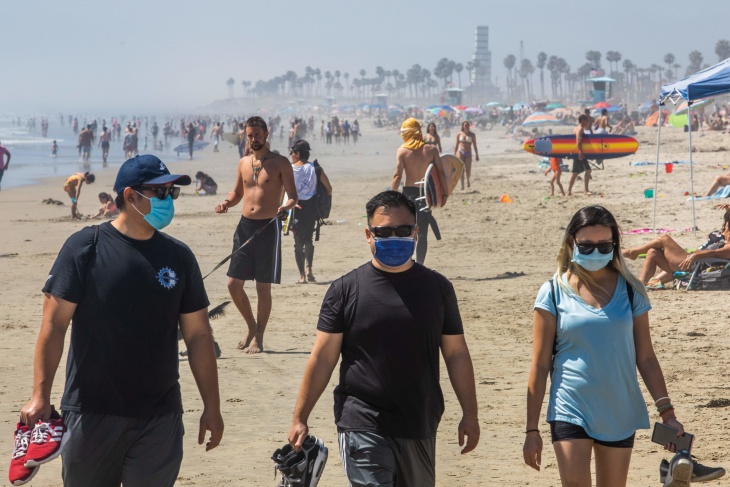 People walk on the beach, some wearing masks. (Apu Gomes/AFP via Getty Images)

Our news is free on LAist. To make sure you get our coverage: Sign up for our daily coronavirus newsletter. To support our non-profit public service journalism: Donate Now.

In our morning briefing, Gina Pollack had some plain talk about what we witnessed Saturday:

It’s topping 90-degrees. Most of us are on day 40-50 of quarantine (I counted 43, personally) and driveable access to beaches and wildflowers is probably one of the reasons a lot of us chose to live here in the first place.

But, look: Public health experts, doctors, mayors, governors — all say the best way to beat this virus is to avoid contact with other people. And the best way to do that is to stay home.

Neighborhood walks? Sure. Runs? That’s ok, too. But please, stop posting your poppy selfies on Instagram. At the very least, have a little discretion. When you tag your location, we can see you. We know you were there today for a picnic at 1 p.m. sitting all over those innocent flowers. And beach goers, we see you too.

See what you think. Here’s what Huntington Beach in Orange County looked like on Saturday: 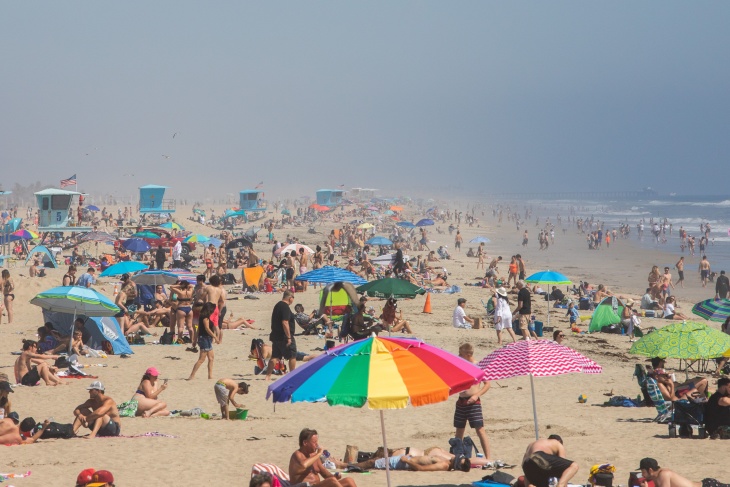 Lifeguards in Huntington Beach expected tens of thousands of people to flock the beach this weekend due to the heat wave. Lifeguards and law enforcement are patrolling the beach to make sure people are keeping their distance. (Apu Gomes / AFP via Getty Images) 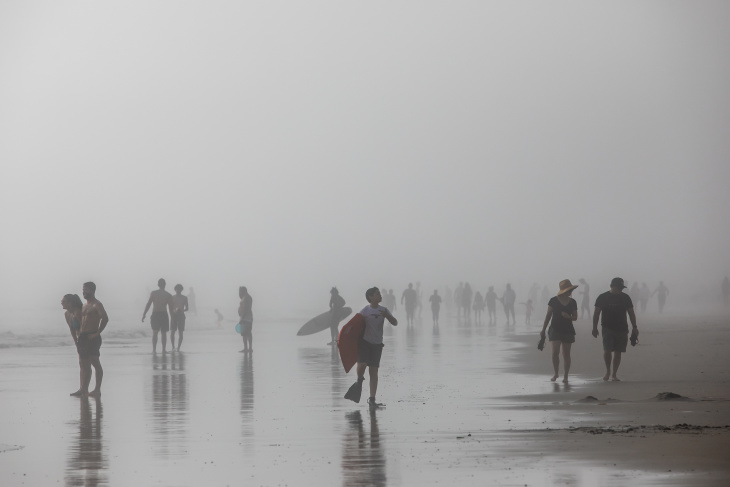 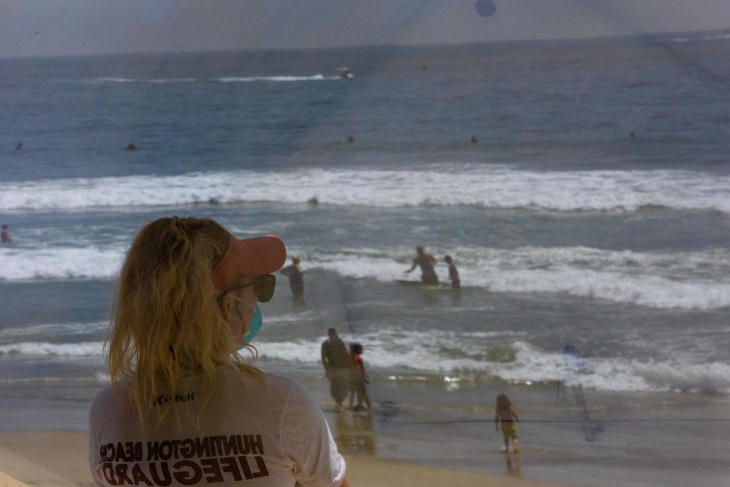 The reflexion of lifeguard wearing a face mask surveying the beach is seen from her post. (Apu Gomes/AFP via Getty Images) 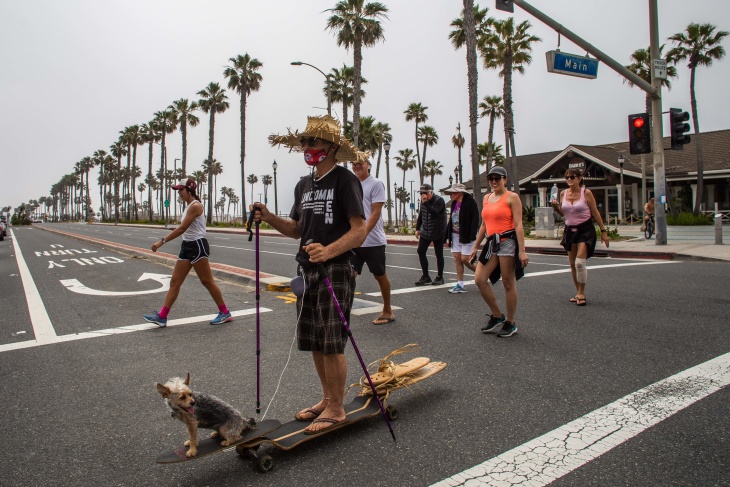 Mike Bennett wears a Patriot face mask on his mouth as a preventive measure against the spread of COVID-19 while skateboarding Saturday. (Apu Gomes/AFP via Getty Images) 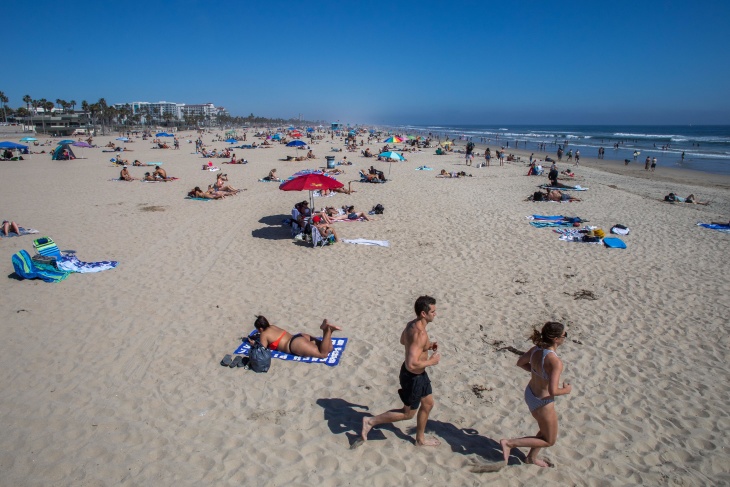 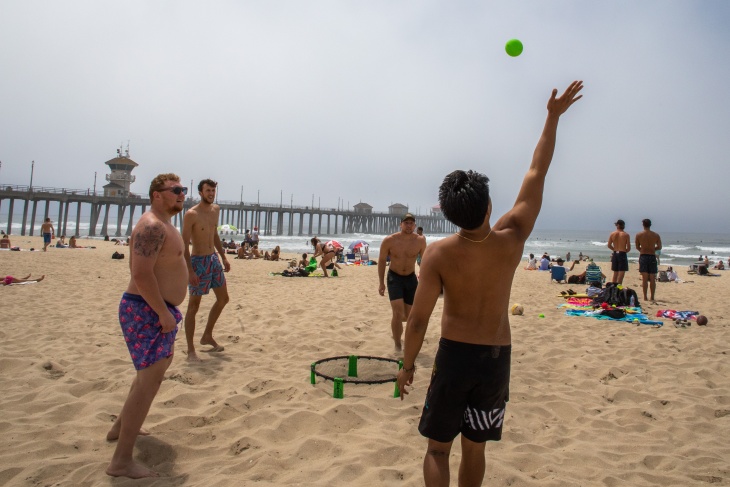 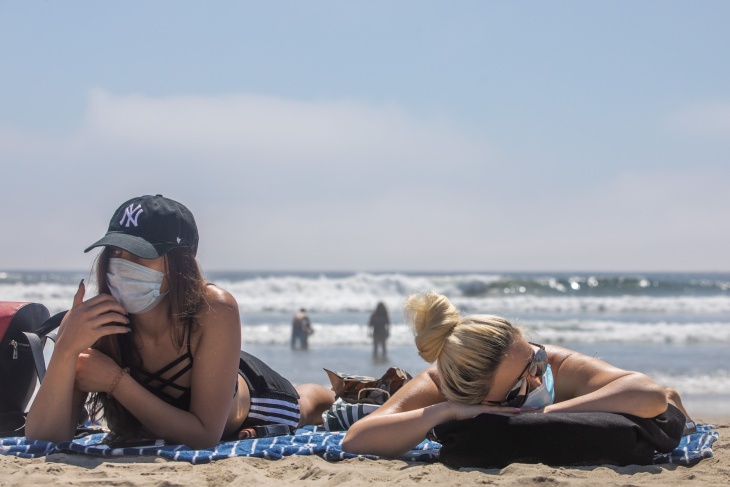 Orange County officials — who have called for non-local residents to stay away from the beaches there — have warned that if beaches become too crowded to ensure public health, they will close them again.

In case you were wondering what Sunday looked like, here’s a shot of a path near the beach. 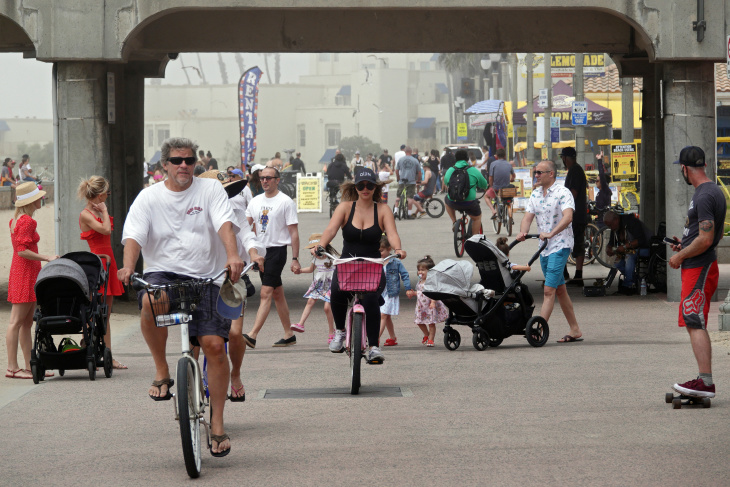 People ride bikes and walk on a path along the beach on April 26. (Michael Heiman/Getty Images)

4 p.m.: This article was updated with photo from Sunday.

This article was originally published at 7 a.m.

An angry nursing home operator says she will keep the doors of her facility firmly closed to visitors, claiming the aged-care sector has been “demonised”.

American officials said the operatives had adopted some of the techniques mastered by Russia-backed trolls, such as creating fake social media accounts to push messages to sympathetic Americans, who in turn unwittingly help spread them. …” Our president seems to be fanning the flames on both sides of the debate of locking down the country longer vs. opening it up sooner. Perhaps China, like Russia, wants to get Trump re-elected, but, regardless, wants to sow as much division as possible.

Staunton,
August 3 – In the wake of the Helsinki summit, Moscow’s state information service
Russia Today baldly declared that “Russia has defeated the US in the
information war” (ria.ru/analytics/20180719/1524912539.html),
arguing that this had happened because Russia with its centralized approach was
a true empire while the US was not.

But that claim and even more that
argument as intended, Vadim Shtepa says, conceals more than it reveals and
distracts attention from the Kremlin’s development of what he calls “information
spetsnaz” techniques over the last 15 years, techniques that earlier articles
were quite open about (kaitsen.ee/news/rossijskij-vektor-kak-sozdavalis-i-dejstvuyut-inst).

In an article for the Tallinn Center
for Information on Security and Defense, an institution that is becoming ever
more important for the analysis of Russian behavior in this sector, the Estonia-based
Russian regionalist who edits the After
Empire portal points to some of the most important of these earlier
articles.

Many of these articles were ignored
when they appeared, both as a result of the nature of the very nature of the information
war Moscow has been conducting against the West and the West’s failure to
monitor what Russian sources were saying. As a result, the West was not
prepared for what Moscow was doing.  It
must not fail again.

Shtepa divides his essay into three
parts. In the first, which he calls “’Information Spetsnaz’ (the Panarin-Gerasimov
Doctrine),” he calls particular attention to two articles: One by Igor Panarin
of the Russian Diplomatic Academy in 2008, and the second by Valery Gerasimov, the
chief of the Russian General Staff in 2013.

Writing just after the Russian
invasion of Georgia, Panarin argues that Russia in one sense lost that war
because it had not put in place the kind of information system that could have
convinced the West that Moscow was entirely justified in doing what it did (vpk-news.ru/articles/3672).

Russia must revive the foreign
policy propaganda system it lost in the 1990s but in a new way, one that would not
seek to defend what Moscow was doing but rather to go over to the offensive and
“actively destroy ‘hostile’ societies” by means of what he called “’information
spetsnaz.’”

Such campaigns, he suggested, would
seek to undermine the information systems of opponents by creating multiple
realities so that people in those countries would become unsure of what was
actually the case. He pointed to the creation of Russia Today in 2006 as an
important means to that end.

If
Panarin’s essay was largely ignored a decade ago, Gerasimov’s five years later
attracted more attention (vpk-news.ru/articles/14632).  He developed many of the Diplomatic Academy
expert’s ideas to insist that Russia can only win if it stops trying to copy
other countries and instead develops its own approach to conflict.

That approach, the general said,
requires the use of information as the key tool in military operations to confuse
and disorder opponents rather than simply countering whatever they are saying,
again stressing, as Shtepa says, that Russia must take the offensive in this
area and never give it up, lest these techniques be played back against Moscow.

In the second section of his essay,
the Tallinn author focuses on an even earlier article, a 2003 study by Anna
Polyanskaya, Andrey Krivov and Ivan Lomko on how to create what they called “’a
web brigade’” to take advantage of the opportunities the Internet provides for
disordering other societies (vestnik.com/issues/2003/0430/win/polyanskaya_krivov_lomko.htm).

Their article anticipated the ways
in which Russian trolls interfered in elections in Western countries by using the
system of “astro-turfing” that Moscow had developed against its own domestic
opponents against other countries by creating a false image of the number of
supporters Moscow’s preferred positions have.

Inside Russia, that approach has
been deployed against opponents for more than a decade, Shtepa says; now, it is
being used internationally.  He points to
a 2011 story in The Guardian for details (theguardian.com/environment/georgemonbiot/2011/feb/23/need-to-protect-internet-from-astroturfing).

According to Shtepa, “Putin’s Russia
is a country of absolutely victorious astro-turfing, of the total creation of ‘an
artificial reality.’ There, a multitude of parties formally exist but it is
impossible to register a real opposition … In this illusion of universal unity
around the irreplaceable tsar, those who do not share his views are not
citizens with their own positions but enemies against whom information war must
be carried out.”

And in the third section of his
article, Shtepa points out that there has long existed a completely public site
providing Russians who want to engage in such information war with guidance on
what higher educational institutions they should apply to. That site is at postupi.online/professiya/specialist-po-informacionnoj-borbe/vuzi/.

Among them are the Diplomatic
Academy, the Russian Academy of State Service, Moscow State University, the
Higher School of Economics and the Moscow State Institute for International
Relations, he notes. But there are others as well.

According to a 2015 article (riafan.ru/489853-kak-rossiya-srazhaetsya-v-informacionnoj-vojne-ili-pochemu-u-gosdepa-kishka-tonka),
there exists “a closed information-analystic bulletin, ‘The Russian Vector,’”
which is sent around to senior officials and those who “make decisions.”

This bulletin is
prepared by the Russian Institute for Strategic Research (RISI), a group
directly subordinate to Putin that Reuters in 2017 identified as the organizer
of Russian interference in the American elections (reuters.com/article/us-usa-russia-election-exclusive-idUSKBN17L2N3).

The Group of 20 (G20) planned to hold a second virtual leaders’ summit on Friday to discuss the global response to the coronavirus outbreak.
— Read on www.scmp.com/economy/china-economy/article/3081505/coronavirus-who-row-between-us-china-sees-g20-leaders-summit

Let’s hope people take a deep breath and work together for all of us.

TOKYO (BLOOMBERG) – As Japan nears three weeks under a state of emergency to tackle the spread of the coronavirus, reports indicate that the government is weighing the need to extend the emergency beyond early May.. Read more at straitstimes.com.
— Read on www.straitstimes.com/asia/east-asia/japan-government-weighing-need-to-extend-state-of-emergency-reports-say