More than 100 hospitals in the U.S. have laid off workers since the pandemic began. Tens of thousands of medical workers are furloughed at the exact moment hospitals should be staffing up and training everyone in intensive care.

On Twitter, Governor John Bel Edwards said that, despite the spike in deaths, the state is seeing some signs virus activity is slowing. “We are seeing positive signs in respect to lower hospitalizations and the number of people on ventilators, but all of these gains can be easily lost if we ignore the stay at home order & social distancing guidelines,

Today New York Governor Andrew Cuomo announced on Twitter his state was sending 100 ventilators to Michigan and 50 ventilators to Maryland—a promise of resource sharing he has touted in the past several weeks as he urged governors to work together to contain the virus. Cuomo also announced a new executive order that all New York residents must wear face coverings in public when maintaining a separation of 6 feet from other people is not possible.

Michigan announced today plans to increase COVID-19 testing among those with mild symptoms. In the past weeks, only the hospitalized, healthcare workers, or people in congregate living situations were tested. According to Michigan Public Radio, the move to increase testing will help state officials understand how widely spread the virus is and guide reopening decisions.

The Federal Emergency Management Agency (FEMA) and the Centers for Disease Control and Prevention (CDC): any community, city, or region that wants to reopen must first meet four criteria: low incidence of infection, a well-functioning testing and surveillance system, a public health system capable of reacting to a surge in cases, and a hospital system with enough beds and staffing to rapidly respond to a surge in cases.

Reopening is not recommended before May 1, and in some areas may be pushed into June, the document said. Pulling funding from the World Health Organization (WHO) is a dangerous and nonsensical move when the world is facing the health crisis brought by the COVID-19 disease pandemic, Melinda Gates said on Wednesday.

I fear he wants to seize power and that the Senate will not act. 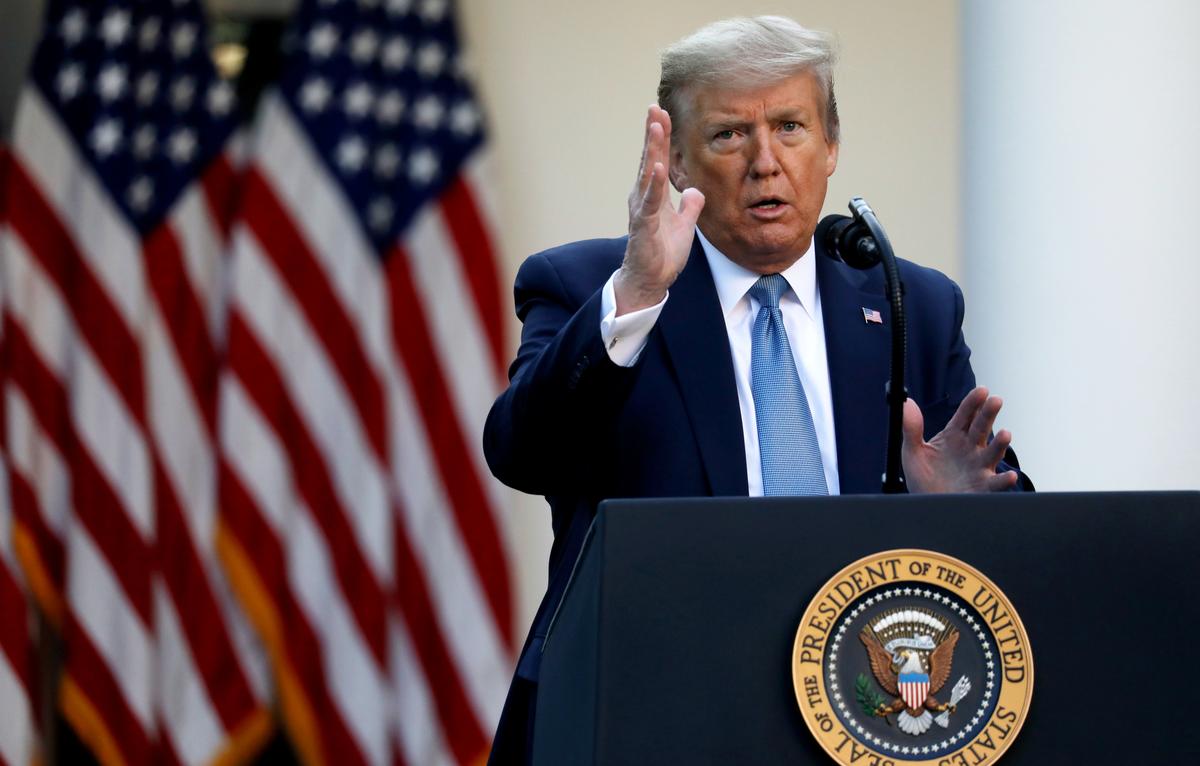 U.S. President Donald Trump threatened on Wednesday to either force the U.S. Congress to formally adjourn, or return to the Capitol despite the coronavirus pandemic, saying he was frustrated lawmakers were not in Washington to confirm his nominees for federal judgeships and other government positions.

From 2% to 5% of infected healthcare workers required intensive care.
— Read on www.cidrap.umn.edu/news-perspective/2020/04/covid-19-has-sickened-more-9200-us-health-workers

Refugees from around the world worked at the Smithfield pork factory in Sioux Falls. Now they face mounting illness and the sudden loss of their jobs.
— Read on www.nytimes.com/2020/04/15/us/coronavirus-south-dakota-meat-plant-refugees.html

U.S. President Donald Trump said on Wednesday that data suggested the county had passed the peak on new infections with coronavirus, and said he would announce “new guidelines” for reopening the economy at a news conference on Thursday.
— Read on www.reuters.com/article/us-health-coronavirus-usa-reopen/trump-will-announce-guidelines-on-reopening-the-economy-thursday-idUSKCN21X3D3

Jeff Bezos, the chief executive of Amazon.com Inc, and Mark Zuckerberg, Facebook Inc’s CEO, on Wednesday participated in White House conference calls about how to reopen the U.S. economy in light of the coronavirus pandemic, company representatives said.
— Read on www.reuters.com/article/us-health-coronavirus-white-house-ceos/bezos-and-zuckerberg-join-white-house-phone-calls-on-reopening-u-s-economy-idUSKCN21X2WM

They not experts on public health😡!

The United States could redirect to other aid groups some $400 million it would have paid the World Health Organization this year, senior Trump administration officials said on Wednesday after President Donald Trump halted funding for the U.N. agency over its handling of the coronavirus pandemic.
— Read on www.reuters.com/article/us-health-coronavirus-usa-who/u-s-funds-that-would-have-gone-to-who-could-be-given-to-aid-groups-trump-officials-idUSKCN21X2Z3

Insanity – WHO is needed for global effort that protects us !