As we are living this massive israelization to Jerusalem as never before, we are also witnessing a colossal thump on our national identity . We are torn into a Fateh and Hamas ,and the occupation is surrounding us expanding its colonies, israelizing our homes and roads, enclaving us with additional walls and barriers . The…

Source: And a reflection on the Bitterness of Reality – nadiaharhash

U.S. Citizenship and Immigration Services has published revised forms consistent with the final rule on the public charge ground of inadmissibility, which the U.S. Department of Homeland Security, inc 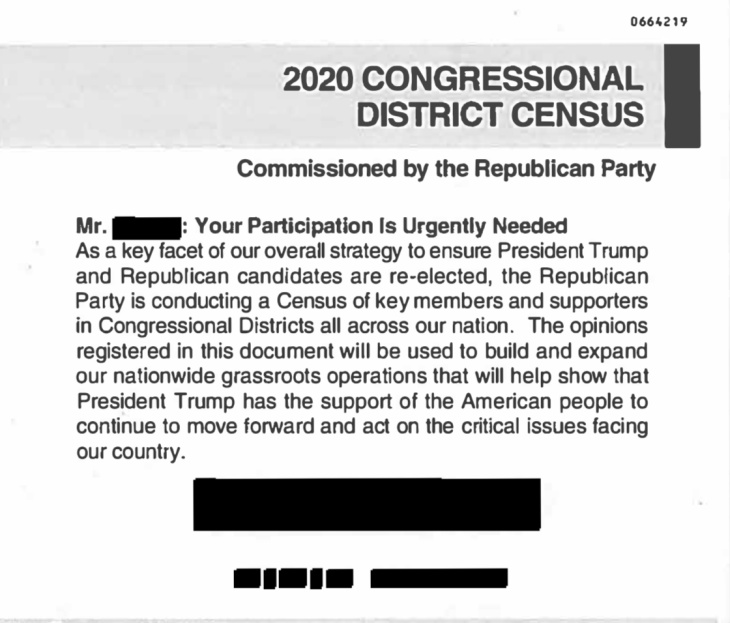 Southern Californians are receiving mailers from the RNC that look a lot like 2020 Census forms. (Screenshot of Republican National Committee mailer)

Throughout Southern California, residents are getting mailers from the Republican National Committee that look an awful lot like official Census 2020 forms, setting off alarm bells for Congressional Democrats.

The RNC mailers are labeled as “2020 Congressional District Census” and include a questionnaire and urgent instructions: “When you are finished answering your Census Document, please return it within the next 7 days to ensure accurate tabulation and dependable results.”

But they are not census documents — in fact, households won’t begin receiving official U.S. Census Bureau mail until March.

Both U.S. Reps. Gil Cisneros, D-Yorba Linda, and Katie Porter, D-Irvine have warned constituents to read the fine print: At the end of the questionnaire, it says the mailer was paid for by the RNC, and provides information on how to make a contribution.

Many of the questions on the RNC mailers carry an obvious political slant: for example, whether the national media “has a strong bias against all things Donald Trump and Republican” and whether House Speaker Nancy Pelosi and the “Democrat-controlled House are holding President Trump’s agenda hostage.”

Still, there have been reports of people mistaking the RNC mailers for actual census forms because of their strong resemblance.

“It’s not appropriate for any political party to try to hijack the brand of the United States Census for their own political gain,” Porter said.

The problem came to Porter’s attention last year when people in California and beyond started posting stories on social media of how older loved ones were being duped into thinking the RNC mailers were actual census forms. 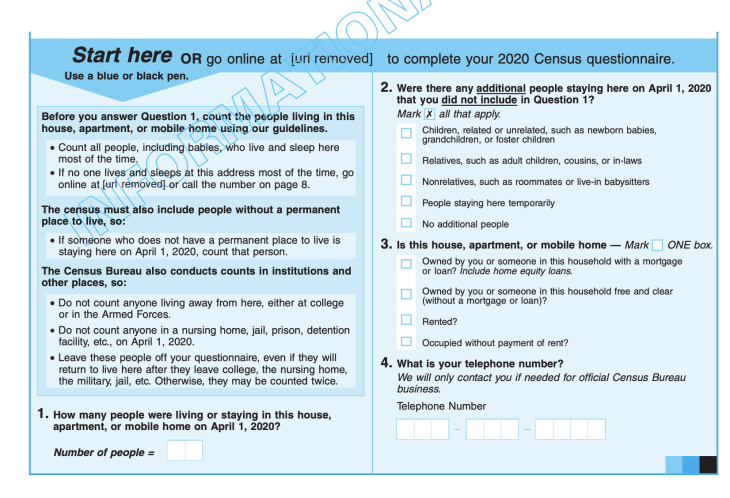 In recent months, Porter has complained to the Census Bureau and asked the U.S Postal Service to look into possible mail fraud.

Porter said she’s also working with Democratic Rep. Carolyn Maloney of New York, the chair of the House Oversight Committee who sponsored 2010 legislation called Prevent Deceptive Census Look Alike Mailings Act. The law, which Porter said may need to be updated, was a response to census-style mailings from the RNC a decade ago.

LAist/KPCC reached out to the Republican National Committee and Trump’s re-election campaign. A spokeswoman for the campaign responded in an email Thursday that the mailers are clearly marked as coming from the RNC.

Cisneros, who recently got a complaint about the RNC mailer from a constituent in Duarte, said that the committee is acting with a “lack of integrity.”

“It might not be illegal but it doesn’t mean that it’s the right thing to do,” Cisneros said.

Cisneros said his district, the 39th, is largely Latino and Asian American — two groups with historically lower rates of census participation. He fears the confusing RNC mailers will only worsen the situation.

World class liar and his base swallows all of it U.S. President Donald Trump on Friday said on Twitter that the idea that Russia wants him to win re-election was “another misinformation campaign” launched by Democrats.

Stupid “against the grain” article second guessing another country’s choice. 2.3% fatality rate of your total population or the world’s population. With millions of people living in isolation due to entire towns being sealed-off amidst Coronavirus outbreak, business leaders and economists in China are increasingly saying, Enough. While China must stop the outbreak, they argue, some of its methods are hurting the lives and livelihoods of millions of people while contributing little to the containment effort.

Most Latino registered voters (71%) say they want government to be more involved in solving the nation’s problems.

The social media conversation over the climate crisis is being reshaped by an army of automated Twitter bots, with a new analysis finding that a quarter of all tweets about climate on an average day are produced by bots, the Guardian can reveal. The stunning levels of Twitter bot activity on topics related to global heating and the climate crisis is distorting the online discourse to include far more climate science denialism than it would otherwise.

Source: Inoreader – Revealed: quarter of all tweets about climate crisis produced by bots