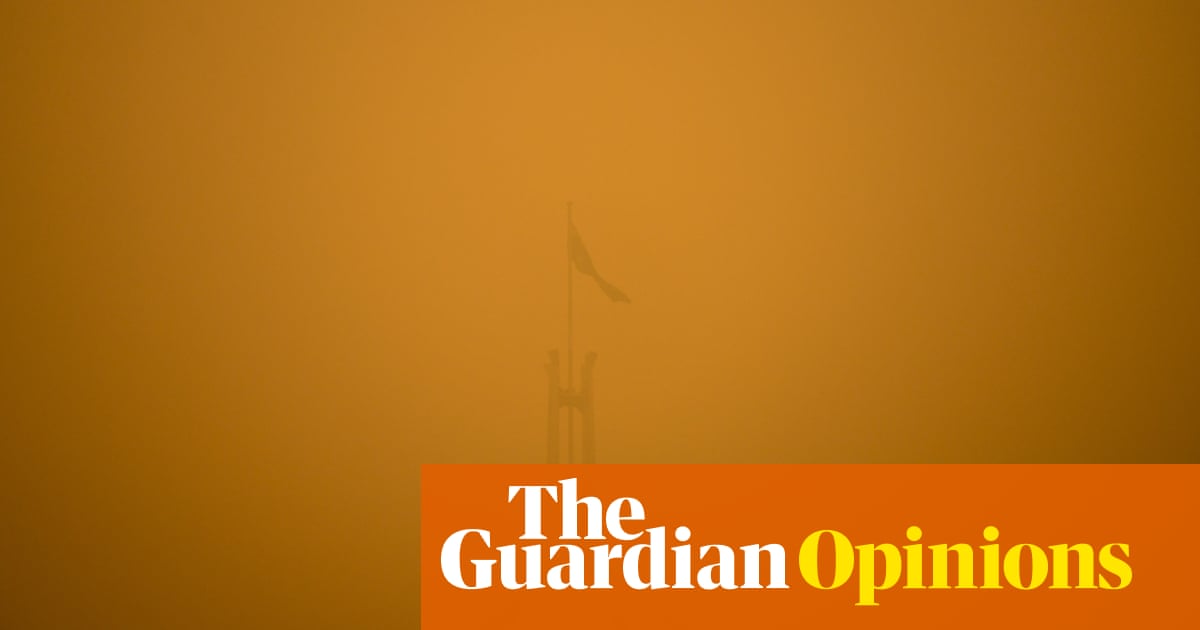 ​It’s hard to know what to write in the midst of a national apocalypse.​​

I’m like most Australians, feeling every shade of human emotion each day as we see this living tragedy unfold before us. Each morning comes with a dull thud as we wake to the awful realisation that the new day could still be worse than the last.

Sends his thanks to #LoserTrump for leaving Middle East and North Africa open to Russia and Turkey President Tayyip Erdogan said on Sunday that Turkish military units had started moving to Libya to support Fayez al-Serraj’s internationally-recognized Government of National Accord (GNA), based in Tripoli.

The cessation of American operations against the Islamic State is likely to allow what remains of the terrorist group to reconstitute itself in the ungoverned spaces it flourishes in, much as it did when Turkey invaded northern Syria in October.

Climate models dating back to the early 1970s accurately foretold how greenhouse gases would fuel a hotter future, such as the July heat wave that sent Parisians flocking to the Fountaine du Trocadéro.

Climate change doubters have a favorite target: climate models. They claim that computer simulations conducted decades ago didn’t accurately predict current warming, so the public should be wary of the predictive power of newer models. Now, the most sweeping evaluation of these older models—some half a century old—shows most of them were indeed accurate.

“How much warming we are having today is pretty much right on where models have predicted,” says the study’s lead author, Zeke Hausfather, a graduate student at the University of California, Berkeley.

Climate scientists first began to use computers to predict future global temperatures in the early 1970s. That’s when newfound computing power coincided with a growing realization that rising carbon dioxide levels could boost global temperatures. As the issue gained public attention, critics questioned the reliability of rudimentary model predictions. Even a 1989 news article in Science radiated skepticism, stating that “climatologists may have a gut feeling that the greenhouse effect is heating up the Earth, but they have not been close to proving it.”

Today, the models are much more sophisticated. Mainframe computers driven by paper punch cards have given way to supercomputers running trillions of calculations in 1 second. Modern models account for myriad interactions, including ice and snow, changes in forest coverage, and cloud formation—things that early modelers could only dream of doing. But Hausfather and his colleagues still wanted to see how accurate those bygone models really were.

The researchers compared annual average surface temperatures across the globe to the surface temperatures predicted in 17 forecasts. Those predictions were drawn from 14 separate computer models released between 1970 and 2001. In some cases, the studies and their computer codes were so old that the team had to extract data published in papers, using special software to gauge the exact numbers represented by points on a printed graph.

Most of the models accurately predicted recent global surface temperatures, which have risen approximately 0.9°C since 1970. For 10 forecasts, there was no statistically significant difference between their output and historic observations, the team reports today in Geophysical Research Letters.

Global temperatures have risen approximately 0.9°C since 1970, though some areas have warmed much more than others.

Seven older models missed the mark by as much as 0.1°C per decade. But the accuracy of five of those forecasts improved enough to match observations when the scientists adjusted a key input to the models: how much climate-changing pollution humans have emitted over the years. That includes greenhouse gases and aerosols, tiny particles that reflect sunlight. Pollution levels hinge on a host of unpredictable factors. Emissions might rise or fall because of regulations, technological advances, or economic booms and busts.

To take one example, Hausfather points to a famous 1988 model overseen by then–NASA scientist James Hansen. The model predicted that if climate pollution kept rising at an even pace, average global temperatures today would be approximately 0.3°C warmer than they actually are. That has helped make Hansen’s work a popular target for critics of climate science.

Hausfather found that most of this overshoot was caused not by a flaw in the model’s basic physics, however. Instead, it arose because pollution levels changed in ways Hansen didn’t predict. For example, the model overestimated the amount of methane—a potent greenhouse gas—that would go into the atmosphere in future years. It also didn’t foresee a precipitous drop in planet-warming refrigerants like some Freon compounds after international regulations from the Montreal Protocol became effective in 1989.

The new findings echo what many in the climate science world already know, says Piers Forster, an expert in climate modeling at the United Kingdom’s University of Leeds. Still, he says, “It’s nice to see it confirmed.”

Forster notes that even today’s computer programs have some uncertainties. But, “We know enough to trust our climate models” and their message that urgent action is needed, he says.

The new research is a useful exercise that “should provide some confidence that models can be used to help provide guidance regarding energy policies,” adds Hansen, now director of the Climate Science, Awareness and Solutions Program at Columbia University.

He communicated with Science from Madrid, where world leaders are gathering this week for the 25th annual United Nations climate conference. Delegates from around the world are negotiating how to implement emissions cuts agreed to at the 2016 meeting in Paris. Meanwhile, a U.N. report issued last month showed greenhouse gas emissions have continued to climb since then, and that many of the biggest polluting countries aren’t on track to meet their promises.

Fool on the Hill thinks lies will save him. Vice President Mike Pence claimed that Maj. Gen. Qassim Suleimani of Iran assisted “10 of the 12 terrorists who carried out the September 11 terrorist attacks.”

Mafia wannabe Don Donald Trump has warned that he is ready to bomb sites important to Iranian culture if Teheran retaliates against the assassination of a top Iranian general hat he ordered earlier this week. In an astounding threat, which some experts say will amount to a war crime if it is carried out, the US President raised the stakes in his confrontation with Iran to unprecedented levels.

DMK and its alliance parties took out a massive rally in Chennai on Monday against the Citizenship Amendment Act. Thousands of protesters participated in the rally which started at CMDA office in Egmore and ended at Rajarathinam Stadium.