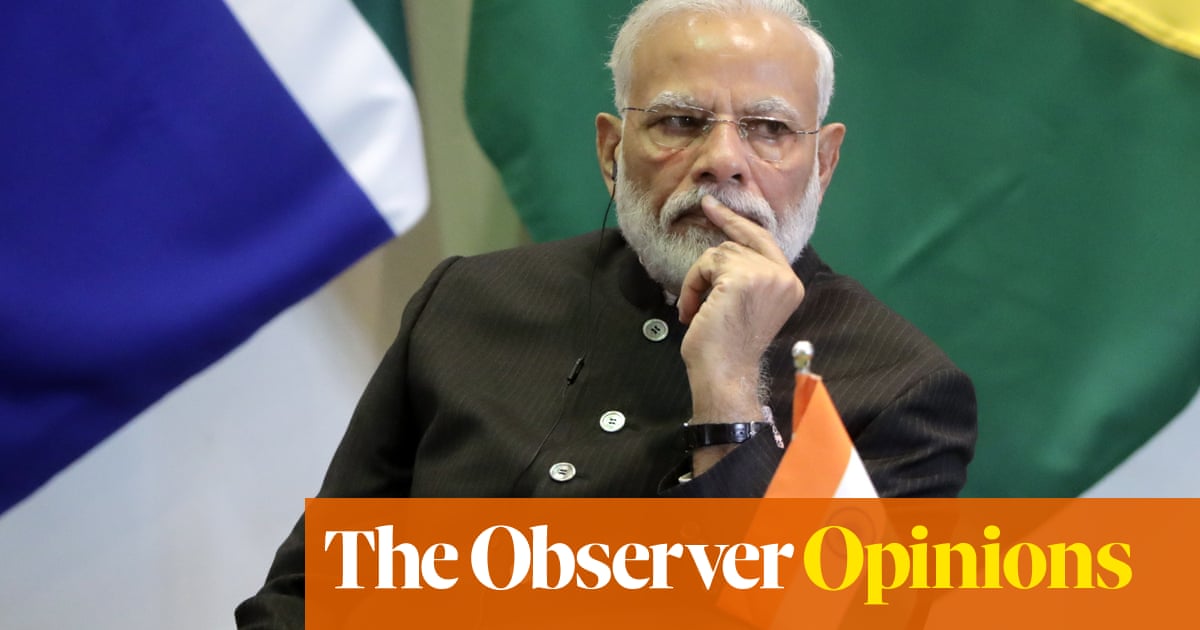 By employing drones and facial recognition against the opposition, Narendra Modi seems heedless of civil liberties and justice

The anger is extraordinary for its depth and ferocity. In protests that have spread across the world’s largest democracy, Indians of all stripes have taken to the streets. Two weeks ago, the government amended the citizenship law to speed up applications for refugees from surrounding countries who are Hindu, Christian, Parsi, Jain or Buddhist – but not Muslim. The law coincides with an attempt to create a new list of India’s citizens, a task whose precise mechanism has evolved in recent days. Regardless of the details, it will be a Kafkaesque exercise during which poor people with few official documents will have to prove their citizenship. If they happen to be Muslim, the citizenship law means the consequences they face will be different. Detention centres mushrooming across India reveal what those might be.

The pan-Indian nature of the outcry is striking. India has long been home to disobedience, but the scale and reach of the present discontent is rare. Though the protests have been painted as a conspiracy limited to Muslim and elite forces, elements that have come together to suppress the real India, there seems to be genuine and diverse opposition to the plainly exclusionary citizenship law. As the drama and horror have unfolded, both the protesters and the state have acted in familiar ways. We have seen student agitations, silent marches, legal orders, police brutality and recriminations. Yet there is something special about this episode, something new on each side.

When Biden argues that once Trump is defeated and out of the picture, Republicans will be reasonable again, and bipartisan governance will become possible, Biden is displaying a potentially catastrophic strategic misunderstanding of what the Republican Party has become. The electoral power of the Republican Party now rests solely on a foundation that has been radicalized and misled by nearly a half-century of “feeding red meat to the base”: stoking an ever more intense hatred of “the other,” beginning with Reagan’s imaginary welfare queens driving Cadillacs.

Cabinet Office apologises after details of more than 1,000 people posted online in error

More than 1,000 celebrities, government employees and politicians who received honours in the new year list have had their home and work addresses posted on a government website, the Guardian can reveal.

The accidental disclosure of a tranche of personal details of those being celebrated for their service to British society is likely to be considered a major security breach, particularly as senior police and Ministry of Defence staff were among those whose details were made public.