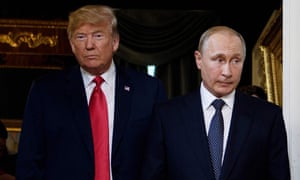 From Brexit to the Balkans to the plight of the Kurds, EU leaders have refused to defend multilateralism

The rise of nationalism and the historic threat to liberalism sweeping the global system poses big strategic questions for European democracies. Donald Trump and Vladimir Putin share an ideological belief in the language of race and nation combined with a winner-takes-all view of international diplomacy. By undermining the multilateral system the new authoritarians threaten a return to the assumptions of a previous era: a world of empires, not institutions.

This makes Europe a central crucible for what happens next. As the Yale historian Timothy Snyder argues, the EU is largely made up of states that were forced to give up their empires and so had no choice but to pursue multilateralism. Europe’s nationalists substitute the realities of this history with the national myth. They have become a major part of the EU’s own internal politics as the likes of Matteo Salvini, Viktor Orbán and Jarosław Kaczyński develop a fierce challenge to liberalism.