Oops U.S. Energy Secretary Rick Perry will step down by the end of the year, President Donald Trump said on Thursday, a day before a deadline set by congressional Democrats for Perry to turn over documents in the impeachment probe.

The baseless claims made by The Forward’s Batya Ungar-Sargon at Bard College last week feed the dysfunction of the American debate on Israel-Palestine, making it more difficult for Palestinians and their allies to advocate for their rights.

Batya Ungar-Sargon speaking at a conference on racism and anti-Semitism at Bard College (Screenshot October 11, 2019).

In a strange public controversy last week, Batya Ungar-Sargon, the Opinion Editor at The Forward, published a column claiming that she had been protested by members of Students for Justice in Palestine during one of her panels at a conference on racism and anti-Semitism at Bard College, ostensibly “for being a Jew.”

The article omitted the fact that many of the protestors were Jewish, and were largely objecting to the presence of keynote speaker Ruth Wisse, who has made notoriously racist comments about Arabs. They were also objecting to Ungar-Sargon’s attacks on U.S. Representative Ilhan Omar and her dismissal of the concerns of Jews of color about her editorial decisions at The Forward.

As +972 contributor Mairav Zonszein reported in Jewish Currents on Monday, many other participants at the conference – including the Jewish protestors, fellow Jewish speakers, and Jewish organizers of the event – have revealed that Ungar-Sargon’s op-ed and her departing speech at Bard were grossly misleading and detached from reality. Many of these participants issued their own responses refuting Ungar-Sargon’s account (examples are here, here, here, and here).

This episode is unfortunate yet unsurprising to many observers. In recent years, Ungar-Sargon earned respect in part for actively bringing a diversity of voices to The Forward regarding Israel-Palestine. These included Palestinian writers whose views were radically different from her own, offering them a platform to engage American Jewish audiences that they might otherwise not have interacted with.

Members and supporters of Fordham Students for Justice in Palestine rally on the university’s Manhattan campus against the Fordham administration’s refusal to register SJP as a student organization, January 23, 2017. (Joe Catron)

However, her theatrics at Bard were illustrative of a baseless and reckless diagnosis of anti-Semitism which — in addition to cheapening a serious accusation — has contributed to a dangerous climate for Palestinians and their allies, including Jews, to challenge individuals and ideas that condone their oppression.

In many ways, the current debacle echoes Ungar-Sargon’s role in the saga around Rep. Ilhan Omar, after Omar criticized AIPAC’s political and financial lobbying of Congress by quipping on Twitter that “It’s all about the Benjamins.” The post drew accusations from Ungar-Sargon of espousing “anti-Semitic tropes” — a narrative that quickly dominated the public discourse, tarnished Omar’s reputation, and has made her the target of relentless political attacks to this day.

Though certainly not the sole source of that crisis, it seems Ungar-Sargon has not questioned whether her interventions in those events were accurate, warranted, or productive. In fact, she doubled down on her position while The Forward fundraised from the uproar. Following this incident, many Jews of color who previously contributed to the site criticized Ungar-Sargon and demanded she apologize to Omar — calls that went unheeded. (Those same contributors also stated that they were misrepresented or disparaged by other editorial choices she made in the newspaper).

It is of course legitimate for Ungar-Sargon to have her opinions, and it cannot be emphasized enough that combating anti-Semitism is an urgent and vital task in the political left as well as the right. But her misleading analyses appear to be unduly impacting the American conversation around Israel-Palestine, contributing – intentionally or not – to an atmosphere in which the rights and reputations of many activists wanting to speak up about Israel (and Zionism) are increasingly under attack, from colleges to Congress.

It is not just that her positions are being used by the right to silence Palestinian voices. By presenting herself as an “influential voice among American Jewish progressives” (as she describes in her bio), she is arguably also persuading more ‘moderate’ U.S. audiences to buy into the conflation of Israel critics with anti-Semitic hate groups. This, too, feeds the dysfunction of the debate on Israel-Palestine – the very phenomenon she is supposedly challenging – thus making it more difficult for Palestinians to advocate for their rights.

The damage this has caused is not compensated by the claims Ungar-Sargon made about her work in her speech the day after the protest: that she has published more Palestinian op-eds than any other U.S. outlet; or that she has “spent her entire career embedded in the Palestinian community”; or that she has “convinced more Israelis to vote for the Joint Arab List than you will meet in your life.” (Ungar-Sargon was contacted to elaborate on these assertions for this article; no reply was received).

There are countless Jewish writers and analysts, women and men, who come from different or opposing political camps and who have valuable, credible, and grounded takes on these subjects (including here on +972). The dangerous episodes spurred by Ungar-Sargon undermine her claim to being one of them. Instead of advancing the public discourse, she has sadly done much to regress it.

Rabbi Moshe Yehudai is evacuated from the village of Burin during an olive harvest after being attacked by Israeli settlers from the nearby settlement of Yitzhar. (Rabbis for Human Rights)

Masked men from the settlement of Yitzhar wielding metal rods and stones attacked volunteers from Rabbis for Human Rights, a human rights organization based in Israel, while they were picking olives alongside Palestinian farmers in the West Bank village of Burin on Wednesday. According to a spokesperson for the organization, settlers set fire to the olive groves, causing a blaze that spread rapidly and burned for hours.

Israeli volunteers have for years aided Palestinians in the Nablus area with the olive harvest, largely to protect them from settler attacks, which are common. The attack that occurred on Wednesday afternoon was particularly violent: a group of masked men uprooted olive trees, set the grove ablaze, and beat several of the volunteers bloody.

Rabbi Moshe Yehudai, a member of Rabbis for Human Rights’ board, was taken to Meir Medical Center after suffering severe wounds. He recounted the incident while lying on a gurney in an ambulance, as medics bandaged his head. One of the masked youths had hit him on the head with an iron rod, while another instructed him to leave. “I told them to leave me alone, that I am 80 years old and cannot run,” he said.

Avi Dabush, the executive director of Rabbis for Human Rights, said the incident highlighted the lawlessness in the West Bank, stressing that the volunteers would not be deterred from helping the Palestinian farmers as they harvest their olives. “For the last 17 years we have helped with the harvest, and we will continue to stand up against violent bullies,” he said, adding that this was the only way toward a peaceful joint future between Jews and Arabs living on the land.

AFP reported that Israel sent fire extinguishing planes to extinguish the fire set by the settlers. Researchers for Israeli human rights group Yesh Din estimate that the blaze consumed hundreds of acres of farmland in Burin and Huwara, both villages in the Nablus area.

The Rabbis for Human Rights spokesperson said that a group of settlers had threatened the farmers earlier in the week, threatening to beat them and vandalize their crops. The army has failed to protect the farmers from settler attacks, he noted. Israel’s occupation policies often prevent Palestinians from accessing their own lands, while violent settlers are allowed to roam freely.

Earlier on Wednesday morning, residents of the village of Deir Ammar woke up to discover that unknown vandals, most likely settlers from nearby outposts, had slashed tires and spray-painted Hebrew slogans and Stars of David on their homes and on their cars.

A version of this article was first published in Hebrew on Local Call. Read it here.

5 days to leave your families, homes, friends and leave them to whim of Turks – what a deal? On with the genocide in 120 hours! US Vice President Mike Pence, Turkish President Recep Tayyip Erdogan and the commander of the Kurdish SDF forces agreed to a five-day ceasefire in the military offensive in northeastern Syria. 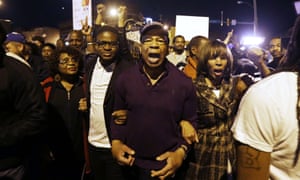 Residents noted how the late congressman, who returned home to his community every night, had risen to national significance and touched their lives

Baltimore is mourning Elijah Cummings, a US congressman who returned home to his community every night and was among its most prominent champions.

“No!” exclaimed Shauntee Daniels, the executive director of the Baltimore National Heritage Area, throwing her head back in dismay at learning the news. “I’m so sorry to hear that. He was absolutely loved by the people he represented. He understood the benefit of preserving Baltimore’s history for current generations and future generations.” 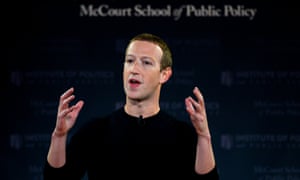 Mark Zuckerberg touted Facebook as a champion of “free expression” in a wide-sweeping speech, offering a staunch defense of the social media giant following several rocky years characterized by allegations against the platform of censorship and bias.

Speaking at Georgetown University on Thursday, the Facebook CEO invoked Frederick Douglass, Martin Luther King Jr and Black Lives Matter as a means of positioning Facebook as a champion for freedom of speech. 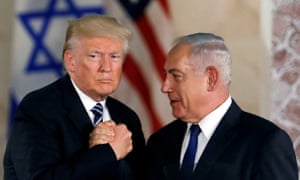 Rightwing activists are attempting to spread new laws across Republican-controlled states that would ban criticism on public university campuses of Israel and its occupation of Palestinian territory.

House Speaker Nancy Pelosi and Democratic Party leadership revealed that they held a contentious and combative meeting at the White House about Syria on Wednesday, in which President Donald Trump lashed out at her and others with an insulting diatribe. Republicans later blamed Pelosi and Democrats f

But apparently there is a ‘counterintelligence’ aspect into the investigation into Giuliani. AYUP.
— Read on www.wonkette.com/trump-not-sure-if-rudy-giuliani-is-literal-actual-foreign-agent-tsu