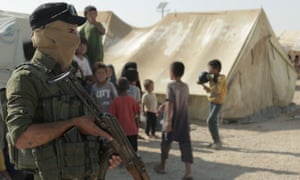 Women and children in the largest Islamic State detention centre in Kurdish-controlled Syria are expecting to be freed in the wake of a Turkish assault on the area, according to people inside the camp.

Al-Hawl, home to about 60,000 women and children with links to Isis and 10,000 displaced civilians, has been tense since Donald Trump announced US troops would leave the area at the weekend, paving the way for the Turkish attack on Wednesday. By pulling out of Syria, the US has betrayed its closest ally in the fight against the “Islamic State.” It may turn out to be a grave mistake with serious security consequences for Europe, says Matthias von Hein. Germany and the European Union are among many voices speaking out against the Turkey’s military invasion of northern Syria on Wednesday. World powers are deliberating how to respond.

But if they give on economic issues, they will be good guys again – lol. U.S. Secretary of State Mike Pompeo said in a television interview on Wednesday that China’s treatment of Muslims, including the Uighurs, in western China was an “enormous human rights violation” and Washington will continue to raise the issue.

Good choice – he always found lying and leaking as his second nature! What a rotter! Former U.S. Representative Trey Gowdy stepped into a familiar role on Wednesday when President Donald Trump tapped him to join his outside legal team to help battle a Democratic-led impeachment inquiry: conservative battering ram. A website and its social media accounts aimed at members of European Parliament is nearly a copy of Russia’s RT, an EU report has found. Just 0.14% of content was actually from European lawmakers.

The state is the first in the nation to allow pharmacists to dispense PrEP and PEP, drugs that can prevent new H.I.V. infections, over the counter. 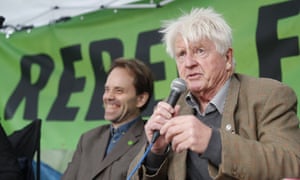 The prime minister’s father, Stanley Johnson, has told a crowd at Extinction Rebellion’s London demonstrations that he backs their methods and is proud to call himself an “uncooperative crusty”.

Johnson was responding to a question about comments made by his son, Boris, who on Monday called environmental protesters occupying sites across Westminster “uncooperative crusties” in “heaving hemp bivouacs”. 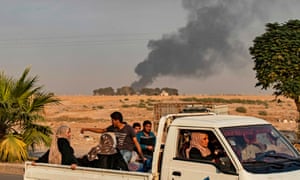 The Turkish military confirmed on Wednesday it had “launched the land operation into the east of the Euphrates river” and later said it had hit 181 “militant targets”.

Him and Trump – ROTFLMAO – POS duo!

This morning, Matt Lauer wrote a 1,300-word letter defending himself from an allegation of rape, a document that makes for a phenomenal case study in how a powerful man can turn himself into a victim. The letter follows the release of excerpts from Ronan Farrow’s upcoming book Catch and Kill, in which former NBC News…