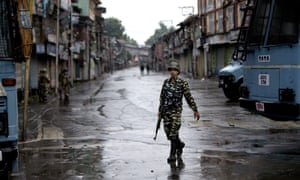 Modi’s vision for the country is one that stifles dissent and difference, in defiance of its people’s history

Four months have passed since Narendra Modi and the BJP came back to power in India, and more seems to have happened there than in the last 40 years. The sense of severance that many experience today, of being divorced from the workings of the nation, exceeds even the helplessness felt during the suspension of civil liberties in the emergency of 1975 to 1977 and the political traumas that followed.

This is because – without the matter being explicitly articulated – citizen has been set against citizen: not just Muslim against Hindu or, say, Kashmiris against the rest of India, but those who subscribe to the BJP’s new conception of the nation against those who do not, leaving one without trust in the other.