The measure, which was approved in New South Wales, home to Sydney, after days of debate, overturned a 119-year-old law. 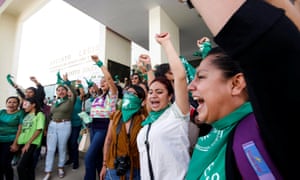 Women’s rights activists in Mexico are celebrating after the southern state of Oaxaca decriminalised abortion in a move that activists hope signals broader reforms to ensure reproductive rights in what is still a conservative and deeply Catholic country.

Lawmakers voted 24-10 on Wednesday to scrap restrictions on abortion during the first 12 weeks of pregnancy, despite vocal opposition from the Catholic Church. Opponents – including priests and the religious – screamed “killers!” at the lawmakers as the vote occurred, while women in the green handkerchiefs of the pro-choice movement chanted, “Yes we can!” 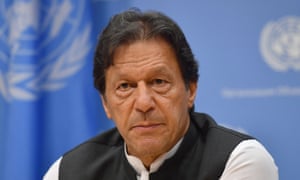 Pakistan’s prime minister, Imran Khan, has said he has been trying to raise the alarm at the United Nations this week about the danger of a nuclear war breaking out over Kashmir.

India and Pakistan came close to a conflict in February when India bombed Pakistani territory for the first time in a half century and warplanes from both countries fought a dogfight over the divided region. 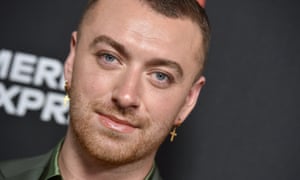 How ironic that the rightwing culture warriors claim to support free speech. They seem to want minorities to shut up and stop complaining

There’s a lot of talk these days about new political tribes, so allow me to introduce another one: the “anti-woke”. The first curious thing to note about members of this group is that they define themselves in opposition to an identity that doesn’t actually exist. They are anti-woke, even though there is no “woke”.

Woke – a term once used by African Americans to denote people who were alert to racism and social injustice – has been retired. As is often the case with black innovations, overuse by the white mainstream killed off its authenticity. Today, the person using the word is likely to be a rightwing culture warrior angry at a phenomenon that lives mainly in their imagination.

“I would like you to do us a favor, though, because our country has been through a lot and Ukraine knows a lot about it. I would like you to find out what happened with this whole situation with Ukraine, they say CrowdStrike … I guess you have one of your wealthy people … The server, they say Ukraine has it. There are a lot of things that went on, the whole situation. I think you’re surrounding yourself with some of the same people. I would like to have the Attorney General call you or your people and I would like to get to the bottom of it.” Crowdstrike is the cybersecurity firm that in 2016 first identified the presence of Russian military on the Democratic National Committee’s servers. The intelligence community soon came to a “high confidence” conclusion that Russia stole information from the DNC and from Hillary Clinton campaign chair John Podesta — data that later showed up on Wikileaks.  Trump and his supporters have since pushed a conspiracy theory that the Obama-era FBI investigation into the DNC hack was not thorough and that Crowdstrike somehow falsified information to harm Trump. There is no evidence for this. The intelligence community concluded that Russia hacked the