Donald Trump denies trying to coerce Ukraine into investigating his Democratic political rival Joe Biden but wavers about whether he would release a transcript of a phone call that some Democrats say is grounds for his impeachment.

Pacific Island leaders urge the world not to accept the “living nightmare” of climate change their countries are already facing, as the United Nations seeks to tackle stalling climate action.

Money is not the measure, votes and people are! The Democratic National Committee said it would impose slightly higher thresholds to qualify for the November debate.

This is life and death, not a media treating it as a game! As families face back-to-school medical requirements this month, the country feels the impact of a vaccine resistance movement decades in the making.

And Democrats need to expose them for what they are.

“‘We are in the beginning of a mass extinction. And all you can talk about is money and fairy tales of eternal economic growth. How dare you!'” 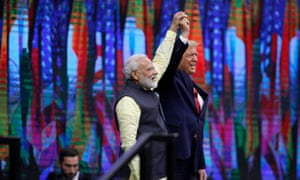 The US and India are two of the most populous and powerful democracies in the world. And they are both represented by far-right leaders

Even by the standards of the Trump era, the “Howdy Modi!” meeting in Houston, Texas, this Sunday was weird. The Indian prime minister, Narendra Modi, had invited Donald Trump to be his guest at a massive rally in the American heartland. And, unsurprisingly, giving his submissive behavior towards authoritarian leaders, the president had accepted, happily playing second fiddle to a foreign leader on US soil.

But beyond these remarkable details, the meeting was in many ways symptomatic of what I have called the fourth wave of postwar far-right politics in my new book, The Far Right Today. The fourth wave is characterized by extreme heterogeneity as well as mainstreaming and normalization, all of which were on display in Houston this weekend. 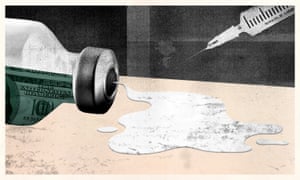 Price gouging and other barriers to accessing insulin are symptomatic of a broken healthcare system, and demonstrate the need of systemic reforms, diabetes advocates argue

Jada Renee Louis of Newport News, Virginia, died on 22 June 2019 about a week after requiring emergency hospital care for diabetic ketoacidosis, a serious complication caused by a lack of insulin, and a foot ulcer. She was 24. A type 1 diabetic, Louis, who did not have health insurance coverage, couldn’t afford the cost of her insulin doses and pay her rent. She chose to skip doses in order to pay her rent.

In 1922 Frederick Banting and Charles Best, the Canadian scientists who discovered insulin, sold their patent to the University of Toronto for $1, hoping it would be a cure for diabetes. Today a vial of insulin – which will last 28 days once opened – costs about $300 in the US. 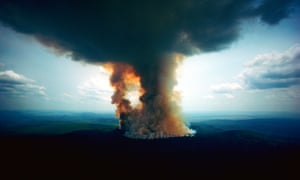 The Prayer of Saint Francis welcomes worshippers to Adolfo Zon’s riverside cathedral in this far-flung Amazon outpost: “Lord, make me an instrument of your peace.”

But when the 63-year-old bishop sets off from his Amazonian sanctuary this week and boards a plane for Rome, he will be travelling to the frontline of a smouldering political skirmish between a left-leaning, green-minded Argentinian pope and Brazil’s far-right, climate skeptic president, Jair Bolsonaro.