The problem appears to be a mucus barrier that takes awhile to overcome. 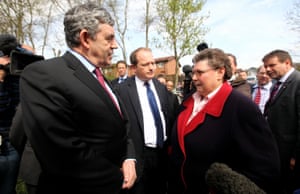 The prime minister’s walkabouts were meant to be a pre-election charm offensive. Instead, he has been confronted by people who are sick of austerity

Life is just too short, Siobhan McArdle said, to be a chief executive in the NHS right now. In an unusually blunt resignation letter earlier this month, the outgoing leader of the troubled South Tees hospitals foundation trust said her hospitals had delivered millions in so-called “efficiency savings”, but now the cupboard was bare. The trust had already been severely criticised by regulators for a bed shortage that was hurting patients; it couldn’t, she suggested, keep cutting without care suffering. It’s rare for a hospital boss to throw in the towel so publicly, but many in the NHS will understand where she was coming from.

The number of patients waiting for NHS surgery is now at its highest since records began in 2007. One in 11 NHS posts are lying vacant as staff quit and aren’t replaced. If we didn’t have a winter crisis last year, or not in the classic sense of patients piling up in corridors, that’s arguably because what was once an acute seasonal shortage of beds has become a chronic one rumbling all year long. For months all this has rather puzzlingly failed to get much political traction. But now, thanks to the father of a very sick baby girl, it has. 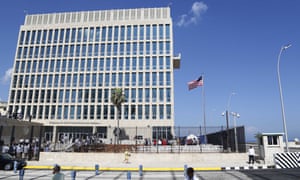 Fumigation against mosquitoes and not “sonic attacks” may have caused the mysterious illness which afflicted some 40 US and Canadian diplomats in Cuba, according to a new study commissioned by the Canadian government.

The incidents took place from late 2016 into 2018, causing the administration of Donald Trump to charge that diplomats had been attacked by some sort of secret weapon. Canada has refrained from such charges.

As he is ok with building concentration camps in Assam! PM Modi will embark on a week-long visit to the US on Friday. ​​In the first leg of his visit, he will meet CEOs of energy majors and address an Indian community event — ‘Howdy, Modi’ ​​in Houston. The PM will travel to New York on Monday to participate in the 74th session of the UN General Assembly. ​ He is expected to meet President Trump on September 24.

Serving Trump political needs and censorship of discussing rights of Palestinians? The Education Department is investigating a Middle East studies program run by Duke and the University of North Carolina, citing, among other issues, how Judaism is discussed.

Health authorities are investigating other cases of Eastern Equine Encephalitis, a virus transmitted through a mosquito bite, which has left at least five people dead in three states this year.

The mass disappearance of North American birds is a dire warning about the planet’s well-being.
— Read on www.nytimes.com/2019/09/19/opinion/crisis-birds-north-america.html

Forty were also injured in the Wednesday attack which struck farmers and labourers who just finished work, Afghan officials say
— Read on www.theguardian.com/world/2019/sep/19/us-drone-strike-deaths-afghanistan-pine-nut-workers

So if we cannot control our drones, how do we know where drones that struck Saudi’s came from?