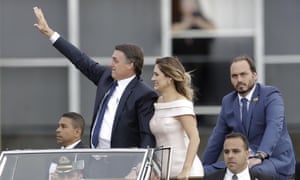 The rumbustious son of Brazil’s far-right president, Jair Bolsonaro, has come under heavy fire from across the political spectrum after claiming rapid political change was unachievable “through democratic means”.