Fascist India on the rise. 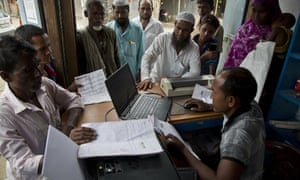 India’s home affairs minister has said his government “will not allow a single illegal immigrant to stay” amid outcry over a citizenship register in Assam that could leave almost 2 million people stateless.

The comment were made by Amit Shah during a visit to the border state. The home affairs ministry, paraphrasing Shah’s speech, said he was satisfied with the “timely completion of the process”.