The report systematically gathered investigative materials on all the cases examined and was able to identify several patterns.  Most often this type of killing happens in rural areas of the country.   The victims are almost all male, between the ages of 15 and 24, but victims were as young as 13 and 14.  More than 60% of the cases came from 2015-16 when the country’s overall homicide rate was the highest in the world.

Although police reports claimed that more than 90% of those killed were gang members, the PDDH investigation determined that in many cases that was simply not true, but the victim was simply a youth in a marginalized community where police abuse and mistreatment was rampant.  The PDDH pointed to the case of “Chepe,” a disabled deaf handyman who was much beloved in his community.   Chepe was murdered by a police patrol, which falsely wrote in a report that they had encountered a gang member and returned fire, killing him.

Quite often these killings happened as part of a large scale police sweep in a zone following an attack on security forces by the gangs.  The report details how police operatives would descend on an area, breaking into houses, terrorizing residents, and at times, executing them.

The report roundly rejected the constant refrain by the police that these deaths had occurred in the midst of armed confrontations with gang members where police were shooting in self-defense.   The average number of bullet holes in the victims was nine.

The report of the PDDH describes how police regularly covered up and lied about the events.  Frequently bodies were moved, crime scenes altered, and witnesses threatened.

The report also finds a judicial system which leaves these crimes in impunity with no accountability for the police agents involved.   Of the 48 cases, only 14 went to court and only 2 cases resulted in convictions.  The report chastizes the attorney general’s office for weak investigations and a lack of will to pursue these cases, often dismissing the cases at the front end.

Caballero de Guevara’s term as PDDH ends soon, although she is seeking reappointment by the National Assembly.  During her years in office, she has been almost entirely silent on the problem of extrajudicial killings by the police, even as human rights groups, journalists, and Agnes Callamard, United Nations Special Rapporteur for Extrajudicial, Summary or Arbitrary Executions, were raising concerns.   So this report marks an important change.

The report only involves cases from 2014-2018 during the prior administration of president Salvador Sánchez Cerén, and it appears that the new administration’s approach is just to ignore the report.   I could find no remarks from a governmental spokesperson, from a member of the National Assembly and no mention from president Nayib Bukele since the report was issued on August 28.   I found one quote from  Raúl Ábrego, Secretary of Operations and Professional Responsibility of the PNC, who told El Faro that there was no pattern of illegal conduct, but only some isolated cases.

Nayib Bukele has continued the iron fist security policy of Salvador Sánchez Cerén in Bukele’s Territorial Control Plan. There has been no purge of persons or units from the PNC involved in the cases described in the PDDH report.   Without a change of direction from the top of the government and the PNC, the pattern of police killing who they want and getting away with it will not end. 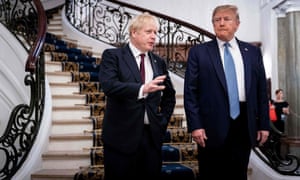 In these critical weeks for democracy, we must resist the actions of a phoney populist cabal in Downing Street

We will do everything possible to stop a disastrous no deal for which this Conservative government has no mandate. This is a smash-and-grab raid on our democracy, to force through no deal, which is opposed by a majority of the public.

Most people in Britain reject a Tory no-deal Brexit. Boris Johnson’s government wants to use no deal to create an offshore tax haven for the super-rich and sign a sweetheart deal with Donald Trump.