The air at North Cove Marina, a small slip amid the towering high rises of Lower Manhattan, felt pregnant. With rain. With hope. With anticipation.

These a-holes are just hateful. Under such rules, Sen. McCain would not have been considered a US citizen. He hates our military too! Children born to U.S. citizens stationed abroad as government employees or members of the U.S. military will no longer qualify for automatic American citizenship under a policy change unveiled on Wednesday by the Trump administration.

Trump keeps on trying to sink lower in being human, he made significant progress by defaming defaming people – American citizens – facing a hurricane – #1 racist scum 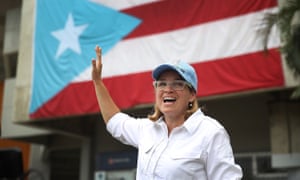 Trump is once again complaining about coverage on his preferred cable network, Fox News.

….are all in for the Open Border Socialists (or beyond). Fox hires “give Hillary the questions” @donnabrazile, Juan Williams and low ratings Shep Smith. HOPELESS & CLUELESS! They should go all the way LEFT and I will still find a way to Win – That’s what I do, Win. Too Bad!….

….I don’t want to Win for myself, I only want to Win for the people. The New @FoxNews is letting millions of GREAT people down! We have to start looking for a new News Outlet. Fox isn’t working for us anymore!

Jim Mattis, Trump’s former defense secretary, has a new memoir coming out next week in which he details some of his foreign policy differences with the president – most notably on Nato and torture.

The book, Call Sign Chaos, will be published next week. The Guardian obtained a copy. In it, Mattis avoids direct criticism of his former boss but offers some pointed comments that will probably be seized on by opponents of the president.

The retired US marine corps general recalls being surprised in November 2016 when he was called by the then vice-president-elect, Mike Pence, and asked to meet Trump to discuss the job of defense secretary. 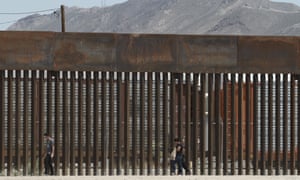 Donald Trump has reportedly told aides he will pardon them for any laws they might break to build a wall along the US-Mexico border as he rushes to get hundreds of miles of fencing erected before the 2020 election.

Related: Trump claims he’s ‘best thing that’s ever happened to Puerto Rico’ as he lashes out at territory – live

India’s ruling Hindu Nationalist Bharatiya Janata Party (BJP) unilaterally revoked Articles 370 and 35-A from the Indian constitution. These articles had granted the disputed territory of Jammu and Kashmir special rights. Historically, Kashmir had been governed by Mughals, Afghans, Sikhs…

The post Listen to Kashmir appeared first on sister-hood magazine. A Fuuse production by Deeyah Khan..

Senator Kirsten Gillibrand of New York, who presented herself in the presidential race as a champion of women and families, said Wednesday that she was withdrawing from the Democratic primary after failing to qualify for a third debate next month — a development she described as fatal to her candidacy.

The L.A. Times finds the Trump administration appears to be violating U.S. law in implementing the Remain in Mexico policy, officials and lawyers warn.
— Read on www.latimes.com/politics/story/2019-08-28/trump-administration-pushes-thousands-to-mexico-to-await-asylum-cases 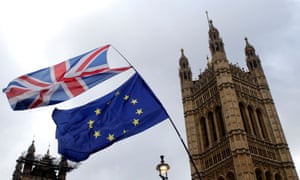 Rolling coverage of the day’s political developments as they happen

Scotland’s first minister has tweeted, saying that unless MPs work together to stop Johnson, today could go down as “a dark one indeed for UK democracy”.

So it seems that Boris Johnson may actually be about to shut down Parliament to force through a no deal Brexit. Unless MPs come together to stop him next week, today will go down in history as a dark one indeed for UK democracy. https://t.co/68lFnEgiyr

Given her past statements opposing a no deal Brexit, it would be good to have confirmation from Ruth Davidson today that all Scots Tory MPs will back the cross party effort next week to stop it – and that they will also oppose Boris Johnson’s attempt to shut down Parliament.

Spare a thought for SNP planners – the party’s annual conference is traditionally a few weeks later than the UK ones and falls right across October 14th…https://t.co/b3lB9WKT3R

Craig Oliver, who was director of communications at No 10 under David Cameron, has tweeted:

I suspect Number 10 believes it has created a win win scenario with this explosive announcement. Yes – and they get Brexit by October 31st; No – and they get to fight a ‘people versus parliament’ general election. https://t.co/T3PlrALFml