Until U.S. lawmakers and major Jewish organizations adjust to the current one-state reality, the acrimony that has marked the last several years under Netanyahu and Trump will only intensify.

A mural depicting President Donald Trump kissing an Israeli army watchtower is seen on the separation barrier in the West Bank city of Bethlehem, August 4, 2017. (Flash90)

For decades, the two-state solution has been the central pillar of the bipartisan pro-Israel consensus in Washington. Since the signing of the Oslo Accords, every single U.S. administration has been committed, at least nominally, to the establishment of a Palestinian state alongside Israel.

Yet the expiration of the two-state paradigm under Prime Minister Netanyahu and the lack of a clear alternative to take its place has kicked that pillar away, disordering the politics of Israel-Palestine in the United States. Until American decision-makers adjust to the current one-state reality, the acrimony, chaos, and division that have marked the past several years will only intensify.

Without the pretext of a peace process, the Trump administration is pursuing a post-two-state agenda rife with draconian measures taken against key Palestinian institutions, from closing the PLO office in Washington to slashing funding to UNRWA. Today, the administration’s Middle East policy is being set by right-wing, pro-settlement officials, and Trump’s “Deal of the Century,” if it is ever released, is sure to be a gift to the Israeli territorial-maximalist right and will not likely include a Palestinian state. These shifts dovetail perfectly with Israel’s annexationist policies on the ground in the occupied territories.

U.S. politicians and the major Jewish-led organizations that deal with Israel-Palestine have so far failed to adjust in response. Almost all remain committed to a two-state solution, despite the clear intentions of both the Trump and Netanyahu administrations to bury it once and for all. And so, in the gap between their stated positions and the reality on the ground, confusion, hedging, and half-measures pervade.

Liberal Zionist organizations like J Street and the New Israel Fund are attempting the difficult, ineffectual dance of outwardly opposing the BDS movement while simultaneously opposing measures that seek to outlaw boycotts of Israel. AIPAC stalwarts in Congress have attempted to bolster support for the two-state solution only to be rebuked by Israeli MKs, including several high-ranking members of Netanyahu’s Likud party, who called a Palestinian state “far more dangerous” than BDS.

The result has been the zombification of the bipartisan pro-Israel consensus — an undead consensus lumbering the halls of Congress that not only no longer corresponds to the political reality in Israel-Palestine, but also no longer reflects what many ordinary American voters actually believe. Indeed, while members of Congress can still be counted on to vote overwhelmingly in Israel’s favor across partisan lines, among the broader public, bipartisan support for Israel has collapsed.

A widely publicized 2018 Pew Survey found that only 27 percent of Democrats sympathize more with Israel than with the Palestinians, while 79 percent of Republicans sympathize more with Israel. Among young people, support for Israel is even lower. A 2018 Economist/YouGov poll found that just one-quarter of respondents ages 18-29 consider Israel an ally.

Furthermore, recent polling suggests that on the actual issues of BDS and the one- and two-state solutions, U.S. politicians are even more out of step with the public than typically acknowledged. A 2018 University of Maryland poll found that there is no majority support for a two-state solution among Americans. The poll also reported that, “If the two-state solution ceased to be possible, 64 percent of Americans would choose the democracy of Israel, even if that meant that Israel would cease to be a politically Jewish state, over the Jewishness of Israel, if the latter meant Palestinians would not be fully equal.” And while few Americans have specifically heard of the BDS movement, 40 percent of Americans — and a majority of Democrats — support sanctions on Israel if it continues settlement expansion.

When such a disjuncture exists between elected representatives and the people they represent, a realignment is in order — and realignments can often be messy, acrimonious affairs. The redrawing of a political terrain requires polarization, which is precisely what is happening right now between Democrats and Republicans, and among Democrats themselves.

We have already begun to see how a coalition of evangelical Christian Zionists and right-wing, Orthodox Jews has turned the GOP into the party of a single undemocratic Jewish state between the Jordan River and the Mediterranean Sea. The Democrats, in contrast, and particularly the party leadership, have been exceptionally resistant to change, holding fast to the dying two-state paradigm.

Yet Democrats have significant room to realign their views with reality on the ground, and there is little to be gained from clinging to an obsolete position that has lost popular support. The sole supporters of BDS in Congress, Reps. Ilhan Omar and Rashida Tlaib, have garnered attention not merely because Trump has targeted them, but because a sizable portion of Democrats sympathize with, if not share, their views.

Moving Democratic politicians into alignment with their base will likely require bitter primary challenges and internecine fights of the sorts that we have already seen. It is worth noting that many of the party’s leaders — Nancy Pelosi, Steny Hoyer, and others — are facing primary opponents whose platforms include much more left-wing positions on Israel-Palestine.

Realignments, of course, do not happen overnight. In the case of South Africa, three decades elapsed between the first major calls to boycott the apartheid regime and Congress’s passage of the Comprehensive Anti-Apartheid Act of 1986 — over President Ronald Reagan’s veto.

In the case of Israel-Palestine, realignment could take just as long, if not longer. The Israeli government long ago adjusted its public relations strategy for the post-two-state reality, spending vast sums of money to oppose the BDS movement, despite its relative marginality, and combat what is often called “delegitimization” of Israel. Today, the Israeli hasbara apparatus’s most active front is the attempted redefinition of anti-Zionism as anti-Semitism, with the goal of rendering any opposition to the occupation, Zionism – or even simply Israeli policies themselves — beyond the pale of mainstream acceptability.

What this means is that the discord that has characterized the past several months of U.S. politics, from Israel’s denial of entry to Reps. Omar and Tlaib to Trump’s accusation of “disloyalty” against the vast majority of American Jews, will not only continue for the foreseeable future — it will probably get worse.

The one-staters in the Republican Party, in concert with the right-wing Israeli government, will continue to wield false accusations of anti-Semitism against critics of Israeli policy while strengthening alliances with actually anti-Semitic Christian Zionists in the United States and the far-right abroad. American Jews, threatened by rising white nationalist violence at home, will have to confront the painful reality that Israel, far from being a refuge or “light unto the nations,” is something much more ordinary — a violent, undemocratic state. The ECHR has ruled that Russia violated multiple rights of Sergei Magnitsky — an auditor who died a decade ago while in pre-trial detention. The court said the poor medical care he received led to his death. Britain’s opposition groups say they have agreed to cooperate in a bid to prevent a “no deal” Brexit. However, they were tight lipped on how they planned to do this, beyond saying they favored the parliamentary route.

The mayor of Marysville, Mich., said Jean Cramer was “not fit for office.”

Everyone should use a password manager. It’s the most important thing you can do — alongside two-factor authentication — to keep your data safe.

The idea that proponents of greater electoral equity have to quiet down because we live in a ‘republic’ is absurd.

He captured the newlyweds John and Jacqueline Kennedy in their Georgetown home and, later, Brigitte Bardot, Paul Newman and numerous other movie stars. 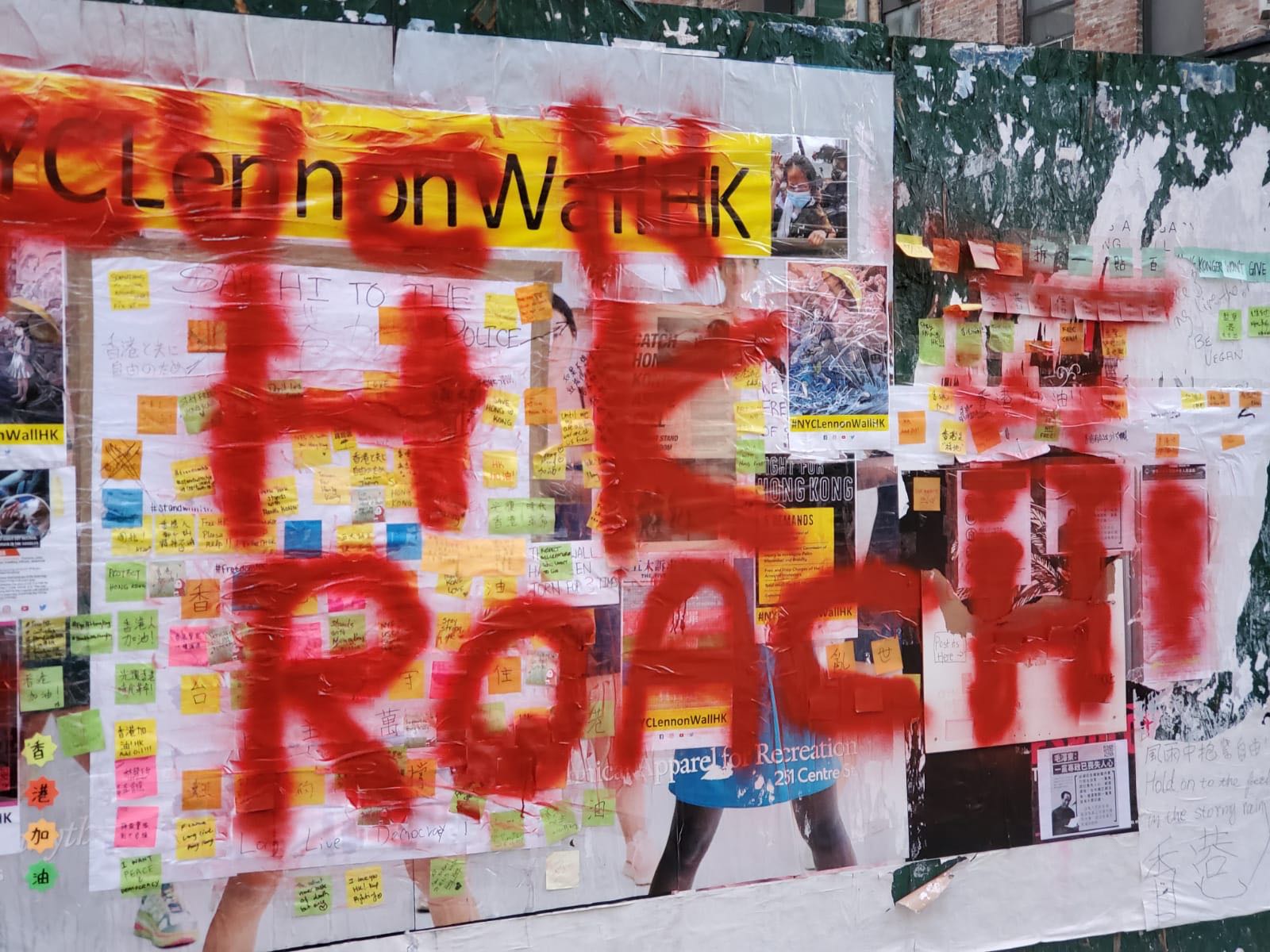 A Chinatown protest display with messages of support for pro-democracy demonstrations in Hong Kong has been vandalized a second time in less than a week. [ more › ] 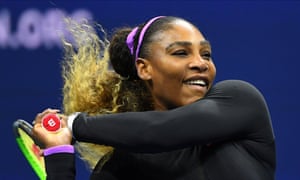 So much has changed since the last time Serena Williams and Maria Sharapova stared each other down from across the net, fists pumped and teeth bared as growls vibrated from their throats. After falling to Wiliams for a 19th time in their 2016 Australian Open quarter-final, Sharapova walked off the court and took the drug test that would change her life. A year later, Williams returned to Melbourne pregnant and tore through the draw without dropping a set.

In the years since, both women have failed to match those results for different reasons, but under the lights of the Arthur Ashe Stadium in the most absurd first-round draw in recent history, there was a sense of familiarity as Williams demolished Sharapova 6-1, 6-1 to move up 20-2 in one of the most famous head-to-heads of all time.