Never since the founding of postwar Germany have relations between Berlin and the United States been as fragile as they are today. There is virtual radio silence between Chancellor Angela Merkel and President Donald Trump and U.S. Ambassador Richard Grenell is doing more to agitate the situation than to mediate.

yuck! Scores of people born through artificial insemination have learned from DNA tests that their biological fathers were the doctors who performed the procedure. 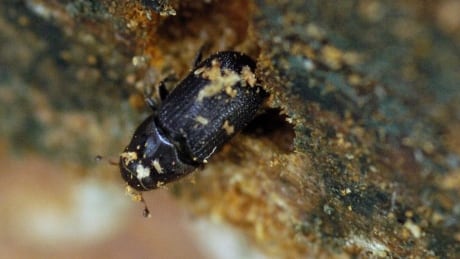 Lodgepole pines can send distress signals warning nearby trees of an imminent attack and urging them to get their defences in place, a new study from the University of Alberta found.

put up or shut up 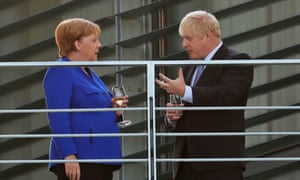 Macron rules out renegotiating Brexit deal, as French see no deal as ‘most likely outcome’

Angela Merkel has challenged Boris Johnson to come up with a solution to avert a no-deal Brexit “in the next 30 days”, putting responsibility for stopping the UK crashing out of the EU firmly at the British prime minister’s door.

After weeks of diplomatic tension, the German chancellor used her first face-to-face meeting with her UK counterpart on Wednesday to emphasise that Britain still has the power to resolve the crisis, suggesting that the backstop was “a placeholder that will no longer be necessary” if a solution to the impasse over the Irish border can be found. 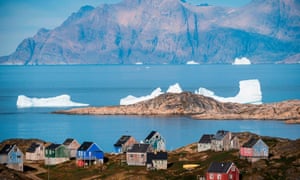 The last time Americans felt hostility to anything remotely Danish was when the pompous old Duke of Weselton launched a trade-war-turned-palace-coup against the warm-hearted ice queen known as Elsa. Even the pre-pubescent fans of Frozen know that trade wars are doomed and that strong female leaders are unstoppable.

It’s tempting to look at Donald Trump’s ludicrous desire to buy Greenland – and the Danish spat that followed – as just another sick joke of the Trump presidency: an aberration that the world will forget with tomorrow’s distracting tweets on some other outrage.

Donald Trump used an apparently antisemitic trope when accusing Jewish Americans who vote for Democrats as showing “either a total lack of knowledge or great disloyalty”.

The remarks came as part of a barrage of disparaging comments that threaten to re-ignite an ongoing feud with Democratic congresswomen Ilhan Omar of Minnesota and Rashida Tlaib. They seemed to refer to a perception that Jewish Americans have a dual loyalty to both America and Israel.

Actions have consequences. Tear children away from their parents, and then have a lowering of standards for who can keep said children….what did you think would happen?

These families should have never been separated.
No rest until the migrant families are reunited, freed, and ICE is abolished. https://t.co/psMdMM5Hnw

When it comes to Dolt45, some folks always try and bring up ‘what’s in his heart’. Muthaphucka, I don’t give two shyts what’s in his heart. I know what he’s said, and more importantly the RACISM IN THE POLICIES ENACTED.

The RACISM IN THE POLICIES that we see…

We have been telling you from the beginning on the issue of immigration what the end goal was:

EVERYTHING that they have done has participated in MAKE AMERICA WHITE AGAIN.

Attacking and rounding up the undocumented.

Attacking and deporting longtime residents of this country for trivial matters.

Betraying immigrants who signed up to fight in the military and put their lives on the line for this country.

Trying to strip the actual CITIZENSHIP from naturalized citizens.

Tearing children apart from their parents.

NOT attempting to reunite children with FAMILY MEMBERS IN THE UNITED STATES.

Warehousing migrants as if they were cattle, in unsanitary conditions.

Monitoring the PREGNANCIES of migrants in custody and attempting to DENY THEM THE RIGHT TO AN ABORTION IF WANTED.

Closing the proper legal access points of entry for asylum, so that when people attempt to cross, they are committing a crime.

Deliberately not screening those applying who want to ‘take care’ of the stolen children – thus placing them in the path of abusers and pedophiles. When it’s all said and done, we will find out that some of these ‘lost’ children have been trafficked.

And now, I found this posted today:

Where do children separated from parents, or detained without them at the border go? In #Chicago, journalists at @propublica + community organizers exposed a network of child prisons. Now, we’re publishing testimony from a former staff member. #AbolishICEhttps://t.co/hMVsUgbcRm pic.twitter.com/wtOGsK8Un9— It’s Going Down (@IGD_News) August 20, 2019

These people belong at The Hague.

In the latest example of its racist cruelty, the Trump administration won’t provide flu vaccines to migrant families at border detention camps. This is despite the fact that at least three children held in detention centers have died, in part, from the flu.https://t.co/CQlojb1CVC— Jon Cooper (@joncoopertweets) August 20, 2019

They have been pushing ‘ the diseased invader’ meme for awhile.

They are hoping that a flu epidemic happens.

How do you lost one child?hundreds? thousands?

Jewish allies from @NeverAgainActn are putting themselves on the line to defend immigrants.

Angry but not surprised that ICE drove a truck though the people protesting their inhumane treatment of migrants at the border.https://t.co/MKSUrjWUqC

200 Latino leaders and artists, incl @DoloresHuerta, @AmericaFerrera, & @ChefJoseAndres, have released letter of support to US Latinos.

“If you are feeling terrified, heartbroken & defeated by the barrage of attacks on our community, you are not alone.” https://t.co/hnhGjczy7C

“But we will not be broken. We will not be silenced. We will continue to denounce any hateful & inhumane treatment of our community. We will demand dignity & justice. Though real pain & fear are sweeping through our communities, we remain powerful.” #QueridaFamilia