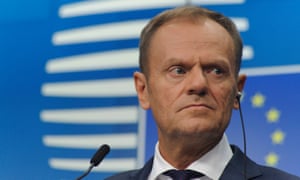 The European Union has rebuffed Boris Johnson’s attempts to tear up the Irish backstop, in a coordinated response that appeared to close the door on further meaningful Brexit negotiations.

In remarks shortly before the prime minister departed for a whistle-stop tour to meet European leaders, Johnson put the blame for the EU’s hardline response at the feet of Conservative rebels, claiming his negotiating strategy was being undermined by those who said they could prevent no deal.