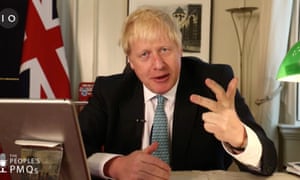 Many Brexiters, including the prime minister, are in denial about the cruelty that their choices have already inflicted on millions of people

The Conservative party is in the habit of seeing the European Union as something that was inflicted on Britain and Brexit as self-defence. Eurosceptics struggle to perceive any aggression in the act of leaving the EU. But for citizens of other European countries the referendum felt profoundly hostile. How could it be taken any other way? Control over immigration was a centrepiece of the leave campaign. Xenophobia was an active ingredient and without it the result might have been different. Since then many efforts have been made to regularise the position of EU citizens in UK law but the underlying condition of anxiety persists.

Last week, the Home Office announced that over one million people have been granted “settled status” – the new legal category that maintains rights of work and residence in the UK. More than 50,000 people applied in the first weekend after the scheme was launched in March. The Home Office advertises that number as if it describes enthusiasm for a popular new product and not a desperate dash for security. The total number of EU nationals in the UK is around 3 million.