Nearly half of the 680 people detained in the largest US immigration raid in a decade have been released pending deportation trials. Teachers have described the “devastation” of children left home alone after the raids.

Faux-Hindu Nationalists are just fascist and anti-Muslim racists! For India’s new rulers, Muslim-majority Kashmir was the perfect place to announce the rise of India’s new muscular nationalism and unabashed majoritarianism.

A day after the raids, state officials and immigration advocates still did not have a clear picture of what had happened to the children. 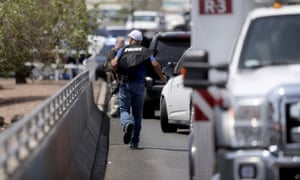 The economic recession and the election of America’s first black president would create fertile ground for rightwing radicalization, the 2009 report concluded. Military veterans returning from Iraq and Afghanistan, in particular, would be attractive targets for recruitment. 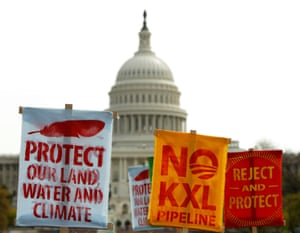 Law enforcement groups, including the FBI, have been monitoring opponents of a natural gas infrastructure project in Oregon and circulated intelligence to an email list that included a Republican-aligned anti-environmental PR operative, emails obtained by the Guardian show.

The South Western Oregon Joint Task Force (SWOJTF) and its members were monitoring opponents of the Jordan Cove energy project, a proposal by the Canadian energy company Pembina to build the first-ever liquefied natural gas terminal on the US west coast, as well as a new 232-mile pipeline that would carry fracked natural gas to the port of Coos Bay.

It turns out people are shocked—shocked—to learn that the billionaire owner of Equinox and SoulCycle plans to hold a fundraiser for Donald Trump’s reelection campaign; so much so that some are planning to take their mesh-paneled leggings elsewhere until the fervor dies down.

Source: CENSORED NEWS: Five in Operation Condor sentenced to life: U.S. trained assassins for torture and assassinations in the Americas

The main site of Japan’s experiments into biological warfare was the prisoner of war camp known as Unit 731 located in Pingfan, Manchuria, where Chinese inmates were subjected to gruesome experiments aimed at testing the limits of the human body and the effectiveness of biological and chemical agents.

These experiments were replicated elsewhere on Allied POWs in the puppet state of Manchukuo created by the Japanese and nominally ruled by Pu Yi, the last emperor of China. Born on 25th June 1892, Shiro Ishii was a brilliant medical student at the Imperial University in Kyoto who then went on to become a surgeon in the Imperial Guard. Further studies cemented Ishii’s status as one of the country’s pre-eminent specialists in the field of bacterial research and he is credited with inventing a revolutionary filtration system which could remove all traces of bacteria from stagnant water. From 1933, Ishii switched his attention away from the prevention of infections and began to concentrate his research on how dangerous bacterium could be best employed in warfare.

Unit 731, the Center of Japan’s Wartime Experiments on Humans

In 1933, Shiro Ishii moved his team of researchers to Manchuria in China and assumed leadership of a center of experimentation into biological warfare which would later come to be known as Unit No. 731, and eventually be responsible for the deaths of around 3,000 inmates. The human guinea pigs of Unit 731 were mostly captured Chinese soldiers or locals thought hostile to the occupation. However, at the nearby camps of Hogoin and Moukden similar experiments were repeated on captured Russian and other Allied soldiers respectively. The results were then transmitted back to Ishii’s personnel for verification.

Inmates of the camps were subjected to a terrifying array of experiments. Bombs containing gangrene or various bacterium were set-off in close proximity to prisoners, not with the intention of causing death by explosion, but in order to study the effectiveness of airborne infection.

Among many other atrocities, subjects were exposed to extremes of temperature, decompression, bombarded by x-rays, starved, deprived of sleep, boiled alive, killed in giant centrifuges, or even subjected to vivisection whilst still alive.

The Aims of Unit 731 and Shiro Ishii’s Research

The horrific experiments carried out within the walls of Unit 731 were not just a case of cruelty for cruelty’s sake. The aim of Shiro Ishii’s research was the development of an effective chemical and biological weapons program that could turn the tide of the war in Japan’s favor.

One of Unit 731’s buildings is now open to visitors.

Shiro Ishii was particularly interested in the plague and a significant amount of Unit 731’s resources were expended on breeding rats to sustain plague-carrying fleas.

Several outbreaks of plague in China during the early 1940s can be directly attributed to Ishii’s experiments on the local populace. When running at full capacity, Unit 731 was theoretically capable of producing three hundred kilos of plague germs per month and enough bacteria of various sorts to kill the entire population of the world several times over.

The End of Unit 731 and the War Crimes Tribunals The ruins of a boiler building on the site of the bioweapon facility of Unit 731. By 松岡明芳 – CC BY-SA 3.0

In August 1945, as the Soviet army swept into Manchuria, Shiro Ishii evacuated around 2,000 members of Unit 731 back to Japan; everyone was under strict instructions to separate and not to talk to anyone of what had happened at the camp.

The retreating Japanese army destroyed nearly all traces of Unit 731 and other similar camps, although some documents still fell into Soviet hands and were used to set up their own programs after the war. At Unit 731 alone, the Japanese army killed all of the prisoners and machine-gunned six hundred local workers.

Once Japan had formally surrendered, Shiro Ishii and others deemed responsible for carrying out atrocities in the pursuit of biological warfare were regularly interrogated by the Americans, who refused all Soviet requests to hand them over. Memory plate for the atrocities of Unit 731.

Shiro Ishii never faced a war crimes tribunal, and the subject of biological warfare was never raised during any of the trials of suspected Japanese war criminals. General MacArthur himself officially denied the existence of any Japanese experiments on American soldiers.

The reason for this is simple: a deal had been struck whereby Ishii told the Americans everything he knew about biological and chemical warfare in return for immunity from prosecution.

Shiro Ishii died of throat cancer in 1959 but the last years of his life are the subject of some dispute: it is claimed that he continued his research into biological warfare in America, but his daughter denies this and asserts that he spent the post-war period in Japan.