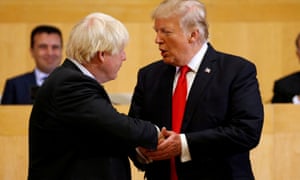 Any future US-UK trade deal would almost certainly be blocked by the US Congress if Brexit affects the Irish border and jeopardises peace in Northern Ireland, congressional leaders and diplomats have warned.

Boris Johnson has presented a trade deal with the US as a way of offsetting the economic costs of leaving the EU, and Donald Trump promised the two countries could strike “a very substantial trade agreement” that would increase trade “four or five times”. 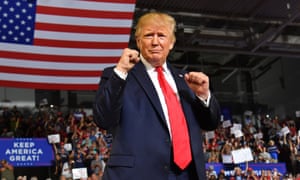 Amid the global rise of rightwing populism, “fascist” has become a common – indeed over-used – epithet. The F-word is convenient for critics of the new wave of populism, seeking as it does to tie their opponents to historical movements which nearly all of mainstream society regards as deplorable. But the word is convenient for the right too, allowing them to wave away their critics as overwrought and deranged while avoiding serious discussion of the substance of their policies and rhetoric.

Even the Trumpified Republican party is not a fascist movement and Trump is certainly no Hitler. Full-blown fascism usually emerges under the pressure of economic collapse or existential war, but it is constructed from pre-existing social and political raw materials. But while the Trump era hasn’t seen the rise of a true fascism in the United States, it has given us sharp and painful insights into the raw materials out of which a future American fascism might be constructed. 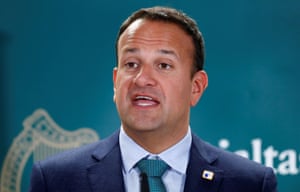 Leo Varadkar, Ireland’s prime minister, is being demonised by the Brexit-supporting section of the British press. His determination to stick by the backstop provision in the EU withdrawal agreement has particularly outraged the Daily Telegraph and the Sun.

Both papers, with tacit support from the Daily Express, are engaged in a tactic familiar to those who, down the years, witnessed the treatment that has been handed out to homegrown politicians such as Tony Benn, Michael Foot, Neil Kinnock and, of course, Jeremy Corbyn.

It would be “unthinkable” if a no-deal Brexit was not followed by a poll on Irish reunification, the leader of Sinn Féin has warned Boris Johnson, also telling the prime minister that no one believed he was impartial on Northern Ireland.

“In the longer term, we have advised him that constitutional change is in the air. He can’t say that he hasn’t been told,” Mary Lou McDonald said after meeting Johnson at Stormont on Wednesday morning.

If you think any of this wonkiness is going to deal with this dark psychic force of the collectivized hatred that this President is bringing up in this country, then I’m afraid that the Democrats are going to see some very dark days. We need to say it like it is, it’s bigger than Flint. It’s all over this country. It’s particularly people of color. It’s particularly people who do not have the money to fight back, and if the Democrats don’t start saying it, why would those people feel they’re there for us, and if those people don’t feel it, they won’t vote for us and Donald Trump will win.

Source: Marianne Williamson Debate Shows She Knows How to Talk About Race 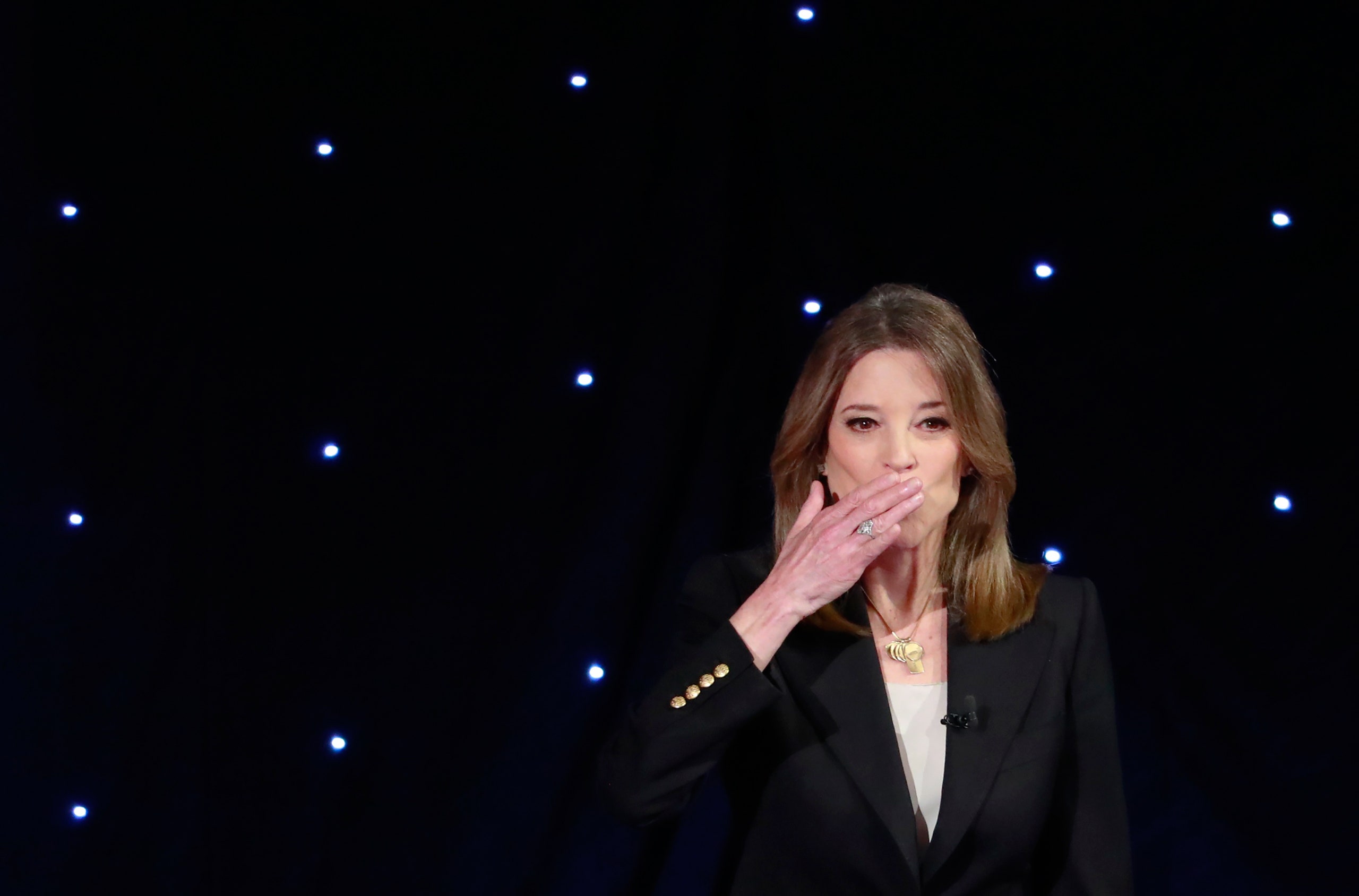 Naomi Fry writes on Marianne Williamson’s performance at the Democratic primary debate in Detroit, which added a level of rigor to her campaign.

A delegation of Orthodox Jewish rabbis expressed solidarity Wednesday with U.S. Rep. Ilhan Omar after she was criticized for making ‘anti-Semitic’…

An 11-year-old on Friday was able to hack into a replica of the Florida state election website and change voting results found there in under 10 minutes.