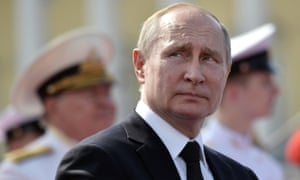 Vladimir Putin is no ordinary two-faced politician. For Russia’s Janus-like president, double-speak, disingenuousness and duplicity are a way of life. For 20 years, he has shown himself the master of having it both ways. But is he about to be found out? As riots shake Moscow, with the promise of more to come, is an end to the long, dark night of the Putin supremacy a dawning possibility?

On the infrequent occasions when Putin openly presents himself to the Russian public, he cultivates the persona of a caring, fatherly figure, not unlike a tsar, valiant in the cause of people and nation. Kremlin publicists project images of a bare-chested, no-nonsense tough guy and stern, stalwart patriot, as was the case on Sunday when he was pictured reviewing a St Petersburg naval parade.