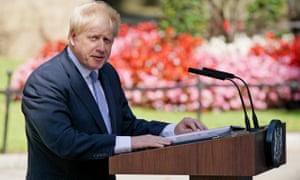 I spent 10 years negotiating with EU leaders. They don’t trust him, and simply won’t be fooled by his bluster

• Jonathan Powell was chief of staff to Tony Blair

The new prime minister insists blind ambition is enough. Like Peter Pan, if we do believe, we do, we do, then it will come true. We can have a new exit deal with the European Union within 99 days without the “undemocratic” Irish backstop because he wills it so. This Tinkerbell delusion is about to be tested on the wheel of harsh reality when Boris Johnson goes to meet his European colleagues. But even his first step has backfired. When he, unwisely, upped the ante by making refusal of the Irish border backstop a precondition for talks, the EU negotiator Michel Barnier immediately rejected the move. Now Johnson will have to back down even to get a meeting.

The prime minister’s strategy, however, remains clear: he will combine public threats and private charm. First, he will frighten Europe by giving every impression of going hell for leather for a no-deal Brexit. He has certainly appointed the right team to frighten them – Dominic Raab, Michael Gove and Dominic Cummings. Like us, EU leaders have seen the movie. And then he hopes the leaders will melt in the face of his personal charm when he comes to visit them. 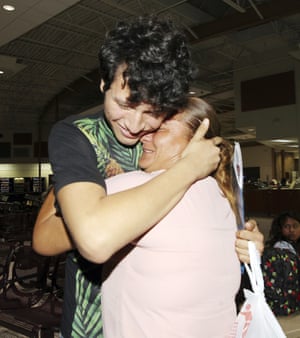 A mother and her American-born teenage son are suing two US government agencies and speaking out over the inhumane conditions they said he endured while taken into border custody for more than three weeks.

No shame, no democracy. Russian police detained 317 people on Saturday, including prominent opposition activists, around a political protest in Moscow which authorities had declared illegal.