Deja vu all over again – FBI tried to discredit Martin Luther King as commie! When you’re right old white supremacy folks claim red! Even while their leader has sold out to old commie spy master Putin! 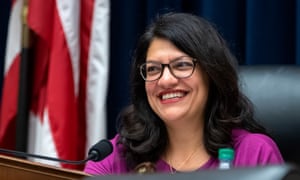 Condemnation of Democratic congresswomen is xenophobic, dangerous and flat-out false

The Republican party has come out swinging against socialism – a strategy sure to be a mainstay of its 2020 campaigns. “Our opposition to our socialist colleagues,” the Wyoming senator Liz Cheney claimed, referring to the congresswomen Alexandria Ocasio-Cortez, Rashida Tlaib, Ilhan Omar and Ayanna Pressley, “has absolutely nothing to do with their gender, with their religion, or with their race. It has to do with the content of their policies. They are wrong when they attempt to impose the fraud of socialism on the American people. They are wrong when they pursue policies that would steal power from the American people and give that power to the government.”

It’s a bold line coming from the daughter of a man, the former vice-president Dick Cheney, who did more to centralize power in the executive branch than perhaps any other public official in living memory. It’s also a bald-faced lie. Cheney’s diatribe against socialism – like Trump’s racist railing against the same group of progressive freshman congresswomen to “go back” to where they “originally came from” – has a long legacy in American history: it’s called red baiting.