The Government Accountability Office found that the administration “did not consistently ensure” that appointees to E.P.A. advisory boards met federal ethics requirements.

The images stirred an outcry about the spread of violent content on social media and the inability by tech companies to police it.

Also, a high-level meeting was held in Geneva today to assess the latest developments and build donor support. 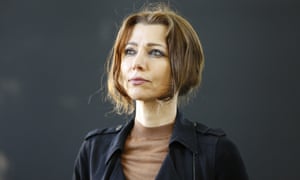 The author once put on trial for ‘insulting Turkishness’ explains why writers, academics and especially women, face escalating hostility in Erdoğan’s Turkey

One day two months ago I woke up to thousands of abusive messages on Turkish social media, many of them generated by bots and trolls. Sentences had been plucked from one of my novels, The Gaze, and were being circulated by people demanding fiction writers be put on trial for “obscenity”. My new novel, 10 Minutes 38 Seconds in This Strange World, was also targeted. Both books explore difficult subjects – sexual harassment, gender violence and child abuse – and I was far from the only writer targeted in this way. Soon the hysteria turned into a kind of digital lynching of Turkish authors who had even slightly touched on similar issues in their novels and short stories.

I received a distressed call from my Turkish publisher the same week, informing me that civilian police officers had come to the office demanding to see a number of books. Not only my fiction but titles by Duygu Asena, a leading feminist who died in 2006. The books were taken to the prosecutor’s office to be investigated.

More than a 100 years later, his grandson, Donald Trump, imposed new immigration rules that would have kept his grandfather out of the US.  The Trump administration’s hardline immigration stance has also set precedent for the First Lady Melania Trump to be deported.  Meanwhile, deportation raids in the US which are part of a crackdown by the Trump administration on all undocumented immigrants have led to a increase in arrests of immigrants who do not have criminal records.  In the latest deportation sweep, immigration officers arrested 650 people in communities across the US over a four-day span in July. Among them, 520 had no criminal records.  In June, President Trump reversed on his campaign promise to deport immigrants’ children, known as “Dreamers”, but their parents could still be sent back to their home countries.

Source: Donald Trump’s grandfather wrote letter begging not to be deported. Here it is | The Independent