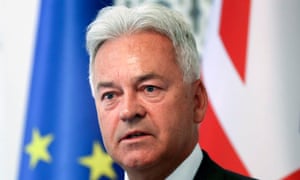 Boris Johnson has been heavily criticised by fellow Tory MPs over his role in Sir Kim Darroch’s decision to resign as the UK ambassador to Washington, with one backbencher saying the frontrunner in the Conservative leadership contest should come to the Commons to apologise.

An urgent question in the Commons about Darroch’s departure, which followed the leak of diplomatic cables critical of Donald Trump’s White House, resulted in repeated condemnation of Johnson, and only one Conservative MP came to his defence.