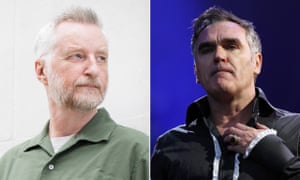 Billy Bragg has condemned Morrissey for sharing a video from a YouTube channel that argued that the British establishment is using Stormzy to promote multiculturalism at the expense of white culture. The video, which has since been removed, contrasted the positive critical response to Stormzy’s headline set at Glastonbury with headlines detailing Morrissey’s support for far-right groups. Morrissey posted it on his de facto website, Morrissey Central, under the title: “Nothing But Blue Skies For Stormzy … the gallows for Morrissey”.