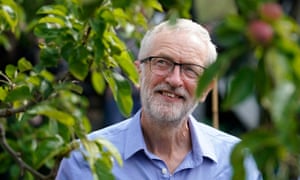 The Labour party is in peril. The flailing political right, intellectually bankrupt but keenly culturally aware, has unleashed a social and political civil war to save itself. Brexit marks not the end but the beginning of a new politics in which the right is transmuting into the party of English nationalists – the Brexit party engulfing mainstream Toryism. The ugly forces have to be confronted, argued against and beaten. No quarter is possible.

By refusing to take up arms, the Labour party has colluded with the Brexit right, created the opening for the Lib Dems and Greens and thus permitted the emergence of a new multi-party system. If Labour continues to temporise, the first past the post electoral system will fell it. The Lib Dems, unapologetic Remainers who are beginning to recognise that their Keynesian tradition offers better policies for the times than soft Thatcherism, have the opportunity to become the new anchor of British progressive politics – strengthened, if they are sufficiently strategic, by working closely with the Greens.

The most addicting delusion is self-delusion – especially when encouraged by those making a profit from the delusion! 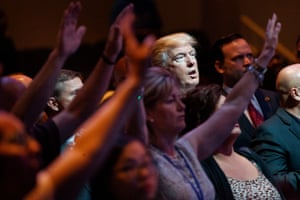 When Donald Trump took the stage last month at a mega-conference for the Faith and Freedom Coalition, the country’s largest organization of evangelical Christians, he was granted an extraordinary welcome by the group’s chairman, Ralph Reed.

“We have had some great leaders,” Reed said, to cheers. “There has never been anyone who has defended us and fought for us, who we have loved more than Donald J Trump. We have seen his heart and he is everything he promised he would be, and more.”

Coillte, a state-owned commercial forestry business, started buying land and planting here in the 1960s. Private companies, encouraged by tax breaks, followed. Farm land vanished as Sitkas multiplied. They now number an estimated 34.5m – more than 1,000 for each inhabitant. The trees mature in about 30 years – exponentially faster than oak – and are then felled, making way for a fresh plantation. “The forest closed in bit by bit,” said McCaffrey, a farmer, who now feels surrounded. The trees eclipse sunlight, exude mist and block wifi and phone networks, inducing isolation, he said. “It’s a death sentence for the townlands.” These non-native trees carpet the soil with acidic needles and smother wildlife, said Natalia Beylis, an artist. “A lot of people find them spooky because they don’t have life in them. They’re silent except on the edges.”

Billionaire pedophile Jeffrey Epstein was arrested for allegedly sex trafficking dozens of minors in New York and Florida between 2002 and 2005, and will appear in court in New York on Monday, acco…

These are the world’s top 10 refugee host countries. Surprised? pic.twitter.com/5VFTOfK7wi 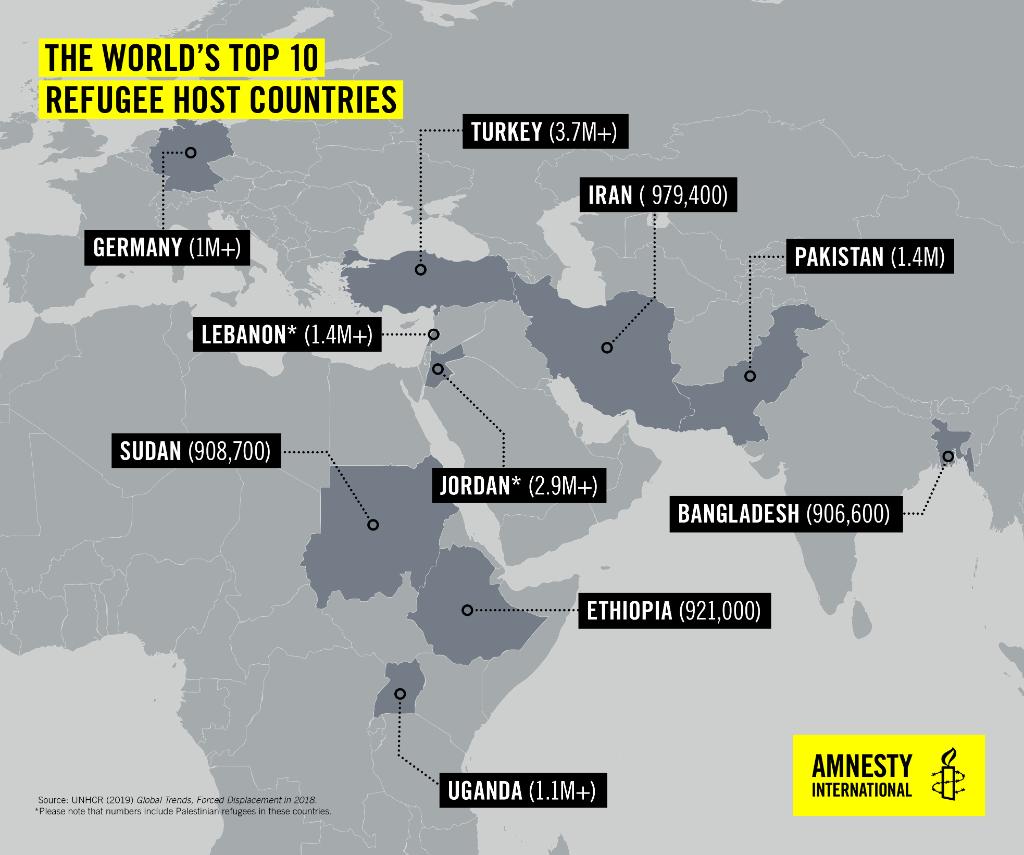