99% learn English as fast as they can – dodo! trying to get racists on his side With two weeks left in the race to become prime minister, the front-runner is tacking to the right, reflecting the views of Conservative Party members. 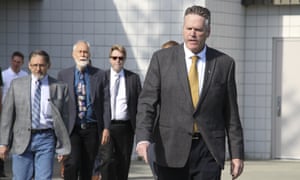 We rarely devote much attention to what happens in the largest state of the US. No, not Texas – Alaska, which is bigger, geographically, than the next three states combined (Texas, California and Montana). Separated from the mainland by Canada, Alaska is the biggest state yet has fewer inhabitants than the smallest (Rhode Island). This creates enormous challenges for governance, including in higher education. And Alaska governor Mike Dunleavy’s new budget will make these challenges far, far worse.

In a shocking example of political overreach, Dunleavy announced 182 line-item vetoes to his state’s 2020 budget last week. He thereby cut the budget proposed by the Alaska legislature by almost $410m in general funds. Almost one-third of the cuts will come from the University of Alaska system, which will see its budget cut by $130m – a staggering 41%.

The pooled prevalence of Zika infection in blood donations was 1.02%. The prevalence varied greatly and reached to high-risk level in most of the situations. The results suggest that nucleic acid tests (NAT) for blood screening and pathogen reduction/inactivation technology (PRT) should be implemented in Zika-endemic areas and appropriate strategies should be designed according to different conditions.