Liar and pimping to bigots! 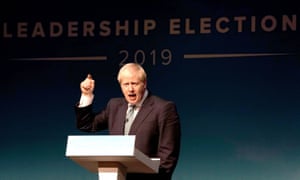 Boris Johnson has said there are “too many parts of our country” where English is not spoken as a first language and that he would require all immigrants to Britain to learn English.

At a hustings event for the Conservative leadership race in Darlington on Friday, the former mayor of London praised the capital’s diversity but suggested some communities were not doing enough to integrate into society.

The Democratic Republic of the Congo (DRC) recorded at least 51 new cases of the Ebola virus since the beginning of the week.

“Hundreds of DoD-affiliated individuals” were recently identified as suspects in child pornography cases, according to an investigation by the Defense Criminal Investigative Service.

The US consulate accused a German-Iranian father of using his late son’s funeral as an excuse to migrate to the US. Seyed Shahram Iranbomy was denied the visa he needed to attend. He’s lived in Germany for 40 years.

Thousands of kilometers of the pungent, slimy algae has built up over the past decade, partly due to climate change. Mexico has spent millions removing the seaweed from its beaches. 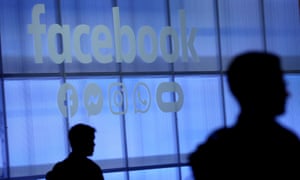 In the weeks leading up to a tightly contested 2018 midterm election in Virginia, a Facebook page called “Wacky Wexton Not” ran an ad that pictured Democratic congressional candidate Jennifer Wexton next to Nazi troops. Another labeled her an “evil socialist”. Yet another referenced Nazi uniforms, stating, “Wexton and her modern day brown shirts. They Are Evil. They Hate America. They Hate You.”

You can still have a huge impact by spending very little.

If elected president, 2020 Democratic contender Julián Castro said he would create a commission to explore the possibility of reparations for slavery.

During a stop Sunday at the South by Southwest Festival in Austin, Castro did not commit to paying reparations but said it should be part of a topic of conversation for a commission or task force that could explore that and other issues surrounding the nation’s history with slavery.

“I’ve long believed the country should consider reparations because of the atrocity of slavery,” said Castro, a former San Antonio mayor who was President Barack Obama’s Secretary of Housing and Urban Development. “I also believe that we’re never going to fully heal as a country from the racial divide until we’ve addressed the tremendous wrong that was done with slavery.”

Former Obama cabinet official and current Democratic presidential candidate Julian Castro crushed rival Bernie Sanders‘ argument against “writing a check” for reparations, noting that Sanders’ solution to a host of other issues is to do just that.

On Sunday morning’s edition of CNN’s State of the Union, host Jake Tapper asked Castro for his reaction to a clip of Sanders responding to a question about support for slavery reparations by asking what his rivals mean by reparations.

Castro noted that he has promised a “task force” to explore reparations, but zeroed in on a different Sanders remark on reparations. In a recent appearance on The View, Sanders said that “our job is to address the crises facing the American people and our communities, and I think there are better ways to do that than just writing out a check.”