Genocide and concentration camps belong to all who have been marginalized, murdered, and tortured over racism and terrorism. Republicans, especially Representative Liz Cheney of Wyoming, excoriated Representative Alexandria Ocasio-Cortez, saying she demeaned the memory of those who died in the Holocaust. 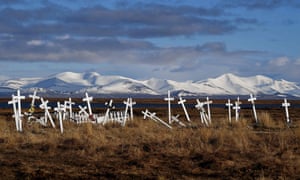 Permafrost at outposts in the Canadian Arctic is thawing 70 years earlier than predicted, an expedition has discovered, in the latest sign that the global climate crisis is accelerating even faster than scientists had feared.

A team from the University of Alaska Fairbanks said they were astounded by how quickly a succession of unusually hot summers had destabilised the upper layers of giant subterranean ice blocks that had been frozen solid for millennia. 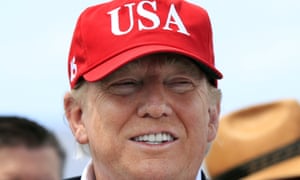 Public broadcaster replies with a quick ‘G’day!’ after US president lashed out at what he thought was the US commercial network

The ABC has become the unwitting target of one of Donald Trump’s famous Twitter tantrums, with the US president labelling the Australian public broadcaster “fake news”.

But in a classic case of mistaken identity, our ABC has been mistaken for, well, their ABC, after Trump mistakenly tagged the Australian public broadcast in a Tweet meant for the US commercial news network of the same name.

Profiteering is his game and selling you out his joy! 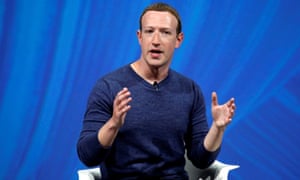 Facebook has announced a digital currency called Libra that will allow its billions of users to make financial transactions across the globe, in a move that could potentially shake up the world’s banking system.

Libra is being touted as a means to connect people who do not have access to traditional banking platforms. With close to 2.4 billion people using Facebook each month, Libra could be a financial game changer, but will face close scrutiny as Facebook continues to reel from a series of privacy scandals.

Because, he’s a TRAITOR.

Never forget…during the 2016 Election Cycle, when President Obama was first alerted at the attempts of the Russians to interfere, he wanted to make a bi-partisan statement, informing the American people of what was happening, and that, AS AMERICANS, both Democrat and Republicans were standing up against this threat from Russia. He did not…BECAUSE MCCONNELL WOULDN’T GO ALONG WITH IT.

The man is a TRAITOR to this country. Can’t be surprising, since, on the night of Barack Obama’s Inauguration, in the midst of the greatest economic downturn this country had seen since The Great Depression, he met with other GOPers to form a plan to block anything that President Obama would present. No matter how it would help the country. He chose ECONOMIC TREASON against this country in 2009. And, ACTUAL TREASON against it in 2016.

WASHINGTON — A raft of legislation intended to better secure United States election systems after what the special counsel, Robert S. Mueller III, called a “sweeping and systematic” Russian attack in 2016 is running into a one-man roadblock in the form of the Senate majority leader, Mitch McConnell of Kentucky.

The bills include a Democratic measure that would send more than $1 billion to state and local governments to tighten election security, but would also demand a national strategy to protect American democratic institutions against cyberattacks and require that states spend federal funds only on federally certified “election infrastructure vendors.” A bipartisan measure in both chambers would require internet companies like Facebook to disclose the purchasers of political ads.

Another bipartisan Senate proposal would codify cyberinformation-sharing initiatives between federal intelligence services and state election officials, speed up the granting of security clearances to state officials and provide federal incentives for states to adopt paper ballots.

But even bipartisan coalitions have begun to crumble in the face of the majority leader’s blockade. Mr. McConnell, long the Senate’s leading ideological opponent to federal regulation of elections, has told colleagues in recent months that he has no plans to consider stand-alone legislation on the matter this term, despite clamoring from members of his own conference and the growing pressure from Democrats who also sense a political advantage in trying to make the Republican response to Russia’s election attack look anemic.