He is now likely to be held at the Metropolitan Correctional Center, a federal detention center in Lower Manhattan, while he awaits trial. He may also remain at the federal prison in Loretto, Penn., where he is serving his sentence, and brought to New York for hearings, according to the people with knowledge of the matter. The former Justice Department officials and current state prosecutors, who regularly handled the transfer of federal inmates to state custody, said they were surprised that the second-highest official in the Justice Department would take an interest in the case. The decision is usually made by the warden at the prison where the inmate is being held. Justice Department officials were unable to say who made the decision in Mr. Manafort’s case; the Bureau of Prisons, which is part of the Justice Department, did not respond to a request for comment. 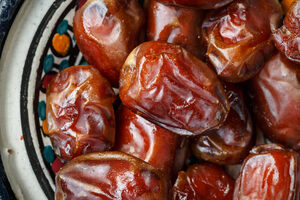 To coax sugary dates from the sand, Siwa’s farmers must first reclaim the desert. An oasis in western Egypt just 30 miles from the Libyan border, Siwa has been home to humans for around two million years. Since pharaonic times, the oasis has hosted farms producing some of the most prized dates in Egypt. In that time, Siwa’s farmers have perfected the art of growing tall, spiny date palm trees in scorching heat. Date trees are hardy, thriving on the oasis’s brackish water—filled with the region’s famous salt—and local farmers coax more than 25,000 tons of dates from 280,000 trees per year. Despite this abundance, over the past century, many of the traditional local date varieties, folk cultivars nurtured by the region’s Berber tribes, have disappeared, with several others at risk.

Siwan farmers’ traditional agricultural knowledge has been recognized as a United Nations Globally Important Agriculture Heritage System for their incredible ability to coax life from the desert. The Siwa oasis contains a rich latticework of agricultural patches, where date palms, olive trees, and herbs grow in tiered harmony, the crops intermingling in complex gardens. To cultivate a new patch of land, farmers first remove the top soil and replace it with a mixture of manure and sand, which they then flush with fresh water. The first crops are always medicinal herbs. Then, farmers plant date palm and olive trees. It takes 10 years for a new date palm to mature, but once it does, the tree yields generous fruit: around 110 pounds of dates per year, each picked with the skilled hands of a farmer scaling the trees using nothing more than a woven belt.

The dates are eaten fresh, or are desiccated in 160-degree ovens until dry, their dense flesh sweet and caramel-sticky, their skin slightly crisp with a frost of crystallized sugar. Every part of the date palm is significant in Siwa, from fronds woven into beds and boxes to trunks used to make homes. And then, of course, there’s the fruit itself. The dates can be cooked with goat meat to a luscious musky-sweet or mixed with eggs and olive oil for breakfast. They can also be mixed with flour, water, and olive oil, and boiled slowly, patient cooks ever-stirring, until the mixture reduces to tagilla, a local dessert.

Up until the 19th century, local Berbers cultivated dozens of unique date varieties, which their camels carried to Cairo by the ton. Today, however, six major cultivars remain—and of those, three have become exceptionally rare.  Most common are the Siwi, Frehi, and Azzawi varieties. The Ghazaal, which has a medium-soft texture, is seriously endangered, as is the Amnzou. The Takdat, its flesh soft, is also at risk. At the same time, the 1985 construction of a road from Siwa to the Mediterranean port city of Marsa Matruh has brought cars, imported produce, and tourists to the oasis, making the survival of local agricultural tradition even more tenuous. In the past few years, the local Siwa Community Development Environmental Conservation group, consisting of representatives from the 13 villages and 10 different tribes of the oasis, has been collaborating with the U.N. to protect this ancient heritage. With any luck, the dates that have graced Egyptian tables since ancient times will continue fruiting in the desert.

Native Americans were also imprisoned there too.

You know, when this all started, there were those of us who brought up concentration camps. And, we definitely brought up the Japanese Internment Camps during WWII. But, you had folks, especially in the media, who poo-pooed us, and told us that we were exaggerating, and being melodramatic.

The Trump Administration has opted to use an Army base in Oklahoma to hold growing numbers of immigrant children in its custody after running out of room at government shelters.

Fort Sill, an 150-year-old installation once used as an internment camp for Japanese-Americans during World War II, has been selected to detain 1,400 children until they can be given to an adult relative, according to the U.S. Department of Health and Human Services.

The agency said Fort Sill will be used “as a temporary emergency influx shelter” to help ease the burden on the government as it prepares to house a record number of minors even though it already operates about 168 facilities and programs in 23 states.

If you already operate 168 facilities….why do you need one that was used as a Japanese internment camp?

These demons are telling you who they are. And, it’s up for us to stand up against this.

YOU need to understand that I have no respect for them, and want to have nothing in common with them.

And, this happened this weekend

Refugee Girl’s Death
Gurupreet Kaur, 6 yrs old, has died of hyperthermia in Arizona.
Her mother had been searching for water.