Thousands walk off the job to protest workplace inequality, condemn sexual violence and demand longer paternity leave in Switzerland, where women did not win the right to vote until 1971.

Artist says he will “stand up for what’s right” rather than “lie about BDS for a check.”

Like Loading...
News
A Vermont-based flour company is voluntarily recalling some bags of flour due to potential E. coli contamination.

As the death toll rose to two, health officials reported three unrelated suspect cases and said as many as 27 people may have been exposed to the virus. 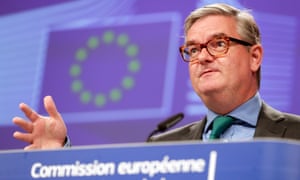 Arizona cops threatened to shoot a Black mother in the head because her 4 year old took a doll from the Dollar Store without paying for it. It’s unbelievable to watch. Savage beasts terrorizi…

The effort to edit, and ultimately suppress, the prepared testimony by the State Department’s Bureau of Intelligence and Research comes as the Trump administration is debating how best to challenge the fact that burning fossil fuels is warming the planet and could pose serious risks unless the world makes deep cuts in greenhouse gas emissions over the next decade. Senior military and intelligence officials have continued to warn climate change could undermine America’s national security — a position President Trump rejects.

Officials from the White House’s Office of Legislative Affairs, Office of Management and Budget, and National Security Council all raised objections to parts of the testimony that Rod Schoonover, who works in the Office of the Geographer and Global Issues, prepared to present on the bureau’s behalf for a hearing Wednesday.

The document lays out in stark detail the implications of what the administration faces in light of rising carbon emissions that the world has not curbed.

“Absent extensive mitigating factors or events, we see few plausible future scenarios where significant — possibly catastrophic — harm does not arise from the compounded effects of climate change,” the document said.

I once went to a grad school costume party with three different Frida Kahlos and can’t remember the last time I visited a museum gift shop without seeing her self-portraits printed on coffee mugs alongside those of Van Gogh. But while her paintings are some of the most famous and recognizable in the art world, perhaps…

Racism pure and too simple in America and especially in
trumpland

When Steven Mnuchin announced that the redesigned $20 featuring Harriet Tubman would be delayed until 2028, he claimed the setback was beyond his control—a buffer to work out anti-counterfeiting measures. But a new report from the New York Times calls bullshit, showing that the Treasury had already hammered out a…

Diagrams from the autopsy report indicate that Anthony Vargas was shot 13 times from behind.