Money can’t buy you love or a ticket out of results of your actions. 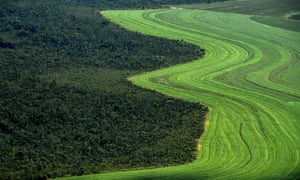 Brazil has approved hundreds of new pesticide products since its far-right president, Jair Bolsonaro, took power in January, and more than 1,000 since 2016, a study has found. Many of those approved are banned in Europe.