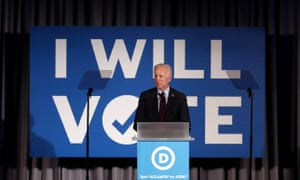 As lawmakers debate whether to impeach Trump, Democrats at Atlanta’s I Will Vote gala held reproductive rights and voting above other issues

A fierce debate over whether or not to try and impeach Donald Trump is roiling the Democratic party in Washington, pitting scores of lawmakers in favor of impeaching Trump against the party’s leadership, led by the House speaker Nancy Pelosi.

The hotly contested argument has divided the 2020 campaign trail too, as a slew of Democratic candidates, including Elizabeth Warren and Bernie Sanders, have joined the impeachment movement, while frontrunner Joe Biden has resisted the push.