wtf – When Trans people are bing killed by those who are inspired by such videos? 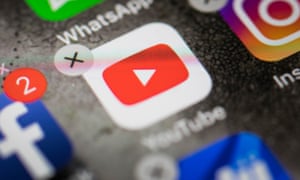 YouTube has sparked outrage by defending an American man who subjected a journalist to repeated homophobic abuse in videos presented to millions of people, arguing that his “criticism” was debating rather than harassment.

Carlos Maza, a video journalist for the US news site Vox, went public last week with a complaint that the rightwing YouTube personality Steven Crowder was engaged in a long-term homophobic harassment campaign. In a compilation video Maza created of some of his mentions on Crowder’s show, the host attacks Maza as a “gay Mexican”, “lispy queer” and a “token Vox gay atheist sprite”.