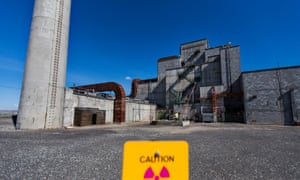 Energy department says labeling some waste as low-level at sites in Washington state, Idaho and South Carolina will save $40bn

The US government plans to reclassify some of the nation’s most dangerous radioactive waste to lower its threat level, outraging critics who say the move would make it cheaper and easier to walk away from cleaning up nuclear weapons production sites in Washington state, Idaho and South Carolina.

The Department of Energy said on Wednesday that labeling some high-level waste as low level will save $40bn in cleanup costs across the nation’s entire nuclear weapons complex. The material that has languished for decades in the three states would be taken to low-level disposal facilities in Utah or Texas, the agency said.