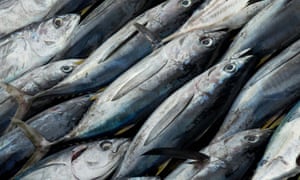 The world’s biggest canned tuna brands are failing to tackle modern slavery in their Pacific supply chains, leaving thousands of workers at sea under threat of human rights abuses, a report has found.

According to findings published on Monday by the Business & Human Rights Resource Centre (BHRRC), an international corporate watchdog, only four of the world’s 35 largest tuna retail brands said they conducted due diligence with the specific aim of uncovering modern slavery in their supply chains.