US News: WASHINGTON: The ever-present issue of racism and nativism has erupted again in the US political area, this time drawing Kamala Harris, the mixed-race . 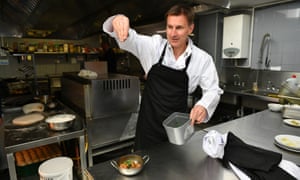 via aleksey godin – thanks

Liberalism, political doctrine that takes protecting and enhancing the freedom of the individual to be the central problem of politics. Liberals typically believe that government is necessary to protect individuals from being harmed by others, but they also recognize that government itself can pose a threat to liberty. As the revolutionary American pamphleteer Thomas Paine expressed it in Common Sense (1776), government is at best “a necessary evil.” Laws, judges, and police are needed to secure the individual’s life and liberty, but their coercive power may also be turned against him. The problem, then, is to devise a system that gives government the power necessary to protect individual liberty but also prevents those who govern from abusing that power.

Liberalism is obsolete, Putin said. It has outlived its purpose.

“Putin’s position is that Russia has a specific and different kind of civilisation, where sovereignty trumps democracy, and national unity and stability trumps rule of law and human rights,” says Prof Cox.

“Not surprisingly, he’s not keen on Western-style liberalism, which he’ll see as a fundamental challenge to his style of government.

“More broadly, he’s also trying to send the message that there’s an alternative to the liberal-style, capitalist, democratic model of society.”

We have to discuss his special opinions because of his position. He is a dictator of a poor but large nuclear-armed country. By the way, any kind of liberalization is a direct threat to his autocratic rule.

“What I find really obsolete are authoritarianism, personality cults, the rule of oligarchs, even if sometimes they may seem effective,” he added.

Is liberal democracy obsolete, has it outlived its purpose? In any case, if we have to adjust something, first we should say farewell to tribal alpha males and forget their opinions.

And several tweets via dailykos.com —

Putin : Biggest Cleptocract on the planet says “The Liberal idea has become obsolete”. In Russia for sure. In Europ… twitter.com/i/web/status/1…

In other words: Putin promulgates alt- right caricature of liberalism and says he is against it twitter.com/lionelbarber/s…

Every fascist & communist dictator in history has said that. None has led societie… twitter.com/i/web/status/1…

Vladimir Putin and his populists friends think Liberalism is dead. Time to fight back, be more bold, and stand up f… twitter.com/i/web/status/1…

Whoever wins the Democratic nomination must swear that America will lead again as the world’s greatest defender of… twitter.com/i/web/status/1…

Biden should know, as the Irish say, that the past is never past.

There is indeed an American behind the website — that much is unambiguously true. But he is very much a political player, and a Republican one at that. His name is Patrick Mauldin, and he makes videos and other digital content for President’s Trump’s re-election campaign. Together with his brother Ryan, Mr. Mauldin also runs Vici Media Group, a Republican political consulting firm in Austin whose website opens with the line “We Kick” followed by the image of a donkey — the Democratic Party symbol often known by another, three-letter, name.

Mr. Mauldin, who has not been previously identified as the creator of the website, said he had built and paid for it on his own, and not for the Trump campaign. But the campaign knows about the websites, raising the prospect that the president’s re-election effort condoned what is, in essence, a disinformation operation run by one of its own. 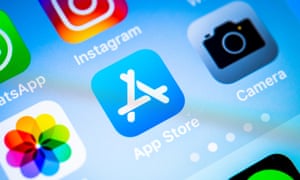 Unless we start taking online misogyny seriously, we are going to face a future where women may not be able to exist online

Germany’s domestic intelligence agency says a conspiracy of neo-Nazis compiled a list of political opponents and ordered 200 body bags and quicklime in preparation for a potential collapse of state order, named “Day X.” Most of the more than 30 preppers, who called themselves Nordkreuz (Northern Cross), were associated with Germany’s police and military, including several former and one active member of the elite forces unit of the state police of Mecklenburg Western-Pomerania.

The BfV also believes that the group, which communicated via the messenger app Telegram, was preparing for Day X with “enormous intensity,” and had used data from police computers to compile a list of 25,000 names and addresses.

These mostly belonged to local politicians from Germany’s main political parties, the Christian Democrats, Social Democrats, Greens, and the Left party. All of of the politicians were considered supporters of “pro-refugee” policies. 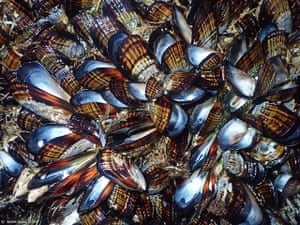