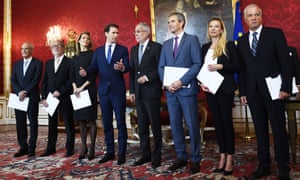 Caught out in a scandal, the Freedom party is playing the victim and dangerously undermining trust in democracy

It is hard to shock the population of a country where racism and corruption have become so normalised that they are considered business as usual. Yet, the latest revelations of Austria’s “Ibiza scandal” are on an entirely new scale, setting in motion a complete meltdown of Austria’s coalition government.