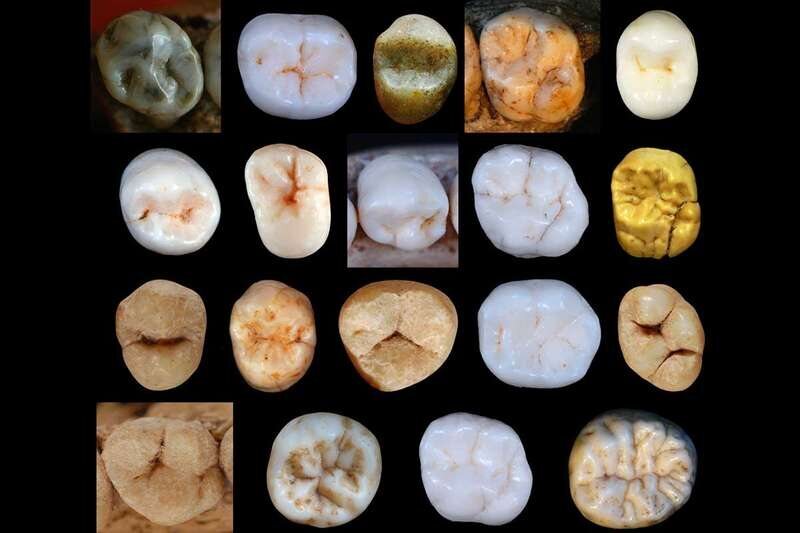 Deep within the Atapuerca Mountains of northern Spain, a cave called the “Pit of Bones” became the final resting place for some very tiny ancient teeth. The teeth aren’t just tiny—they’re unusually small, almost shrunken in comparison with the Neanderthal skulls they came from. According to Aida Gómez-Robles, who works at University College London as an anthropologist, this strange size discrepancy could suggest that Neanderthals and modern humans split off far earlier than previously thought. She published her findings on May 15, 2019, in Science Advances.

To be fair, scientists have never been able to agree precisely when we diverged from Neanderthals. Previous DNA estimates suggest the two groups split around 400,000 years ago, according to the study. But these tiny teeth don’t fit squarely into that timeline. Though they date back 430,000 years, they look eerily similar to the teeth of Neanderthals that lived much later, with features distinct from those of Homo sapiens.

According to Gómez-Robles’s past research, hominid teeth evolve at a relatively standard rate and tend to become smaller over time. The teeth of the last known common ancestor of Neanderthals and modern humans were larger and more primitive, according to the study. So in order for Neanderthals to develop teeth as small and distinctively shaped as those found in the Pit of Bones, they would have needed to split from Homo sapiens much earlier than previously thought. As Gómez-Robles told Science, “there wasn’t enough time for Neanderthal teeth to change at the rate [teeth] do in other parts of the human family tree”

To test this theory, Gómez-Robles calculated the rate at which the teeth found in the Pit of Bones would have needed to evolve after Neanderthals split from their common ancestor with Homo sapiens, according to Science. According to these models, Neanderthals would have needed to split from Homo sapiens somewhere between 800,000 and 1.2 million years ago.

Not everyone’s convinced. The paleoanthropologist Rick Potts, who directs the Smithsonian’s Human Origins Program, believes researchers shouldn’t jump to conclusions that all dental rates of evolution would be this standard, according to a story in Smithsonian Magazine. Gómez-Robles says it is possible that the teeth simply evolved at an unusually rapid rate due to the genetic bottleneck effect seen in remote, isolated populations. But she believes this rapid evolution would have resulted in other physical changes beyond the teeth, as she told Smithsonian.

The “Pit of Bones,” or Sima de los Huesos, has been an enormously significant treasure trove for scientists studying the remains of early humans. It’s also a chillingly accurate name. The depression extends more than 46 feet below the surface, topped with layers upon layers of bones from cave bears. But under the bear bones, the pit holds one of the largest collection of human fossils found anywhere in the world, National Geographic reports. Archaeologists have unearthed over 6,500 human bones from the cave, including several nearly intact human skulls—a real needle in the haystack as far as 300,000-year-old human remains go. One of Sima de los Huesos’s most remarkable skulls opened up a 430,000-year-old murder mystery, bearing two fractures on its forehead that came from “multiple blows” from someone with “an intention to kill,” the BBC reports.

If Gómez-Robles is right, she may have filled in a crucial blank in the timeline of humanity’s family tree. Her research would rule out any possible shared ancestral species between Homo sapiens and Neanderthals that evolved 800,000 years ago. If she’s wrong, at least she’s now intimately familiar with some very old, very tiny teeth.

After months of speculation, New York City Mayor Bill de Blasio is officially running for president, an announcement that definitely has most New Yorkers going, “…why?”

PIKETON, OHIO—David and Pam Mills have grown tomatoes, peppers, cucumbers, and okra on their secluded Appalachian property for about 18 years now. This will be the first year the retired couple doesn’t. They just can’t trust their soil anymore. Not with what’s being built barely a five-minute walk away.

Could a change in the law and the nuns who run a residence for women with learning disabilities have seen to it for the party to get most votes in Gotarrendura?

Source: Rise of the far-right in Spain: The suspicious victory of far-right group Vox in a tiny town in Ávila | In English | EL PAÍS